My interview with John C. Richards Jr. on how we are doing with race and justice today.
Ed Stetzer 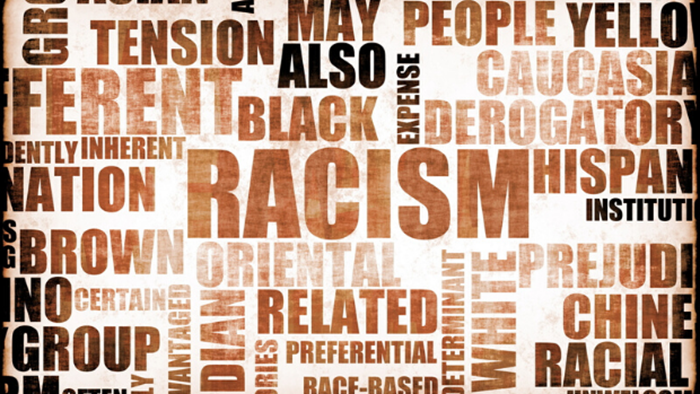 Image: By kentoh via Shutterstock
Today I am glad to share a conversation I had not too long ago with my friend John Richards on the topic of race and justice. You can view the entire interview here. John serves as pastor of assimilation at St. Mark’s in Little Rock, Arkansas, but I got to know John when he served as managing director here at the Wheaton College Billy Graham Center.

Ed: Tell us a bit about what you are up to in fighting for racial justice.

John: I'm from Brunswick, Georgia. My hometown is there, born and raised there 18 years, spent 18 years of my life in Brunswick. This is where the Ahmaud Arbery murder happened in February. Folks from my hometown reached out to me and wanted to talk about what they could do to get the case on the national radar. The McMichaels had been not arrested for at least 60 days around that time. A lot of folks locally were asking a lot of questions.

In my background as a lawyer, I gave them some peaceful action steps. I am an advocate of nonviolent demonstration. One of the things that you can do is advocate for victims when they don't have voices. One of the things I asked them to do was call local authorities to get it on the national radar.

Thirty days later, it became a national story. A lot of people saw the video. That's when the Georgia Bureau of Investigation came in—when local authorities did not arrest them.

As soon as they came to the scene, the third gentlemen had the video and showed it to them. Even based on that evidence, they refused to make an arrest. I've been involved in that since March when we were trying to get this on the national radar. I think one of my good friends put it well when he said, "Brunswick, Georgia was the match and Minneapolis was the gasoline," and we're all seeing that social fire burn right now.

Ed: Why are you concerned about white pastors not speaking up on some of these issues?

John: Martin Luther King, Jr. is one of my heroes in the faith in terms of him making and effecting real change. During his time, there was a dichotomy in the black community. You either had the Martin Luther King folks, or the Malcolm X folks.

Thankfully, King's argument won the day, which was nonviolent protest and intended to help move our country forward. But the question becomes, How far have we come?

Ahmaud Arbery was shot February 23rd. Some white pastors have been preaching patience since then and asking that the legal system run its course. One mentioned that, "We have to let the wheels of justice turn." I responded, “It's very hard to let wheels turn when the car is on blocks, and there are no wheels.”

One of the things that we wanted to do was put wheels on that car so they could turn. We reached out to local authorities. It was nonviolent. It was a resistance, but it was a resistance that caused change. That's what we set out to do. I continue to call my local clergy members to the carpet on their silence in all of this.

I understand the hesitancy to jump into things like this early on in the process, but you don't need to be hesitant to jump into lament or the anger that someone created in the Imago Dei has their life cut short.

When I heard Mr. Floyd crying as a grown man for his mom, he used affectionate terms, saying, "Mama." To watch him die while other people looked on brought tears to my eyes. I'm tired of begging people to display righteous anger and asking them to speak up about black pain that's on public display. To see that and not hear anything about that from fellow clergy was difficult for me.

Ed: One of the things that we've been trying to do here is to elevate the voices of black evangelicals. The posture I've tried to take in the midst of this is imperfect, but is a posture of listening and listening to you and to other African American leaders and others. What have you seen lately that concerns you in regards to how white pastors are responding?

John: I'm in a predominantly African American church here in Little Rock, Arkansas. We're walking through the book of Mark through a series called Chain Breaker. This Sunday, we happened to be on the text where Jesus walks on the water, and the disciples are afraid. The sermon title was “Not Another Storm!” Obviously, there's cultural connections there.

Overwhelmingly, when you look at African American sermons from Sunday, you're going to see connections to what is going on around us.

One of the things that concerned me is that I had a colleague reach out to me who said, "I attended church at a predominantly white church, and I got a two-minute prayer about this. Then the pastor went on to continue our series on marriage."

In a culture where we've experienced this kind of pain, one pastor decided that he was going to continue a series on marriage without addressing the elephant in the church. I saw more of this on social media. This is concerning for me because the silence is still speaking. Even when you're silent, you're saying something.

Ed: I'm going to ask some questions that I would expect Anglo pastors might ask. Some of the questions will be, “Well, what would you have us to say? What would have been the right thing to say? Should I have been to do the whole sermon differently? Would it have been better to address this inside of the context of what we were already preaching on?” What would be your recommendation?

John: To paraphrase a quote from Karl Barth: "You got to have the Bible in one hand and the newspaper in the other." We need to be able to address what's going on in the culture around you in the text if we are expository preachers.

Many people preached on Pentecost on Pentecost Sunday. Talking about Pentecost and what’s going on today is low-hanging fruit from a preaching perspective. You're talking about unified folks and being able to speak in people's language. Those are things you can address from the pulpit while remaining faithful to the church calendar. I think that sometimes we need to take divine detours.

Ed: How would you then help pastors who weren't sure how to address this issue?

When you don't understand people outside of your social location, you're going to view their experience through your own lens. Finding other lenses through which you can look at scripture is important. This is a big problem in our Western context because most of our commentators are Anglo.

But there are pastors, teachers, and preachers who have preached messages on certain texts that might be helpful if you go and look at some of their messages. I would say that even if you don't know how to apply it to the context, look for other sources to help you. You do that in the commentary sense when you go and prepare your message through commentaries. Step outside of the box and listen to some other voices.

Ed: Let's talk about the riots that occurred. How do we think through that from a biblical standpoint?

John: Some of the statements surrounding the riots is indicative of our culture. We're bipolar and polarized, and some people are going to be sitting in one place or another. I think there's a third way. People are appropriating King without understanding him. King did write that, "Riots are the language of the oppressed."

But King also was very clear on rioting. He says, "Nowhere have the riots won any concrete improvements, such as have the organized protest demonstrations."

He's trying to push people towards organized protest. On violence, he says, "Through violence you may murder a murderer, but you will never murder murder." He's essentially saying, “I understand the language of these riots, but that's not the end game for me.” As pastors, we have to say that we understand that we live in this fallen world. We understand that some of the people rioting do feel oppressed.

Ed: Is there any hope towards people moving together to fight injustice, and if there is, where is that hope?

John: I think there is hope. I believe in the gospel and the gospel is the ultimate hope not just for this world, but for this society and culture. When you have gospel-centered people and people who live out the gospel, this can have significant impact on the culture and society around us.

As long as I'm preaching and teaching the gospel, I'm always going to have hope. Now I'll be clear with you, it's becoming increasingly hard to be a bridge builder, when people on the other side of that bridge are waiting to verbally attack me.

It's like I'm walking across a bridge and I see somebody just waiting to attack me. But I'm dedicated and committed to that work because I know that it's not going to take one community to do it. It's going to take all of us to do it.

When you look at the Emancipation Proclamation, Frederick Douglass didn't sign that. When you look at the Voting Rights Act, Martin Luther King did not sign that. It's going to take all of us, and I'm committed to doing that work together on a unified front, but I want to make sure I also tell my brothers and sisters, that you’ve got to listen well in this season.

Ed: How are we doing as white evangelicals today, and what do we need to do in this moment?

John: I think it's probably much harder today for an evangelical to recognize his or her blind spots when it comes to race and racial tension. When you look at history, you always go back and think about what you could have done differently. I much rather my brothers and sisters today not have that perspective.

Because in 1963, Martin Luther King was a rabble rouser for most people, and now we have a national holiday named after him.

Ed Stetzer: What resources would you commend to folks who are interested in stepping into this kind of work?

John: I would say get a full view of King. His Testament of Hope is literally everything that he wrote and spoke over the years. Rather than having memes and tweets that are one-offs, it’s good to understand who he was as a person.

Then Ronald Takaki's A Different Mirror. It is a historical perspective on the multicultural dynamics in America, especially early on. Some of your ancestors came over as immigrants, and had similar experiences from some of my ancestors as indentured servants in the Northeast. Jemar Tisby also wrote a book called The Color of Compromise.