Race, Gospel, and Justice: An Interview with Esau McCaulley, Part 1

I don't know what it is to be a minority in America. That's why this series will focus on the thoughts of those who do.
Ed Stetzer 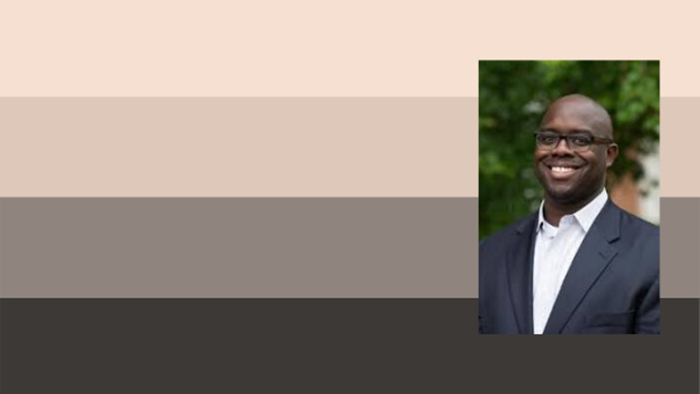 Image: Photo by Katherine Benware
We have all been stirred by the events surrounding the death of George Floyd as well as the protests happening across the country. I wrote, “George Floyd, a Central Park 911 Call, and All the Places Without Cameras,” last week. Over the weekend, I invited John Richards to write a guest post, “Letter From a Quarantined Home: Expressing Disappointment with Some of My White Brothers and Sisters in Christ.”
To better understand the reaction to his death, to think about how we can respond as believers to the protests, and to consdider how we should address looting and riots, I interviewed my colleague and friend Esau McCaulley. The following multi-part series will walk us through that important interview. You can listen to that interview on my Moody Radio show, Ed Stetzer Live, right here. Or, we will post the interview in several parts here.

A holiday set aside to remember with gratitude and pride all the valiant soldiers who lost their lives throughout history in service to the United States. But this Memorial Day, we watched a video that reminded us instead of the horror and shame of racism that continues in America—the horror of watching George Floyd pinned down, a knee to his neck, until he no longer had breath, and as bystanders called for the police to let him up, will not be easily forgotten.

Videos of the officers and their treatment of George Floyd have gone viral globally. We have since seen the termination of all four officers involved and the arrest of Derek Chauvin, the officer whose knee caused Floyd to cry, "I can't breathe." We pray for justice on behalf of a man who died needlessly and cruelly.

We saw the unrest that followed. Now, we see protests in cities across our country. Many of the protestors, seeking to do so peacefully, were also opposing others who invaded the protests, inciting riots as well. We heard articulate calls for peaceful marches from Mayor Bottoms of Atlanta.

She called on protestors: "What I see happening on the streets of Atlanta is not Atlanta. This is not a protest. This is not in the spirit of Martin Luther King, Jr. This is chaos."

Social distancing measures were quickly forgotten as thousands gathered in cities nationally, portending a potential spike in the coronavirus in the middle of the outcries for justice.

We saw Ahmaud Arbery killed in February, followed by the arrest and murder charge of father and son Gregory and Travis McMichael. On March 13, just as the pandemic's impact was beginning to be fully realized, Breonna Taylor was killed when police executed a search warrant for selling drugs. Now, captured on video, Floyd's helpless body on the ground, with a knee to his neck, brought back painful images for people of color of abuse, and even of lynching in our history.

Protests all over continue to mount.

Interpreting What We Are Seeing

Depending upon your preexisting narrative it can be hard to process this. In your mind, you might be thinking, "Well, this happened because of ________." I don't know what ________ is for you, but I believe whenever there is a community that is hurting, or there's a community that is experiencing unrest, the first thing that we can and should do is listen to people in that community. I don't know what it is to be a minority in America. That's why this series will focus on the thoughts of those who do.

In the past, following Ferguson, I posted articles here that featured thoughts from pastors of color who can help us understand. After Ferguson, I thought, Why do white evangelicals, or whites in general, poll with a different reaction than African Americans?

We're being provoked to love and good deeds (Hebrews 10:24) by African American leaders. These are people who are teaching the Bible to evangelical leaders. I launched a series called A Time to Listen. The subtitle was "Listening to African American Evangelicals on Race." These were followers of Jesus, Bible-loving, gospel-proclaiming African American evangelicals who are kind of having a different reaction to Ferguson, and likely the same today.

Now here we are. And, I think it is good to listen again. You can listen to my conversation with John Richards in our Facebook conversation today.

Again, I think that's a good time for us to listen to our sisters and brothers in the African American context. In the following articles in this series, we will do just that. I will be interviewing Esau McCaulley, a evangelical New Testament scholar and a priest in the Anglican Church in North America. Esau is fairly new to the faculty at Wheaton College and has become a friend.

Esau's book Reading While Black: African American Biblical Interpretation as an Exercise in Hope will be released in November of this year. I believe you understand more clearly and be more sensitive personally to the issues of our time because of what Esau has to say.

You can find the second part of this series here.

Race, Gospel, and Justice: An Interview with Esau McCaulley, Part 1

Race, Gospel, and Justice: An Interview with Esau ...