When you add racism to political or economic power, then the racist is able to put in place systems or policies that disadvantage African Americans or other people of color.
Ed Stetzer 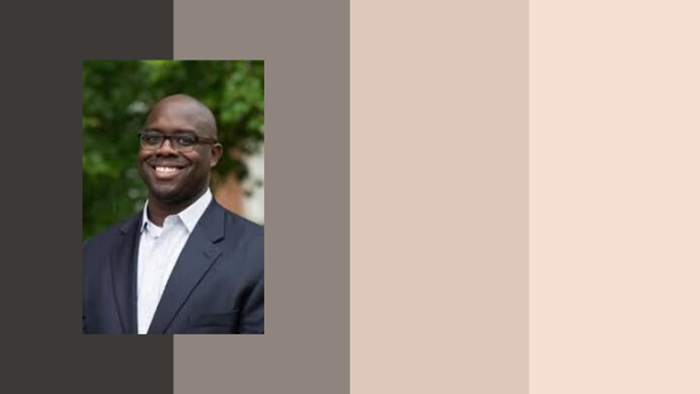 Easu is Assistant Professor of New Testament at Wheaton College and a priest in the Anglican Church in North America. He's the canon theologian in his diocese, and he directs the Next Generation Leadership Initiative across the Anglican Church in North America. Esau writes for the New York Times, the Washington Post, Christianity Today and others. He's one of the hosts of a podcast called The Disrupters. You will want to read his new book Reading While Black: African American Biblical Interpretation as an Exercise in Hope that comes out in November of 2020. The following multi-part series will walk us through that important interview. You can find Part One here.

Ed: Can you start with your own personal journey?

Esau: I come from a family of ministers. My grandfather was a black pastor; he still is a black pastor. He's retired, but he still preaches. Black preachers never retire. I have aunts and uncles who are in the ministry. I grew up in a largely African American neighborhood and I knew about the gospel.

I also grew up in Alabama in a racially-divided city. There is a black part of town, and there's a white part of town. I know what it's like to be treated differently. I was pulled over by the police for nothing other than driving while black.

I have been searched and humiliated in a variety of ways. Part of what it meant for me to be a Christian growing up in America was making sense of the fact that, especially in a place like Alabama, we all believed or claimed to believe the same gospel about who Jesus is. But it seemed that some of the white Christian brothers and sisters who believed in Jesus were also the people who were oppressing us.

Or when something happened in our community, they were often slow to partner with us in pushing back on that oppression.

Ed: But, when a lot of people hear that and knowing your age, they might ask, "How would you see oppression in the '90s?"

Esau: I'll try to tell you one of 15 stories that I could tell. I'm driving from my home back to my college, about an hour away. A cop starts following me. I have a seatbelt on, and I'm following the law completely. A friend of mine is in the car with me. The policeman follows us for a couple of miles. We went from one city to the next. The city went from 50 miles an hour to 35 miles an hour. The cop pulls me over and says, "You had a sudden change in speed, so I pulled you over."

I said, "Well, we went into a speed zone." He asked, "Where you going?" I said, "We're going back to our college." He says, "Well I don't believe that you go to that college. Can I see..." Not your regular ID, which you had already given to him. He asked to see our college ID to prove that we were actually going back to the university. It's a largely white university. He also said he needed to see my friend’s ID, although he was in passenger seat and wasn't driving.

My friend was like, "Wait. I don't want to give it to him." I said, "We have to give it to him. We're in the middle of nowhere, between Alabama and Tennessee." We give it to him. He runs our stuff. At this point, I'm 20 years old. He comes back and he says, "Apparently you do go to this school. I want you boys to go straight to the school, and don't stop anywhere else."

Ed: Let me mention something that Léonce Crump told me. Léonce is tall and was an athlete. He's married to a white woman. He told me, "I've been pulled over at least once a year, and put on the ground a couple of times, since I could drive. And, the officer says to my white wife in the seat next to me, 'Hey, are you okay, ma'am?' each and every time."

That's not been my experience. I have three daughters. We've talked about how African American parents tell their sons how to respond to police interaction, but we did not have to have the conversation with them. What makes it different?

Esau: What I try to say to people is, "Anybody can be a racist. A racist is someone who has a sense of superiority because of the color of their skin." When you add racism to political or economic power, then the racist is able to put in place systems or policies that disadvantage African Americans or other people of color.

Unless we want to make the claim that nobody in power in any government or any business is racist, then we have to acknowledge that there's probably somebody with some racial bias, whose lack of sympathy or concern with the struggles of African Americans leads to a culture in which our oppression is perpetuated.

In the next article we will look specifically at the issue of systemic racism.