There needs to be a public and robust statement that the followers of Jesus are on the side of those who are being unjustly treated.
Ed Stetzer 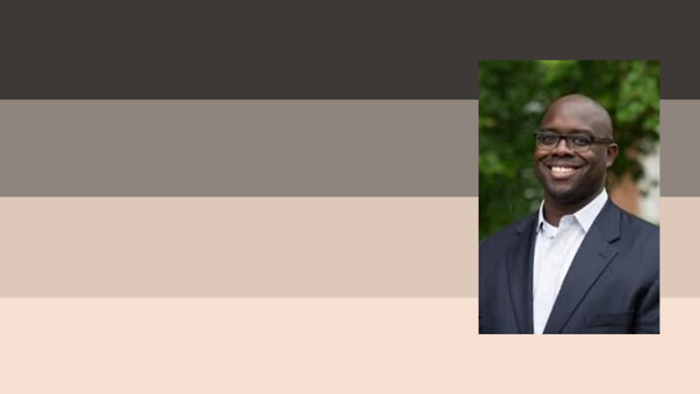 Esau is Assistant Professor of New Testament at Wheaton College and a priest in the Anglican Church in North America. He's the canon theologian in his diocese, and he directs the Next Generation Leadership Initiative across the Anglican Church in North America. Esau writes for the New York Times, the Washington Post, Christianity Today and others. He's one of the hosts of a podcast called The Disrupters. You will want to read his new book Reading While Black: African American Biblical Interpretation as an Exercise in Hope that comes out in November of 2020. The following multi-part series will walk us through that important interview. You can find Part One here, Part Two here, and Part Three here.

Ed: My family is from New York City. My grandfather was the first battalion chief for lower Manhattan, and my uncle was a New York City cop. As the city deterioted in those bad times, my parents moved us to a place called Levittown. It was the 1970s, and Levittown was struggling (as was our family).

I would later learn that black people weren't allowed to live in Levittown, and then discouraged to do so after it was legal. It was one of the founding realities of the town. As I kid, I’d wonder why it was all Irish and Italians, but there were no African Americans.

The reason is that structurally it was created so they wouldn't live there. We learn these things, and they undermine the narrative we first understood.

We both agree: Protests are good. Riots are not. Unpack that for us from your context.

Esau: There is a cycle of what happens. There's a racial incident. African Americans protest. Some of those protests from people inside and outside the community turn violent. People say, "Hey, look at this. Why aren't the Christians who are speaking out against the racial injustice equally strong speaking about the riots?"

There are couple of things that I want to say about that. First, there is no real question as to where Christians stand on riots. There isn't a kind of evangelical pro-riot, black riot faction. Therefore, on one level there is not a need to condemn rioting as a form of social protest, because everybody's clear about this.

The problem is that the very people who are mad at us for not being strong enough against riots are the same people who say systemic racism isn't a problem. This only manifests the contradiction.

There is no question we are all opposed to riots. There seems to be a question as to whether or not Christians should speak out against systemic oppression.

There needs to be a public and robust statement that the followers of Jesus are on the side of those who are being unjustly treated.

A riot is the manifestation of hopelessness.

The first thing that I try to do, and you've seen many African American leaders do this, is to say, "I get it. You're frustrated. It seems like these videos will never stop, and this has been going on for years." Then, once you've established that you care, you can begin to push back on the riot themselves.

You can't come to a community that you hate and then rebuke them for behaving in a way that you don't find is appropriate. You didn't care about them anyway.

The only people who have the social and moral standing to speak to a community of unrest is people who at least can begin to understand the cause of that unrest.

As a Christian, I believe that the means and the ends must be one. You can't have a good end with an improper means. If the end is justice, for the Christian the means themselves have to be just. The Christians who are protesting against systemic oppression, at least those who are biblically faithful, are the ones who are saying, "Ultimately, even if I understand some of the frustration that is going on, these riots are not a Christian means of advocating for social change."

Ed: Whereas protests would be a very historic Christian means.

Esau: A protest is. The civil rights movement that transformed the United States was led by Christians. With a cross-centered, non-violent means of protest. I'm an heir to the Martin Luther King non-violent resistance.

Here's the thing: when Martin Luther King Jr was in the streets in Birmingham and in Selma and in those other places engaging in non-violent protest, he was condemned by evangelicals as an agitator. It is a historical lie to say, "Well if the African American Christians would simply protest non-violently, we would support them." The non-violent protests were condemned. In Letter from Birmingham Jail, King responded to a letter from eight white clergymen, not all were evangelicals, it was everybody. Mainline white pastors said that although King was technically non-violent, he was inciting violence by his non-violence.

It's not the case that if there's the right form of protest that people will be satisfied with it. The fact is that any public black advocacy for justice brings condemnation. It feels like people are waiting for the riot just so they could condemn the underlying issue.