Race, Gospel, and Justice, Part 3: Esau McCaulley on the Bible and History

A holistic Christian discipleship addresses our personal morality, our need for fidelity to the one true God, and the need for Christians as a part of our witness to the coming kingdom to push back upon the systems of oppression.
Ed Stetzer 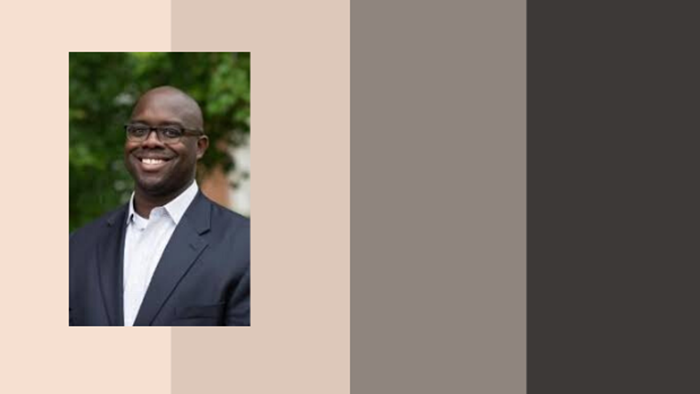 Esau is Assistant Professor of New Testament at Wheaton College and a priest in the Anglican Church in North America. He's the canon theologian in his diocese, and he directs the Next Generation Leadership Initiative across the Anglican Church in North America. Esau writes for the New York Times, the Washington Post, Christianity Today and others. He's one of the hosts of a podcast called The Disrupters. You will want to read his new book Reading While Black: African American Biblical Interpretation as an Exercise in Hope that comes out in November of 2020. The following multi-part series will walk us through that important interview. You can find Part One here and Part Two here.

Ed: I think you and I would agree that there are systemic and ongoing issues of racism that exist even beyond Jim Crow laws or overt discrimination. It hasn't all gone away, yet some Christians want to think it's all gone away.

It is not a Marxist conspiracy theory to say, "There might be racist people who have economic and political power who then disadvantage African Americans."

Paul, when he talks in Ephesians about Christ being above every principality and power (Eph. 1:20-23), is talking first and foremost about spiritual beings. In Paul's thought, the spiritual beings, the rulers of the forces of the air, influence human governments. He says that the world, apart from Christ, is under the influence of negative spiritual powers.

The question is, Would these negative spiritual powers have a vested interest in stirring up vitriol and hatred among the races? The answer to that question is yes.

If you believe that the Word of God in Ephesians talks about spiritual powers, that they influence the government and economic systems, then you have to understand the possibility that those systems could be arrayed against the most vulnerable.

In the book of Revelation, John talks about Rome. One of the reasons that God judges Rome is because of the economic exploitation of people, and how the trade policies of Rome leads to the sufferings of the innocent.

All over the New Testament, you see the reality that the problem isn't simply the individual sinner's sin against individuals, but also that systems are opposed both to God's people and the needy.

In Isaiah 34, you see God saying to the Edomites, "For these wicked things I'm going to judge you." The reason he is judging these people is, yes, they're idolaters, and they do all of these other things. But another sin that they commit is the oppression of God's people, and the exploitation of the poor.

Finally, you open up Isaiah, and the prophet does two things that we want to tear apart. He says in 5:11, "Woe to you who get up early in the morning to drink wine." He is saying, "You get up in the morning, and all you do is personal immorality." He also says in 5:8, "Woe to you who add house to house and field to field so there's no room left for anyone in the land." He's talking about housing policies. And he talks about their disregard for the one God.

You have three things critiqued in the book of Isaiah: first, individual sin; next, idolatry, the abandonment of the one true God; and third, structural oppression.

To me, a holistic Christian discipleship addresses our personal morality, our need for fidelity to the one true God, and the need for Christians as a part of our witness to the coming kingdom to push back upon the systems of oppression. Only one of those three gets me in trouble: when I talk about systems.

The other two, they say, "That's in the Bible."

Ed: Yet, a lot of white evangelicals don't see the same things, even though one couldn't disagree with what you said about it.

We are so focused on personal conversion that we can miss the social dimension. I lead the Wheaton College Billy Graham Center. I want to see personal conversion. I'm sharing the gospel. People can respond by grace through faith and be born again. Yet, white evangelicals, while emphasizing personal conversion, often miss the need for addressing systemic structural issues in society. Tell us about that.

Esau: The underlying issue comes from two different understandings of the American story. The American story that evangelicals love to tell about themselves is of their coming here for the free practice of religion, while creating the greatest democracy that the world has ever known. And yes, eventually expanding freedoms to Native Americans and African Americans, despite these unfortunate moments of racism and systemic oppression.

This is a narrative tied to an American Christian identity of our inherent greatness. Any narrative that says that this isn't great challenges these core ways that Americans think about themselves.

The thing that separates us is that African Americans for the most part have never believed that narrative. We don't start the narrative with, "Our ancestors got onto the boat to practice freedom of religion." You cannot simply incorporate our story into the narrative. You have to tell the narrative a different way.

So, there are two ways of telling the American story that we bring to the Bible. As an African American, I say, "How can I make sense of a religion that was used to oppress me? Then I see in the book of Christianity, in the Bible, I see the Bible itself pushing back on the things that have been done to me." So, I say, "Yes, I can be a Christian if I can both love Jesus and acknowledge the fact that God doesn't want me to experience these things."

If you come from a context where part of your Christian identity is wrapped up in a certain narrative of our country, to question that narrative feels like it's questioning the Christian faith.

We want to say, "Those things actually aren't intimately tied together." Jesus was risen from the dead before Columbus or whoever first discovered America. In the African American context, there's a little bit more separation between the Christian story and the American story. That doesn't mean that African Americans aren't good citizens, that we don't love the United States.

We serve in the military. We salute the flag and do those things like everyone else, but we just have a much more complicated relationship to this country because of the narrative that we tell.

Race, Gospel, and Justice, Part 3: Esau McCaulley on the Bible and History