Millennials are here and they are starting to take over in leadership roles today.
Ed Stetzer 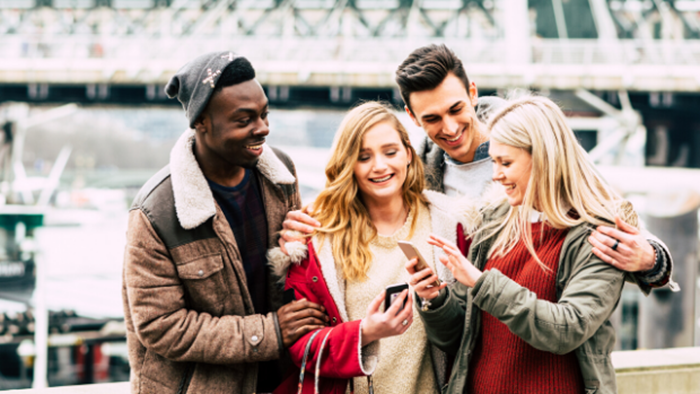 Image: Photo by Sergiy Borakovskyy on Shutterstock
I am currently going through a 5-part series on looking at the different generations alive today and how to understand that for the sake of mission. You can see Part 1 here, Part 2 here, and Part 3 here. This is not intended to be an in-depth look at such generations— whole books have been written! However, I was asked to explain four generations at a recent Missio Nexus meeting and these articles came from that presentation.

The Millennials are the most studied, talked about, and dissected group in history. They've been praised as the next great generation and, in some evangelical circles, the missionary generation.

I’m not going to address everything— or even many things— about Millennials here. My focus has been how generations work together and I am giving a very high-end look at generations for the interested observer.

The Pew Research Center asked, “How do Millenials Compare.” They answered:

In general, they’re better educated – a factor tied to employment and financial well-being – but there is a sharp divide between the economic fortunes of those who have a college education and those who don’t.

Millennials have brought more racial and ethnic diversity to American society. And Millennial women, like Generation X women, are more likely to participate in the nation’s workforce than prior generations.

Compared with previous generations, Millennials – those ages 22 to 37 in 2018 – are delaying or foregoing marriage and have been somewhat slower in forming their own households. They are also more likely to be living at home with their parents, and for longer stretches.

Here’s a few points for context.

Whatever your view is of Millennials, good or bad, they are adults (in their 20s and 30s!), and they are starting to take over in leadership roles today. That’s a key part of our discussion today.

Perhaps some historical references might provide a bit more context.

Like earlier generations, there are things that helped to shape Millennials. Terrorism has become a defining issue. It's worth noting that since 9/11, America's fear of terrorism has actually manifested itself more than the domestic reality of terrorism.

School shootings became more widely known in the time of Millennials. (My kids have asked me if they should get one of those bulletproof backpacks. They are in a safe school district, but they are aware of potential threats that face our schools today.) School lockdown drills of the Millennials replaced the civil defense drills of the Boomers.

News sources have also changed. The majority of Millennials get their news (if they do even get news) from sources like comedians rather than traditional networks like ABC, NBC, or CBS.

However, I think that is an unfair generalization.

At a recent Global Leadership Summit, Jack Dorsey, one of the world's leading experts on Millennials identified one type of Millennial: the Super Millennials who lives to overachieve. The full notes of that session be found here.

At the end of those notes, there is some good advice for engaging Millenials in the workplace:

The best thing you can do is provide specific examples of the performance you expect. Make it a photo, video. Show us what it looks like. The language varies by generation, gender, geography.

You have to provide quick-hit feedback. Not trophies or awards. We have those. “Hey Sarah, I saw how you were helping Jesse. Thanks!” You can do it by talking, text, just don’t leave a voice mail. My dad leaves 5 minute voicemails; it’s like a podcast.

Every single generation on earth brings something important. And every generation can lead. And we need more leaders.

We have a great opportunity to help guide the younger leaders coming up in the ranks. Instead of highlighting our differences, let's encourage their strengths and learn from their perspective while helping them see beyond themselves and their generation.