Rather than seeing our world through the lens of everything that’s broken I argue we should use a lens with four main features.
Ed Stetzer 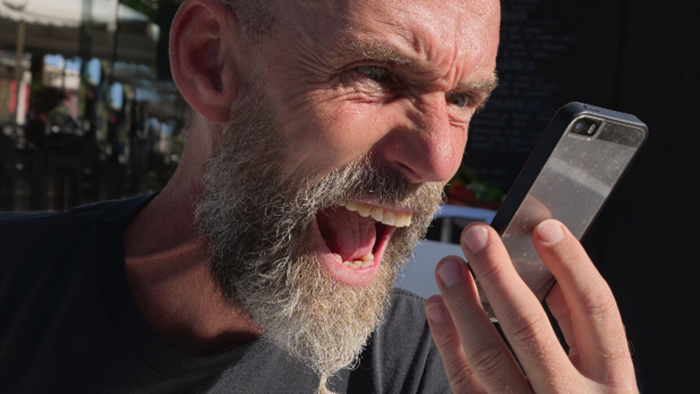 There was a time when having a piece of cake or going out for ice cream was considered a treat. We had cake for our birthday, ice cream after an outing, and so on.

Today, everywhere you look you see “treats”—supermarkets filled with fresh cakes and pies, every convenience store displaying an array of snack cakes, honey buns, and donuts—what was once a rare “treat” has become a dietary staple for too many of us, with increased waistlines as evidence.

But a “treat” by definition is something we enjoy only occasionally. Having a piece of cake for your birthday won’t wreck your health. Turning a treat into a staple, whether it’s cake, chips, or fast food, doesn’t put you on the fast track to a healthy mind and body.

Returning to the idea of these sorts of food as an occasional treat is a great way to move toward better health.

Unfortunately, too many of us are doing the same thing to our emotional health we’ve been doing physically. In this case, rather than turning a treat into a staple in our diet, we’re feeding our souls with an unhealthy diet of outrage. Sure, there’s a time to be unsettled or perhaps even outraged over some things.

But today we have turned outrage into an emotional version of junk food binge eating—it’s too common, mostly unnecessary, and almost never useful. And, it doesn’t change things for the better.

We;ve become addicted to outrage and it’s killing us.

You can guess I’m not going to be writing a book on diet and nutrition anytime soon, but I did write a book to help deal with the incessant complaining and outrage characterizing our day. I wrote Christians in an Age of Outrage: How to Bring Out Our Best When the World’s at Its Worst not to scold Christians for being like the world in our constant sense of outrage.

I wrote it primarily to help us to be at our best in our age of outrage— how we can break the addiction and find a better path forward.

In the book, I talk about how Christians can be at our best today. Rather than seeing our world through the lens of everything that’s broken I argue we should use a lens with four main features.

First, when dealing with others we must be empathetic.

Instead of putting on our best Pharisee fatigues and going to war with people, we start with the view of Scripture, that our world is broken, lost, and in bondage. God’s solution for the world’s sin was not to be outraged but to love, sending Jesus to die for us.

Even as the father in the story of the Prodigal Son, representing our heavenly Father, hurried to meet his broken child, God has not abandoned the world and sin. He made a way of salvation in spite of it.

Second, we respond with humility.

In Philippians 2, Paul told believers to be of the same mind as Jesus. And what is that mind? “He humbled himself.” We can expect the world to respond with hostility when feeling threatened or misunderstood. We can understand when communities blinded by sin respond to Christians with tribalism and mistrust.

But we who know Christ must respond not with hostility but humility. We are not better than the people with whom we disagree; we have received a gift of salvation and should respond with humble gratitude. This also means we are careful to be accurate in how we characterize those with whom we disagree. It’s easy today to define those not like us by their worst day or worst examples, but none of us wants to be defined like that.

The third aspect of our lens is to see people as image bearing.

This is a key issue where Christians need to lead— all people are created in the image of God and worthy of dignity and respect.

Finally, our lens includes being sacrificial.

We can set aside our comfort to stand against injustices. We can choose to act on behalf of others rather than sitting back in fear. We will not win people to Christ by shouting at them online or spending all our energy in protection mode. Recognizing sinful patterns in our culture that hurt people and acting against them will not compromise the gospel, and it will likely help us to share it more winsomely.

When we respond like this we show the love Jesus shows: compassionate, respectful, and courageous (see Matt. 9:35-38).

By the way, if you see outrage as an issue in your church, you can order a six-week Bible study based on Christians in an Age of Outrage.

Today there are too many examples of those claiming to follow Christ being caustic, divisive, and irrational, contributing to dismissals of the Christian faith as hypocritical, self-interested, and politically co-opted. What has happened in our society? It seems one short outrageous video or pithy post can trigger an avalanche of comments on social media.

In this guide, Ed Stetzer, respected columnist and popular Bible teacher, and Andrew MacDonald lead small groups through a deep conversation of what it would look like if Christians were at their best. How might our world and our communities be different?

Spend the next six weeks discussing what it means to represent the love of Jesus Christ in this new polarized age. This discussion guide for small groups is designed to be used with the teaching videos featuring Ed Stetzer (available for purchase at edstetzer.com).
You can order the study guides here: https://www.amazon.com/Christians-Our-Best-Six-Week-Outrage/dp/1496436385/ref=sr_1_1?keywords=christians+at+our+best&qid=1582233557&sr=8-1