Harvesting requires intentional investment with those who, often on the surface, have no interest in the good news of Jesus, or at least in the cultural assumptions they have about Him and His church.
Jeff Christopherson 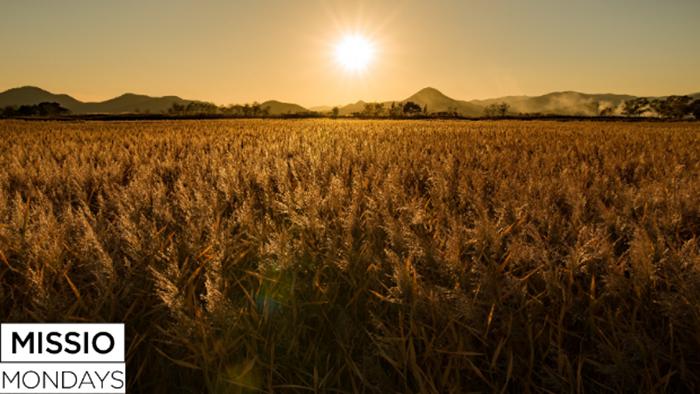 The biblical concept of “harvest” seems to have fundamentally shifted in the minds of many contemporary disciples. Once it had an evangelistic connotation of incarnational selflessness emulating the example of the Master who became nothing and gave all for the sake of the lost one (Lk 15; Phil 2:1-11). The harvest was the selfless mission of redemption, designed to run hard after those who were far from Christ and His church.

We now live in an ecclesiastical era where, it seems, that the biblical concept of “harvest” has shifted from a self-sacrificing all-consuming priority to, at best, a hopeful and somewhat theoretical byproduct of that mission. For many, the terms of “harvest” and “growing churches” have become synonymous ideas. But as evangelism rates decline, many are quick to assign blame in numerous external directions; but few seem to be asking a more introspective question.

The primary question that consumes our attention is whether or not the church is growing. Implicit in our theory of growing churches is an assumption that increasing the bodies exposed to our preaching ministry parallels to an increasing Kingdom harvest. But why does the “harvest” seem to be little more than a greater share of the Christian market? Does a realignment of the saints, whether in a new church plant, or in a newfound dynamism in an existing assembly have any correlation to the harvest mission of Jesus? Therein rests the difficulty with the new harvest—we are shuffling believers from one location to another and not really working in the harvest fields at all.

We are acquainted with the messaging required to attract the easy harvest. It, too, is a simple recipe to memorize and reproduce. First, you must create a spirit of dissatisfaction with the loathsome assemblies that the already-harvested presently attend. You’re more relevant, more gospel-centered, more caring. Persuade them that what you offer is better, however you (or they) define that term. They need to be rescued and you are their long-awaited rescuer.

Next, you work to feed and the evangelically predisposed with whatever the tastes of the changing market demands. With great conviction offer them bottomless and unfathomable expositions, or simply toss out fluffy Oprah-esque platitudes – the local market preferences determine the approach.

Finally, you produce. You, and the leaders around you must deliver a product that is in every way excellent (or at least several degrees better than your neighboring competitors.) Market share is at stake.

And we get exactly the prize that we have been aiming for – the already believing, pre-harvested resting comfortably in our waiting pews. After all, they pay the rent.

But what about the original understanding of ‘harvest’?

The context of Jesus’ introduction of the idea of ‘the harvest’ (John 4:35) stemmed from a gracious, yet thoroughly truthful interaction with a lost and broken woman from Samaria. In the aftermath of that exchange and the subsequent evidence of her personal transformation, Jesus directed His disciples’ attention outward to the ripe fields of lostness that surrounded them. The shepherdless sheep needed to know that the Gospel meant good news for them too.

This was to be the assignment of church and the instructed prayer of the disciple. Jesus’ harvest intention was never the minority percentage that was most ecclesiastically pre-disposed to easily transfer from inferior to superior sacred brands. The reassembly of the saints is far too small a task for the true Messiah. Instead, He commissions, supplies, and empowers any disciple with His own presence in the Gospel assignment of redeeming the harvest.

The ninety-nine sheep safe in the fold were not the sole objects of the rescuing shepherd. His mission also included the lost one, and it demanded heroic effort. The good shepherd knew his assignment. Neglecting the one lost in favor of the safe ones could never be the calling of a good shepherd.

So, we must acknowledge that this work of harvesting is far more difficult than simply appealing to the tastes of the evangelically predisposed. Harvesting requires intentional investment with those who, often on the surface, have no interest in the good news of Jesus, or at least in the cultural assumptions they have about Him and His church. Mere consumeristic appeals are unlikely to lure them into our gatherings. Real relationships are required. Sacrificial investment. Hard conversations. Perseverance in the face of continual resistance. Passionate prayer. Gospel appeal. These practices—among others—are the normative work of true harvesters. This is what Jesus’ people do.

And, those truly making a difference in the harvest are often found in the most unlikely places. Some are pastors and ministry leaders—many are not. They might have gifts that put them in the public spotlight, but many do not. In fact, harvesting gifts do not always equate to positional leadership in the church in North America (which might tell us something about the missionary priority of the average church).

Regardless of where they are found, those laboring in menial work of the harvest are in the center of Jesus’ kingdom agenda. They are following their Master in the practices He prioritized. And, in so doing, they are the true heroes we should be celebrating.