Is It All About the Weekend? Not Now, and Should Not Have Ever Been

Customer-centric Sunday experiences have weakened the church— Coronavirus is pushing us to a better way.
Ed Stetzer 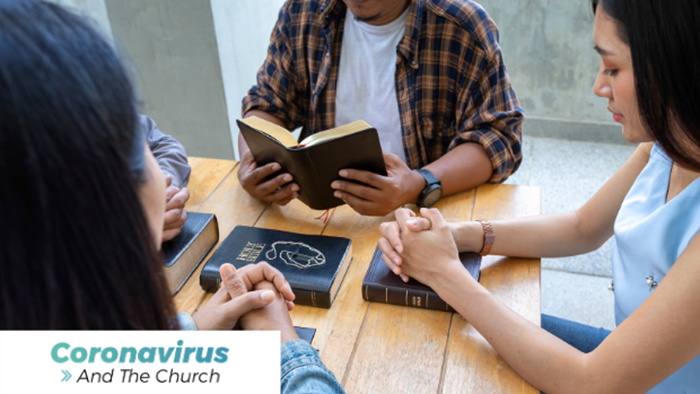 Image: Photo by Bunyarit Klinsukhon on Unsplash
You can access all our Coronavirus-related articles, in addition to partner resources from Saddleback Church’s PEACE Plan and The Humanitarian Disaster Institute at CoronavirusAndTheChurch.Com. The Leadership in the Coronavirus Crisis podcast is filled with key interviews. You can find it at www.stetzerleadershippodcast.com or subscribe on iTunes.

Life looks rather different today than it did a month ago. All parts of life—home, community, work, even church. In fact, the Sunday morning gathered experience has been dethroned as the primary focus of our churches. Yes, it’s a painful thing for those of us who like to get together to learn and pray and worship together. We are simply following the tradition that Christ-followers have lived out for millennia.

But I would argue that in the midst of all this pain, some good can come.

Here's why: When you have inexperienced chess players, the queen is zipping around the board taking knights and various pawns. What is happening is that the whole game, the whole board, is revolving around the queen.

That can apply to church as well.

If our churches are to be effective at gospel work, we need to engage all the men and women that God has given us. They’re not pieces and they're not pawns, but neither is the Sunday morning worship service the queen. Right now, the queen of Sunday worship has been removed for some time and looks remarkably different than she did even last month.

The queen is dethroned. There is a sadness about this, sure. But I would argue that this allows us to look at the board differently.

In fact, we must not let the queen back if it means that the people of God are put back on the bench. We must not go back to seeing church as Sunday morning. It was never all about the weekend, and too many pastors who said that made it too much about them.

Now, please don’t misunderstand. I’m not devaluing the gathering of God’s people. I’m not discounting the place of the ordinances or the sacraments. Those deeply matter— I’ve written on them extensively. And we will gather again. However, I am saying something that almost all evangelical traditions believe— that God’s people should be engaged in God’s mission, and too often they are not.

Church is too consumer, and needs to be more about mission.

It’s a Different World Out There

We are being reminded lately that God can do more in a couple of months than we can accomplish in decades. For decades, we've been having a conversation about being on mission and how God is mobilizing his church on mission. Maybe, I would argue, it’s time for the conversation to turn into greater action.

One of the exciting things we’re seeing right now is the number of non-pastors who are ministering to their communities. They're showing and sharing the love of Jesus with neighbors. They're beginning to feel a sense of call and direction on their lives, and they're stepping up and saying, “Here I am, Lord, send me.”

Sure, some of these people will eventually step up and meet the qualifications of 1 Timothy 3, and out of a pandemic we're going to see all kinds of pastors emerge all across the world. But, perhaps more importantly, we might see a church that empowers more of God’s people for mission and ministry. Simply put, the church being the church—all parts of it.

Looking Back to Look Forward

My hope is that we will see something like the impact of we read about in history when people responded in times of disease and distress. Remember Cyprian of Carthage and how he served during the plague. Look to the 1700s and Richard Allen, who founded the African Methodist Episcopal Church, as he ministered during the Yellow Fever epidemic of Philadelphia.

I personally think about Eusebius, a historian in the fourth century AD who wrote about an epidemic that swept through the Roman Empire. I quoted him in USAToday explaining that:

“All day long Christians tended to the dying and to the burial, countless numbers with no one to care for them. Others gathered from all parts of the city, a multitude of those withered from famine and distributed bread to them all.”

Let’s be clear: COVID-19 will be nowhere close to the devastation a plague had over 1500 years ago. But the end result of demonstrations of love can be.

Ordinary Christians have always stepped up in difficult times. And, when they do, the response is similar to what Eusebius recorded that Christians’ “deeds were on everyone's lips and they glorified the god of the Christians.” This is remarkably similar to what Jesus commands in his Sermon on the Mount:

“You are the light of the world. A town built on a hill cannot be hidden. Neither do people light a lamp and put it under a bowl. Instead they put it on its stand, and it gives light to everyone in the house. In the same way, let your light shine before others, that they may see your good deeds and glorify your Father in heaven.” (Matt. 5:14-16)

Eusebius explained that God’s people—all of them, not just the pastors—showed up. He went on to say, “[the Christians] deeds were on everyone's lips, and they glorified the god of the Christians.”

I believe that as the church has decided to show and share the love of Jesus, that the deeds of the Christians will be on everyone's lips in our time. But, it will take all of God’s people doing God’s work on God’s mission.

Now that the queen has been dethroned, we can see the rest of the board—the rest of the church—discover their vital role—not in a chess game, but in God’s mission.

Is It All About the Weekend? Not Now, and Should Not Have Ever Been

Is It All About the Weekend? Not Now, and Should ...