Don’t Look Away: Why Ahmaud Arbery’s Tragedy Must Be Addressed Head On

In our ability to retreat into ignorance, we betray the disparity in our experiences & the systemic injustice in our culture.
Andrew MacDonald 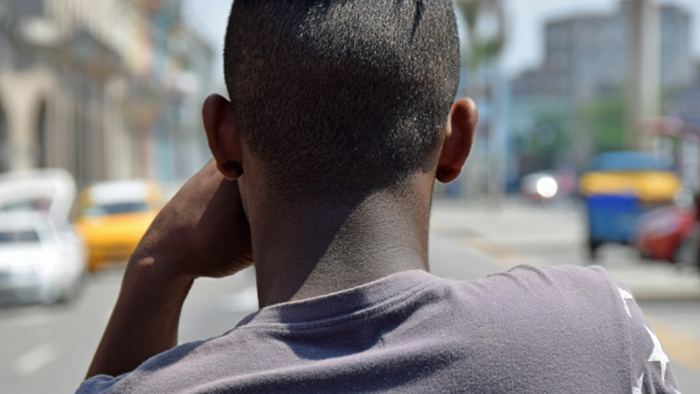 Image: Photo by Hydebrink on Shutterstock
This morning we ran an important piece by my friend John Richards. John grew up in the same town as Ahmaud Arbery and what he is saying needs to be heard. Below is a reflection from Andrew MacDonald, who works with me at the Wheaton College Billy Graham Center. Those of us in places of privilege need to stand alongside our friends who are singled out because of their race, faith, gender, socio-economic status, etc. We must continue to fight for justice and pray for those who are victimized for any reason.

For many in America, responding to the seemingly-endless shootings of African Americans has become a horrific form of muscle memory. After yet another tragedy like the shooting of Ahmaud Arbery occurs, we see similar patterns: an initial burst of reporting, followed quickly by social media commentary, followed by think-pieces across various platforms, followed by social media commentary on the think-pieces.

Within a week, however, the entire matter is tied up nicely and everyone is able to move on. Most of us forget as we return to being engrossed in our lives, only to be thrust back into this cycle when another new shooting is jarring enough to penetrate the blaring noise of our daily news-cycle.

The fact that Arbery was killed in February and many didn’t know until May speaks to our dependence upon images to incite response—a dependency that, as many have pointed out, dehumanizes victims and establishes a bar of proof we don’t demand of others.

Moreover, the fact that only images push us to take seriously these stories underlines the frenetic nature of our media landscape. So few stories not drenched in the political and culture wars theming our day are able to rise above the chaos to capture our attention. That many are feeling oversaturated and digitally burned out during our current crisis has only exacerbated this problem of ignorance.

The unfortunate truth is that even in our ability to retreat into ignorance, we betray the disparity in our experiences and the systemic injustice in our culture. While this story (despite being so relevant and discussed currently) will fade for most of us, for others this story is their experience. They carry it with them when they wonder if it is safe to go for runs in their own neighborhoods or even sit peacefully in their homes.

This simply cannot be something we accept without a long and faithful fight through prayer, solidarity, and using our voices and lives to create change.

As hard as it is in this season of disconnect, mental exhaustion, and uncertainty, the church must reengage and lead their people to reengage. We need to see and to witness that the dignity of Arbery’s life was dehumanized, belittled, and extinguished by a culture which believed it had the right to do so. Even as our flesh and many in our culture advise us to ignore these kinds of incidents (or to have our say for a week and then move on), we must not look away.

Looking at the Problem

Unfortunately, there will always be people who willfully ignore these kinds of injustice and say these stories are fabrications or exaggerations. However, our challenge is not with those who refuse to admit this is a problem. This is more often a futile effort.

Instead, we are best served addressing those who outwardly voice their sympathy but who choose to either not look or to quickly look away and move on. These people say all the right things and think of themselves generally as allies in the fight against the racism. Subtly, however, they are quick to move on.

Pastors, theologians and “thought leaders” who want to lead need to be ready to speak prophetically to the church that has, even as I write this, started to move on. It falls to the leader to refuse to cede the space. The demand for justice for each case is long and demands perseverance. Much of the focus of the Old Testament prophets was dedicated to the unwavering call to persist in justice in a society that was quick to turn away.

The hard truth is that we cannot claim to be people of Scripture without recognizing the critical importance of this endurance. Far from secondary, this lies at the heart of what God requires of us—to do justice, to love kindness, and to walk humbly with Him (Micah 6:8).

This week, we celebrated the posthumous Pulitzer for Ida B. Wells. Wells was singled out for the award because of “her outstanding and courageous reporting on the horrific and vicious violence against African Americans during the era of lynching.”

At a time when few would touch such a controversial topic, Wells thrust the topic into the spotlight. Through her tireless work, she refused to let the public move on with life. Wells forced them to confront the evil of lynching or forever be complicit in its practice.

This is why our flesh wants to move on. If we tarry for too long, we can no longer lie to ourselves that we didn’t know. We will be forced to confront the evil we have witnessed and that will cost us. Most of us do not want to pay that cost and have a legion of reasonable justifications as to why this isn’t the time.

Yet it is only through looking at the problem, recognizing its truth, and stepping into its reality that we can begin to enact real change.

Forcing ourselves to look

America has a long history of shocking images forcing us into action, one of the most famous being the funeral images of Emmett Till, a 14-year-old boy who was murdered in 1957. While visiting relatives in Mississippi, he was lynched because he reportedly whistled at a white woman. His body was later recovered from the river, brutally beaten and disfigured.

Holding the funeral in Chicago, Till’s mother made the decision to have an open casket. In his recent book on the death and legacy of Till, historian Elliott Gorn offers this powerful reflection on what Till’s mother did in opening the casket to the world.

Turning pain into testimony, Mamie Till Bradley raised a prophetic cry against racism and brutality, and she spoke as the guardian of all children… Above all, she was a witness against evil who compelled others not to look away: “Let the people see what they did to my boy.”

Through iconic photographs of Till’s body in the casket, Bradley forced observers—indeed, is still forcing us today—to confront the reality of her pain and the system of racism and injustice that caused it. In doing so, Bradley removed from others the façade of feigned ignorance. They could no longer pretend not to know what was going on. They were forced to choose between culpability in evil or to stand against it.

We must witness the evil and press into seeing what we don’t want to see, thereby removing from ourselves the option of ignorance. God does not look away from the pain and affliction of his people. When we look away or quickly scroll on to the next story, we reveal something at odds between our love and God’s—a disconnect between our profession of his indwelling Spirit and our own. So …

Preachers, don’t look away but step into this on Sunday.

Elders, don’t look away but step into this in the church culture.

Teachers, don’t look away but step into this in the classroom.

Leaders, don’t look away but step into this in your organizations.

Parents, don’t look away but step into this in the home.

Begin by listening to the voices of those for whom this is not a momentary experience but a lived reality. Begin by confronting the cultural baggage that allows for such disparaty in the way we approach stories like these. Begin with prayers of lament and repentance, leading others in the same.

It is hard. It will undoubtedly cost us something. But it will lead us to be more like Jesus.

Don’t look away now, or ever.

Don’t Look Away: Why Ahmaud Arbery’s Tragedy Must Be Addressed Head On

Don’t Look Away: Why Ahmaud Arbery’s Tragedy Must ...