Understanding, Engaging, and Deploying the Generations, Part 2: The Baby Boomers

The Boomers came in the early stages of a technological and innovation revolution, which also influenced the church.
Ed Stetzer 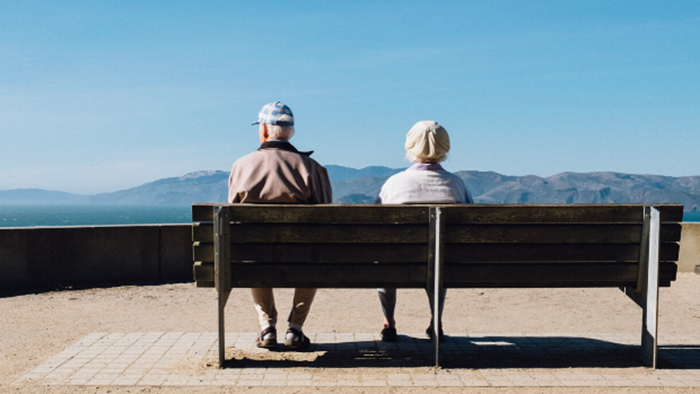 Image: Photo by Matthew Bennett on Unsplash
I am currently going through a 5-part series on looking at the different generations alive today and how to understand that for the sake of mission. You can see Part 1 here.

Several things happened in the year 2000. We made it to January 1 without the fears of the Y2K bug being realized. The Millennial generation was filling up college campuses. And Tom Brokaw published a book called The Greatest Generation. He described the Builder generation who fought World War II, survived the Great Depression, and sacrificed greatly to build America. You could say the Builders made America great back then.

They also gave us the biggest generation in U.S. history following World War II, until the Millennials came along later. The Baby Boomers were named for their population boom: from 1946-1964, some 77 million Boomers were born, making up 40 percent of the U.S. population at one point.

This is the second of six articles on generations. For this one, I want to give credit to one of those Builders who influenced countless people. Elmer Towns was an early hero to me, and a friend of decades. Elmer has written over 140 books, which basically means he has no unpublished thought!

Elmer Towns and the Five B's of the Boomers

I remember attending the first of what we might consider a church growth seminar taught by Towns called “How to Reach the Baby Boomer.” I was a very young GenXer learning how to reach the then-young Boomers!

I believe it's still the best-selling church growth seminar of all time. Towns described things that shaped the Boomer generation in terms of the five B's. I want to walk you through these to think about Boomers.

First, Towns spoke of bucks. The Boom refers to its size, but this generation also experienced an incredible increase in wealth in one generation. Some Baby Boomers had parents who grew up without electricity or with dirt floors in their homes.

But Boomers’ parents, the Builders, were determined to give their children a better and more prosperous life than they had. This was when America came into the fullness of its economic promise. Sadly, the remarkable economic wealth led many Boomers to embrace the consumerism-driven prosperity gospel.

Next was the bomb. Sometimes, it's easy for us to forget that there was a certain nihilism that arose in the 1960s and 1970s. The Cold War was a real and present danger in the minds of many. There was this idea that at any moment on any day somebody could set off a global thermonuclear war and we'd all die.

Today, students have drills to know what to do if an active shooter came on campus. Boomers performed civil defense drills in case a nuclear bomb came to their town.

The angst around the Cold War helped ignite a sexual revolution, helped by Towns' third point: birth control. This is more important than most people think. When a couple had sex before the birth control pill, babies were a normal result.

All of the sudden, sex could be freed from the reality of childbearing. This revolutionized sexual practice, and not in a biblical direction. Some sociologists think the birth control was the most important technological innovation of the last millennia.

It changed women's roles in the home in many ways. It changed people's perception of sexuality. It created a pathway to sexual practice that before was not there which led to new levels of promiscuity. Baby Boomers changed sexual mores of the nation.

Following this revolution, Towns recognized the book. It was not the Bible— it was Dr. Benjamin Spock's book Baby and Child Care. Dr. Spock taught people permissive parenting. This marked a radical departure from previous generations. Revolutionary changes came in views of morality in the 1960s; authority figures like Dr. Spock gave credibility to some of the more permissive ideas cutting against the grain of previous generations.

The fifth one may sound odd today, but it was a common term in the past. Google it and see for yourself. The final mark Towns gave was the boob tube, or the television. It came from the fact that TV sets originally used cathode tubes, and critics called the millions suddenly glued to it "boobs" (aka idiots). Of course, this was before people binge watched Netflix.

Back then, a television remote control meant sitting close to the television. If you were really good, you could turn the knob to change channels with your foot.

But there wasn't one knob. There were two. There were three channels on the top knob like ABC and NBC. The bottom knob had the letter U. You could get PBS and maybe others depending upon the weather and how the antenna was working that day.

The television influenced Boomers the way computers did Gen X, the Internet impacted Millennials, and the iPhone affects Gen Z youth, who depend upon their smartphones about as much as oxygen.

There's something I want to add about Boomers. The Boomer experience was overwhelmingly enjoyed by white Americans. Many of the opportunities afforded white Boomers was not shared with people of color. Various ethnicities were also underrepresented on television shows or movies in that era.

Still, the Boomers came in the early stages of a technological and innovation revolution, which also influenced the church. Boomer pastors and ministry leaders brought a revolution of entrepreneurial evangelicalism starting in the 1980s.

If the church you attend worships like a Calvary Chapel and is led like a Saddleback, that relates to things that happened with the Boomers in the 1980s. Boomers shifted the church culture and practice in substantial ways, from megachurches to multisite, from contemporary worship forms to new ideas about global missions. Their entrepreneurial spirit paved the way for other approaches in church life as I will note in coming articles.

Next, we will talk about Gen X.

Understanding, Engaging, and Deploying the Generations, Part 2: The Baby Boomers

Understanding, Engaging, and Deploying the ...