We can decry injustice with clenched fists held high, yet fail to act as the salt-infusing, light-filling presence of Christ’s body in this world.
Jeff Christopherson 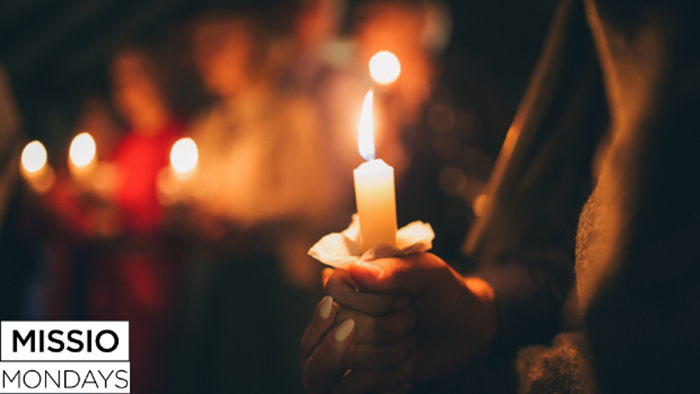 Image: Photo by EvGavrilov on Shutterstock
Jeff Christopherson writes Missio Mondays here at The Exchange. Part of our mission involves talking about injustice. In the past week alone, we have run two other articles here on The Exchange as well, one by John C. Richards Jr. and one by Andrew MacDonald.

I should add that I was encouraged that Moody Church shared about Ahmaud Arbery (by name) and spoke out our concern for justice and for our African American members (and community). See our Facebook live around 57:00.

I couldn’t actually watch it.

To me, there’s no other way to describe the recently released video of the killing of Ahmaud Arbery. For most of the world, the release of this footage was the first we had heard of the death of Arbery—a 25-year old African American man. His killers? A white man and his son, wielding a shotgun and a .357 magnum handgun, seemingly acting as a self-proclaimed neighborhood posse.

In broad daylight, Ahmaud bled out on a suburban street.

Seemingly zero. Walking free and uncharged for almost ten weeks, they rested comfortably in their homes. It appeared from the outside that the law was firmly on their side. Only until public pressure mounted from a released video that recorded the horrific event were charges ever leveled.

The thing is, this is not a historical account of life in the Jim Crow past. These are today’s headlines. Its today’s breaking news, eerily reminiscent of the historical fate so many had endured; unjustly beaten and murdered as if they were meaningless beings. Charges seldom ever brought forward.

Nothing, it seems, has changed.

Poignant outcries follow each subsequent wave of tragedy as Christians grapple with how best to respond, lament, mourn, and even rage against the overt brokenness of the world around us. In the coming weeks, details will emerge that will try to color our limited view of what happened, yet nuanced details will not change one unalterable reality.

It’s a reality common to neighborhoods throughout North America. On our watch, racism and hatred are evil bearing their natural fruit in even the most supposedly manicured neighborhoods.

And so, it would seem, that emotion-filled outcries the day-after, simply are not enough. We can decry injustice with clenched fists held high, yet fail to act as the salt-infusing, light-filling presence of Christ’s body in this world. Lament, as we should, but there must be more. We know there must be more. But what? What is a Kingdom response? What should Kingdom people do in the face of mounting racism?

Call Evil What It Is

This heinous event reveals the nature of sin as it plays itself out without restraint. To call such actions evil is true and right, but it isn’t true and right enough. Racist killings are an affront to a holy God. They are an attack on the imago Dei intrinsic to all humanity. Naming evil “sin” places the perpetrator in the hands of the rightful Arbitrator of justice; Almighty God Himself.

First and foremost, these actions are done Coram Deo, before the face of God. We can, in fact we must, trust His providential control to judge the world in perfect justice. By naming evil, sin, we acknowledge that the only hope for lasting change is found in a heart transformed by the grace found in the good news of Jesus Christ.

To complicate this simple issue, we now have a deceptive way of silencing the voices of those who speak against racism. We marginalize them too and brand them as theological liberals. We label them as one-dimensional social justice warriors whose singular concern it is to right systematic forms of oppression.

The fear of such a stigma being issued from the cutting barbs of angry bloggers has caused many of us to remain silent. And so, we lay low. But as in other seasons in history, our silence speaks loudly—both in this generation and the ones to come.

Courage is required for kingdom citizens to speak, but we must speak. Both in our private conversations and in our public witness, we must make it clear that the God revealed in Scripture hates injustice and oppression and stands strongly on the side of the marginalized and downtrodden.

We all have some measure of ability to bring about change, perhaps not globally, but in the circles in which we live, work, play, and learn. Spiritual leaders at every level have platforms that can draw attention to victims and advocate for systemic change. The nature of this advocacy will differ—but its substance will be common.

The implications within the Gospel of the Kingdom is that God’s people stand on the side of the oppressed—never the oppressor. Highlighting a profile picture of a victim on social media is a start, but it is insufficient to bring about the change we long to see.

We must leverage our influence on a local level—teaching, training, challenging, and supporting those who are tirelessly working to see God’s kingdom come on earth as it is in heaven.

Influence Those in Your Circle

Public advocacy is essential, but for it to have staying power, it must be fortified with our personal influence within our immediate circles. Those with children are tasked to raise them to recognize the inherent worth of all peoples and to love their neighbor fully as themselves.

We are called to model respect and honor in our neighborhoods—by befriending all of our neighbors and acting towards them in ways that communicate genuine worth and love. In our workplaces, we’re called to boldly challenge every subtle form of oppression against others and strive to see all people treated with godly respect.

Inherent to our heavenly calling, Christ-followers are given the mandate to preserve our communities with the saltiness of Jesus’ presence amongst us. As ones who claim to follow Christ, we cannot flaccidly post anti-racist memes and think that our work is done. The God of the oppressed requires more from his followers than well-intended hashtags.

Take a Stand as a Church

The plight of people, particularly those marginalized and oppressed, are clearly implications of the gospel of Jesus Christ. We must categorically reject the voices that tell us that to speak to systemic issues of racism undermines the beauty of the gospel.

If anything, surfacing the implications of the good news to our racist hearts magnifies the soul-stirring beauty of what Jesus has done. His blood was spilled for our sin, which includes our barefaced xenophobic postures that we cloaked in religious rhetoric, or our apathetic disinterest in the subject altogether. When we come to understand that we are the ones who deserve the swift hand of God’s justice, then the throne of grace is all the more amazing.

Church of Jesus Christ, it’s our time to speak up and stand out. We, as God’s commissioned people, declare a gospel capable of healing the calloused heart of the most racist sinner among us, and demonstrate through their gospel transformation, a beautiful, powerful, natural unity that rules in His Kingdom.