Letter From a Quarantined Home: Expressing Disappointment with Some of My White Brothers and Sisters in Christ

A call to fight for justice when injustice is all around us.
John C. Richards Jr. 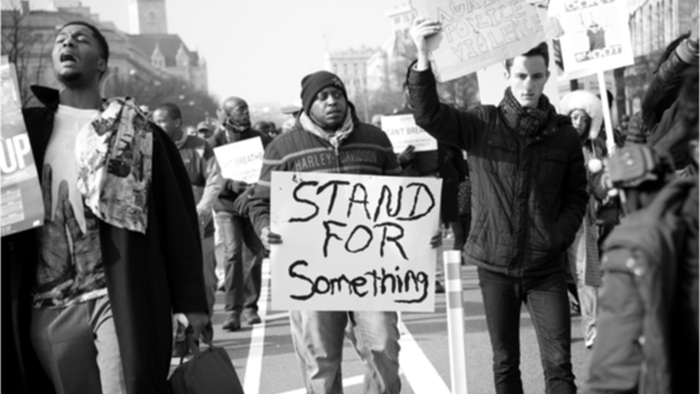 Image: By Rena Schild via Shutterstock
On April 16, 1963, Dr. Martin Luther King, Jr. sat in a Birmingham jail cell. He penned his now-famous Letter From a Birmingham Jail, addressing moderate, White clergy who questioned his presence in Birmingham and his approach to the injustices occurring in the city.

While far from being jailed myself, I have found that the quarantine has offered a similar opportunity for me. So I wanted to address my brothers and sisters in the Lord who have wrongly encouraged patience in the face of horrific injustices. – John

While lying here in my confined home, I came across your current statements suggesting that our present actions are impatient and unwise, encouraging us to “let the legal system run its course.”

Having heard these words before, I rarely take time to deconstruct the misdirected nature of the comments of others. This is especially true of those uninvolved or disconnected from the reality of men and women of color’s lived experience.

If I were to answer every criticism volleyed in my direction, then I would find little time to serve my family, my church, and, most importantly, the people of Brunswick, Georgia well in seeking justice.

I think I should give the reason for my April decision to join the fight for justice for Ahmaud Arbery in Brunswick, since you are swayed by the argument of “outsiders coming in.” I was born in Glynn-Brunswick Memorial Hospital on November 21, 1978. I stumbled down Glynn County’s marshes and golden beaches as a toddler and walked across the stage at Brunswick High School as a graduating senior.

I turned my tassel that night, but I never turned my gaze from my home town. To this day, I still have cravings for burgers from Willie’s, breakfast buffets from Grandy’s, and cupcakes from Holloway’s Bakery. I left Brunswick after eighteen years, but Brunswick never left me.

More than that, though, I am fighting with my hometown because injustice is there. Just like the prophet Jeremiah grew weary of holding in the fire “shut up” in his bones, the fire of righteous indignation burns unquenched in my wearied soul.

The weight of years of hashtagged brothers and sisters compels me. Just as Jesus entered the temple and disrupted the systems that hindered authentic worship, I am moved to enter the temple of American exceptionalism and turn the tables of racism and bigotry. Like Paul, the Gospel compels me to speak up and act in the face of systemic injustice.

A “woe is me” is attached to my silence. If I don’t speak, then I rue the day that I stand before my God having allowed this to happen in my hometown without making an effort to make changes.

I cannot sit here complacent in Little Rock when my friends and family are restless in Brunswick. And neither can you. Our interconnected web of humanness calls us to more. Your pulpit is not more important than your community. If you refuse to seek the peace of your city, you contribute more to the problem than you know.

Seeking peace isn’t just found in your inactive thoughts and prayers. It is found in your lock-arm step with the men and women fighting systemic injustice at its core. It is found in preaching about justice from your pulpits and not just on social media. Apart from doing at least those things, your words are empty and callous.

Thoughts and prayers divorced from action hit the ceiling of apathy and negligence. I pray to God for justice every day. But I also pursue justice in my sphere of influence because it is required of me. And I call for you to do the same.

Brothers and sisters, we are in unprecedented times that require a different type of demonstration of the digital kind. A digital disruption is happening in our culture and your refusal to enter that disruption speaks louder than any words you might utter. Silence often speaks volumes.

In your silence, you refuse the affirm the same image bearers that the Gospel requires us all to love as we love ourselves. It should never take a video for you to break that silence. And a quarantine does not excuse you from joining the digital demonstration happening before your eyes.

In any digital demonstration there are four basic steps: collecting facts to determine the presence of injustice, creating awareness to mobilize men and women en masse, encouraging agitation to peel back layers of explicit and implicit systemic oppression, and direct action to instigate real, lasting change.

We are working our way through those steps through peaceful and organized means.

Your refusal to enter in any stage of demonstration, affirms your complicity in the perpetration of an unjust system. There is little doubt that elected official misconduct and systemic injustices have ravage coastal Georgia.

The local district attorney has a sordid history of unfair bond practices, leniency toward police officers who commit crimes locally, and self-interested decisions as a public official.

What is the purpose of letting the legal system run its course when the system is broken? How do you pursue justice when the scales are tipped in a way that unduly burdens people of color? Why should we be patient with a system that has patiently disenfranchised and disembodied people of color for over 400 years?

The past several weeks, we have talked with local officials to help understand their inaction in February surrounding Ahmaud’s murder. We continue to get the same, canned answer. “Let the GBI finish its investigation. Our hands are tied.”

You might ask: “Why all the calls and emails to local officials? Isn’t waiting for the GBI investigation a better path?” You are right in saying that the legal investigation helps attain justice for Ahmaud. But that does not remove our responsibility to hold local officials administratively responsible.

We understand that those in power do not voluntarily give pertinent information and answers to those who are not in power. That information and those answers must be demanded of them. And that is what we are doing. We will continue to pressure our local officials.

I must admit, fellow believer, that I am severely disappointed with some of my White brothers and sisters in Christ. For years, you have chastised men and women of color for peaceful demonstrations as affronts against our nation.

How dare we kneel during the national anthem. The irony? You have called for respect for our country and our flag, while minimizing and enabling disrespect for men and women who are U.S. Citizens. I fear that White American Christians will one day have to answer for the idol they have created cloaked in Stars and Stripes.

Yet, men and women of color are expected to wait for a system to dole out justice that has served them a cold dish of injustice for centuries. Without civil disobedience, Black men and women would remain completely disenfranchised, devalued, and devoid of hope. Even today, we remain disenfranchised through voter suppression efforts, lack of true re-entry reform for convicted felons who cannot vote, and economic and social policies that continue to ravage Black communities.

Civil disobedience to address these inequalities is as American as it gets. And we will continue to practice this kind of “impatience” in the face of injustice, despite your pleas to the contrary.

If I have written anything in this letter that indicates unreasonable patience or indignation, I ask for your forgiveness. But if I continue to tell men and women who are tired to practice patience in the face of injustice, I would need to implore God to forgive me.

I hope this letter finds you anchored in our Lord. I also hope that this quarantine ends and will make it possible for me to meet each of you, not as an advocate for social justice, but a brother who knows, loves, and preaches Jesus.

Let us all hope that this dense fog of uncertainty around this pandemic lifts and that the overcast of racism and systemic injustice soon subsides. I pray that in some not too distant future that the clear skies of equality, truth, justice, and peace alight our nation and that my children and children’s children can gaze upon its beauty. 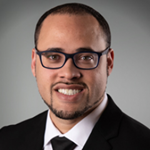 Join the conversation on Facebook
Tags:
Racism
Posted:
May 30, 2020

Letter From a Quarantined Home: Expressing Disappointment with Some of My White Brothers and Sisters in Christ

Letter From a Quarantined Home: Expressing ...