We don't want to rush ahead of the governor, but there is a significant and growing angst among many church attenders and many church leaders.
Ed Stetzer 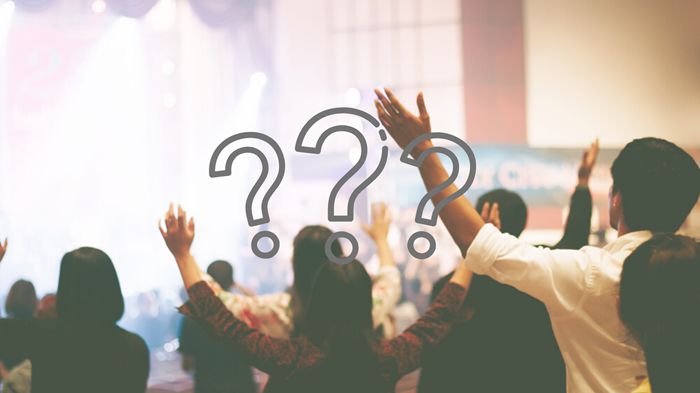 Image: By Jantanee Runpranomkorn via Shutterstock

In a press conference today President Trump called churches, synagogues, and mosques all "essential services" and called on governors to reopen them "right now." Where I live, Illinois Governor Pritzker has already said that churches are essential, and I agree with them both.

That’s not really the question.

The question people are asking is how and when can churches (and other religions congregations) gather together in groups larger than 10 or larger than 50?

And, with President Trump’s comments, I imagine the pressure will grow to ignore the directives of stricter states like CA and IL.

Actually, the Justice Department recently sent a letter to Governor Newsom of California regarding his policies on houses of worship gatherings. Here in Illinois, as I recently wrote for RNS, my concern is that Pritzker has not been communicating with church leaders by doing so while putting off gatherings of more than 50 to his final phase where there's a vaccine, much lower level of community spread, or higher level of treatment.

This approach moves churches meeting together to some far distanct, uncertain time to be determined. It is creating tension among church leaders and congregants.

In a press conference today, Gov. Pritzker said he has been collaborating with church leaders, but we cannot discern who those leaders might be.

Along with James Meeks, pastor of an African American congregation in the South, and Wilfredo de Jesus, a Hispanic pastor, both of whose communities have been hit particularly hard, we have asked the governor to open a conversation with faith leaders and the health department so we can follow the science and open at a later date in a safe way in cooperation with one another.

We do not think that Chicago churches need to open now—this weekend. There is too much community spread. It might be weeks or months, but it can’t be forever. Right now, there is no end date and no hope for churches meeting.

I want to be clear that I think the governor's motivation is concern for the safety of people, and as pastors and leaders we should share that concern. But by setting numbers like 10 and 50 doesn't take into account the variety of churches: 50 people meeting in a building that seats 50 people is probably dangerous; but 50 people at Moody Church, where I serve as Interim Teaching Pastor holds 3,750, is not a relevant number.

There, the question is capacity.

Could we, following protocols given by our county and state health departments, gather with a 25 percent capacity with people practicing social distancing and wearing masks, and more?

That is the conversation we need to have. We are asking the governor to engage us with a better conversation based on the circumstances and situations of churches rather than a blanket number.

We don't want to rush ahead of the governor, but there is a significant and growing angst among many church attenders and many church leaders that if we don't have that conversation soon, it's going to cause people to make decisions with a void of information. It's better to have the conversation.

The governor has been in conversations with Costco and it’s opened in a way that is safe for employees working long hours with countless people, and that's great. But if Costco employees can make it work, we think churches can as well.

I'm not talking about next week and maybe not next month, but together we can in the foreseeable future make it work in conversation with the governor and health departments.

The issue for congregations is space and times. We can have multiple services spread out over Sunday, for instance, with sanitizing between. That's the conversation we want to have.

The governor cares about the people he serves; so do we. That's why you aren't going to see a rush to open—regardless of what President Trump said—communities with high community spread like Chicago.

That said, if you say, "We don't have an idea or see in the foreseeable future when churches can gather," it's hard for us or other faith leaders to say to our congregants, "Ignore what the president just said. Ignore what churches in neighboring statues are doing. Just stay with the plan that has no end date AND no real communication with pastors.”

This Sunday, over 1,000 churches in California are going to defy the governor and meet. That’s not what I suggest or recommend, but it will be hard to stop such moves if we don’t see communication and real collaboration soon.

If you are an Illinois pastor and are interested in seeing and signing a letter to the governor (still being drafted), just send an email to IllinoisChurches@Gmail.com and we will get you the letter for your consideration next week.
Ed Stetzer is executive director of the Wheaton College Billy Graham Center, serves as a dean at Wheaton College, and publishes church leadership resources through Mission Group. The Exchange Team contributed to this article.

Join the conversation on Facebook
Tags:
None
Posted:
May 22, 2020