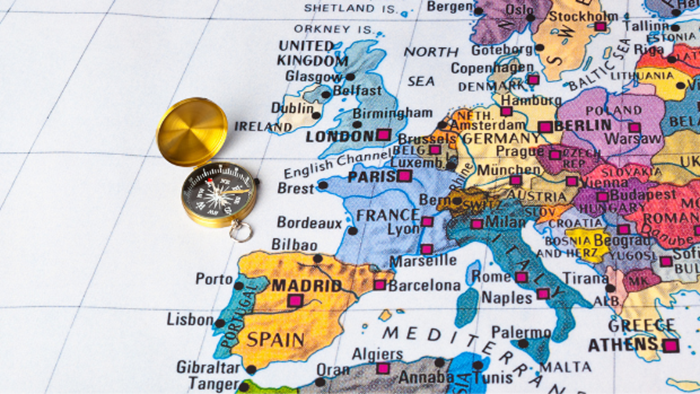 As the coronavirus pandemic continues its relentless march across the world, Europe battles a frightening second wave. New lockdowns, overwhelmed hospitals, and social unrest are increasingly the norm across the continent.

But as a dark winter looms, European evangelicals can look back with gratitude and look ahead with expectation, thanks to a renewed rediscovery of fervent prayer, fresh creativity, and resilient hope in this trying year.

When churches were prevented from meeting in the spring, small communities scrambled to minister to people online while larger congregations grieved the loss of members who had weak links to the faith and attended church sporadically before the pandemic. “Not since the Second World War has something so profoundly affected the lives of all Europeans simultaneously,” explained Jim Memory, leader of the process team for Lausanne Europe 20/21.

But as the discouraging news mounted, intercession initiatives sprung up across the continent. Local churches launched virtual prayer rooms, Evangelical Alliances hosted National Days of Prayer, and student movements such as IFES hosted prayer meetings for people across the continent. “The pandemic brought the European church to our knees,” reports Sarah Breuel, director of Revive Europe. “We have never seen so many calls to prayer and fasting like this before.”

Out of such an environment, the European church was forced to make an opportunity out of a crisis. The Lausanne Movement, like many others, postponed its conference until 2021, but launched impact groups and conversations that multiplied interactions among leaders. “Despite initial disappointment when postponing the Gathering, we have a real sense of God opening new doors through this extended process,” declared Lars Dahle, chair of Lausanne Europe 20/21. “The Conversation started as a supplement to the Gathering. It has now become increasingly significant in its own right, with fresh missional material every month.”

Other conferences switched from physical to virtual gatherings, reaching a surprising number of people both in and beyond Europe. The 2020 European Leadership Forum was attended by 5,360 participants from 123 countries, a seven-fold increase in attendance from the previous year. Exponential, a movement of pastors and church planters, hosted 130 roundtables on the topic of multiplication in European cities in October.

A similar phenomenon took place among European students. Before the pandemic, the youth ministry Jesus House planned to host hundreds of events in German-speaking countries. “The lockdown came, and that dream became a nightmare. We had to cancel all our events, and we were so frustrated,” confessed Julia Garschagen, one of the ministry’s leaders. “But then we realized all those young people would now be at home in front of their computers watching Youtube.” Over half a million people watched live streams broadcasted by the ministry during the pandemic. “That far exceeded everything we would have ever dreamed of,” added Julia.

Lindsay Brown, founder of the FEUER network of university evangelists, affirmed that “The pandemic has shaken the foundations of many secularists. So many are seeking answers to existential questions.”

In addition to ministering online, evangelicals witnessed the power of unity across national and denominational barriers. In the UK, a group of churches recorded a blessing over the nation that inspired believers in numerous countries to do the same. Balkan student movements in Albania, Bosnia, Croatia, Montenegro, and Serbia came together for shared Zoom lectures, which helped a Serbian professor of mathematics embrace faith for the first time.

European evangelicals have experienced their share of hardships this year. But many of them feel strengthened by God’s faithfulness during the coronavirus pandemic. Lars Dahle points to growing emphases on church planting and apologetics and the increasingly significant role of Majority World Christians in today’s Europe as encouraging signs for Christians in the continent.

“The lesson of history is that the church tends to thrive and be renewed when it is faced with crises. For that is when the church looks to the one who is above the storm,” commented Jim Memory. “And that, of course, is a lesson many of our sisters and brothers in the Global South know all too well.”

This may be one of the most significant lessons Christians in Europe will cherish in future years, when they will look back to the COVID-19 pandemic. In a continent with a long history and rich traditions, the next step forward may be born out of the most basic of Christian convictions: childlike faith and dependence on God.

René Breuel is the founding pastor of Hopera, a church in Rome, Italy, and author of The Paradox of Happiness.