To lead well in 2020 and beyond will require a new level of listening and learning.
Ed Stetzer 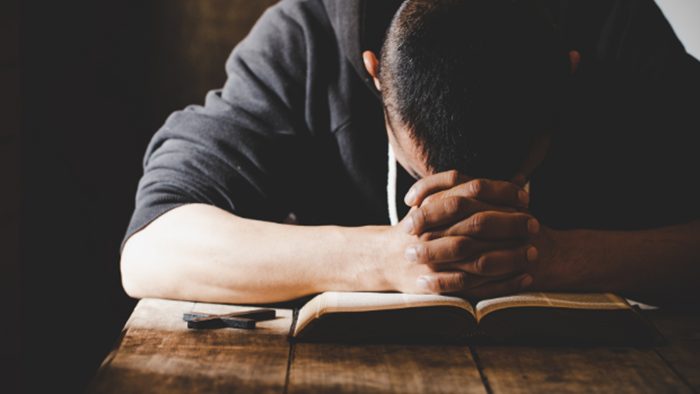 "This is not what I signed up for," a pastor recently said to me—and I get it. Most of us signed up for the kind of ministry where we preach and teach the Bible, share the gospel, people respond by grace through faith—and then we shepherd our people. We would do the things that pastors do and have done for centuries.

Then 2020 came along and wrecked our plans.

Ross Douthat wrote an article in the New York Times describing how suddenly it seems we're in 2030 (“Waking Up in 2030,” July 27, 2020). The suspended time of the pandemic put history on fast forward. The challenges we face are complex.

Recently I talked with a pastor who holds a Ph.D. from Cambridge—a highly educated, pastor-scholar. We talked about things that we both enjoy, like different approaches to theology and culture.

Our conversation soon turned to issues like transgenderism, race and politics. And I said to him, “Neither of us prepared in school for many of the conversations we are having now.”

And we’ve only just begun.

Time for Engagement Not Isolation

None of us can ignore the issues at work here, and the people involved.

For example, systemic racism is real and needs our response. I joined faith leaders at a march in the area of Chicago called Bronzeville, a predominantly African American neighborhood. I marched up front, next to James Meeks, the pastor of Salem Baptist Church and a trustee of Moody Bible Institute, and Charlie Dates, a well-known pastor and leader. I marched with them and spoke up about racial injustice and brokenness because it matters.

The next day, we had another event closer to home— a prayer vigil, led by Wheaton students and involving many of the local churches. We basically walked a prayed. However, it was open to everyone, and the diversity of views was soon evident. For example, after the prayer walk, in the public park, someone held a sign saying “Black Trans Women” and shouted concerns about the disproportionate violence directed at the trans community. Later, others chanted about abolishing the police because some believe all cops are bad.

Then, the response came. Social media was filled with accusatory statements about riots, Critical Race Theory (CRT), and soon the president joined in. The conversation soon included white privilege and more.

Here's where we find ourselves. After George Floyd's killing, many evangelicals were getting involved in ways that they maybe hadn't been before. I remember that during the Bronzeville March, my phone lit up with calls and texts from fellow pastors in Chicago––white evangelical pastors––heading down to the Bronzeville march. It represented a place for Christian pastors and leaders could get together. Some also read books on race, many of which just went to the New York Times bestseller list, including friends like Jemar Tisby and his book The Color of Compromise: The Truth About the American Church’s Complicity in Racism (Zondervan, 2019).

Following the march, I wrote about protesting both for unborn lives (at the March for Life) and for racial justice (at the faith leaders march), because both issues matter. However, Twitter (not always the best place for conversation) soon was filled with accusations of CRT—specifically, people asking me, "Ed, are you for Critical Race Theory?"

When I went to seminary, Critical Race Theory was not taught largely because its ideas were still developing, primarily in law schools. Now, it is for many, the new accusation to be thrown at anyone who acknowledges systemic racism.

Many of those who wanted to step up after George Floyd’s killing, are unsure how to respond to accusations of a belief they never had, about a framework they never studied.

An Attitude of Humility

It takes a sense of humility to admit we don't currently have all the answers, or even know all the issues. But it's vital if we're going to speak up and be involved in some of these social issues. Christians should be engaged just like we've been in the pro-life movement, but we need to know more. We need a posture of learning and humility, perhaps in a way we never had in our lifetimes.

For example, many of us know at what point babies are viable outside the womb, because it's an important part of the pro-life conversation. We learned some things in order to be better engaged. We know that pregnant women are often at dead ends—and that crisis pregnancy centers can help provide another way.

It’s been years since many of us learned about, for example, redlining. Redlining is an historic practice where banks would not provide mortgages in certain communities. It’s illegal now, but its legacy remains. Many neighborhoods that were previously redlined have homes that don’t appreciate in value—like mine does. And, now, when schools are funded by local taxes, there are significant implications.

It does not make you a CRT theorist, a cultural Marxist or a liberal to acknowledge that historic issues (redlining), economic inequities (the greatest source of generational wealth transfer is from houses, particularly when they appreciate in value), and structural issues (the fact that property taxes fund schools inadequately in poor neighborhoods), work together to create systemic injustice.

And that’s just one example. Thus, the point of this article is not to address every issue, but to acknowledge that today's issues require a new level of learning, even beyond what we’ve learned in Bible college and seminary.

The racist structures in the past have projected forward into the present. I believe that, and my guess is most of you believe that. Now, we have many other questions to address—and the answer is a posture of humble learning. I think that is best done in three ways, one eternal and two with contemporary application.

First, we have to learn a deeper theology.

We have to return to and rely upon the Scriptures to help us navigate this time. Yes, we need to be students of our culture to engage effectively in our culture, but we primarily must be people of God's Word, walking in the power of the Holy Spirit. And from the Scripture, we engage a deeper and more robust theological vision for engaging culture.

When I started in ministry, too much of the preaching sounded like five ways to have a better life, three ways to overcome stress and four ways to have more obedient pets. I'm not mad at people who preached that way, but many of them have moved in a direction that is more intentionally theological and in depth. We will all need to do so.

Second, we have to address complex questions of sexuality.

For example, President Obama began running for office saying that he believed that marriage is between a man and a woman based on his understanding of the Bible. He ended his term as president sending a letter to schools saying that they needed to adapt and adopt a new transgendered bathroom policy.

If transgendered, gender identity and cisgendered are unfamiliar to you, it’s a good time to adopt a humble learning posture that goes beyond what we read on social media.

Third, we need to know more, and to speak more on, racial issues.

For example, the prophet Isaiah addresses housing policy. Isaiah 5:8 says, "Woe to those who join house to house, who add field to field, until there is no more room, and you are made to dwell alone in the midst of the land."

As John MacArthur explained in his sermon, “A Godly Man in a Nation in Crisis”:

“The insatiable greed of the landowners of Isaiah’s time caused a great amount of poverty, because what it did was it kept putting all of the resources in the hands of the few, making the gap between the very rich and the very poor wider and eliminating almost altogether anybody in the middle. Amos speaks of it; Hosea speaks of it; Micah speaks of it, and they were all Isaiah’s contemporaries. Wealthy men, ruthlessly acquiring property, amassing fortunes, squeezing out the poor and the helpless, and making them buy at inflated prices to fill their own coffers.”

So, yes, there are systematic injustices to be preached about from the Bible. And it’s not just the Old Testament prophets. For example, James 5:4 specifically talks about unpaid laborers.

In conclusion, we can listen and learn from others—believers and nonbelievers.

For example, we can learn for Christians who have a different lived experience than us. I’ve appreciated so many Anglo Christians reaching out to African-American followers of Jesus, listening to Bible-believing voices who are telling us that systemic racism is real, and there are long-term implications impacting their communities.

And we can listen and learn from Christians who experience same-sex attraction or gender dysphoria, and can more deeply understand their journey.

We can also learn from others, for example, we did a series on “White Fragility: A Conversation on Race and Racism” (on the blog The Exhange at ChristianityToday.com). We're also doing a series on “Critical Race Theory” (starting in December). Both the book and CRT come from outside the Christian tradition, yet impact the world around us—and we need to know and learn more.

This is not what we trained for, at least not at most seminaries, but it is what we are called to prepare for. God called us to people, and people are complex. They need humble pastors who will lead through confusing times with gospel passion, biblical fidelity, and with a humble posture of learning.

Ed has a brand new course at Mission Group, a crash-course on leading through difficult cultural issues. “What Now? Navigating Leadership in Tumultuous Times,” is Ed’s most thorough look at challenging cultural issues, also providing curated links to experts for more information.
This article was originally published in Outreach Magazine, Nov/Dec 2020 and was updated and adapted here.