New LifeWay Research explores the relationship between the current economy and the Church.
Aaron Earls 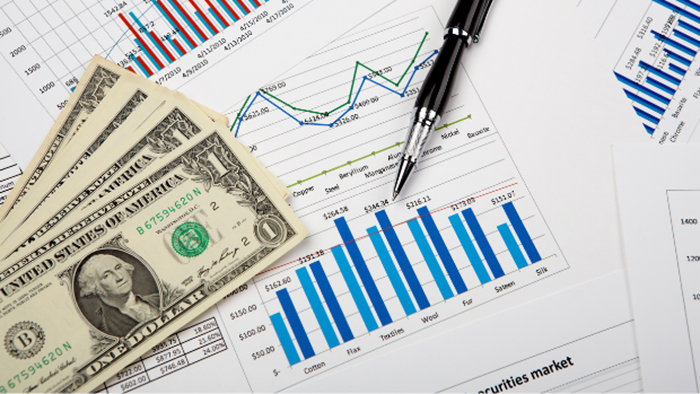 After a few years of economic optimism, pastors say the 2020 economy is hurting their congregation.

According to a new survey from Nashville-based LifeWay Research, almost half of U.S. Protestant pastors (48%) say the current economy is negatively impacting their church, including 5% who say the impact is very negative. 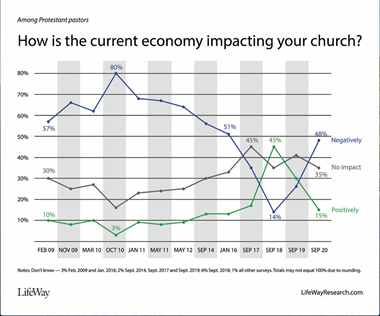 Around 1 in 6 (15%) believe the economy has had a positive effect, including 4% saying it is having a very positive impact. More than a third of pastors (35%) say there’s been no impact.

The 2020 negative numbers are the highest since January 2016, when 51% of pastors said the economy was hurting their church.

“The recovery from the last recession was slow for many churches,” said Scott McConnell, executive director of LifeWay Research. “Even in a good economy, it can be easy to focus on external factors that are hurting your church’s finances. Clearly, many pastors are seeing the recession in 2020 impacting their church.”

Most Protestant pastors say giving has been at or below 2019 levels, as well as at or below their budget for this year. Around a third report giving levels lower than last year and lower than their current budget.

“2018 looks like as good as it gets for positive economic impacts for churches,” said McConnell. “People quickly got used to improved take-home pay from tax changes and were seeing flat wages meaning 2019 was more difficult for churchgoers to maintain 2018 giving. Now in 2020, a recession brought on by the COVID-19 pandemic has set a third of churches behind their 2019 giving.”

Some churches are faring worse in giving than others in 2020. Minority led, mainline and smaller congregations are more likely to say they’ve felt the brunt of the declining economy.

African American pastors are the most likely to say the economy is having a very negative impact on their church (20%).

African American pastors are also more likely to say their giving is lower than budgeted (48%) and below 2019 levels (50%) than white pastors, among whom 31% report giving below budget and 34% who say offerings are down from last year.

For more information, download the complete report or visit LifeWayResearch.com.

Comparisons are also made to the following telephone surveys using random sampling: