But the right outcome here doesn’t mean all restrictions are invalid or that churches should reopen.
John Inazu 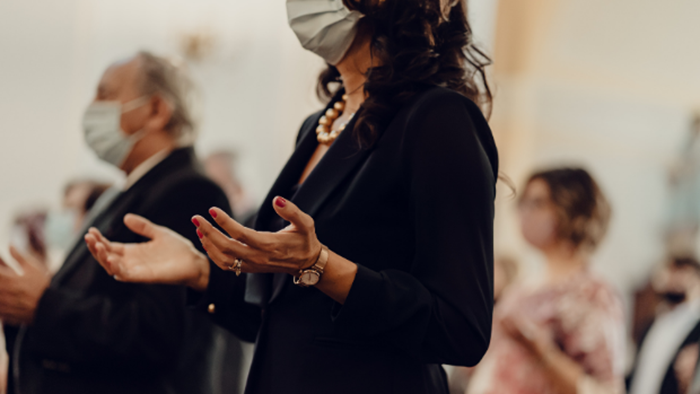 We’ve been following closely the religious liberty concerns around the pandemic. For those who follow The Exchange, we’ve posted articles opposing the inappropriate ruling of the Supreme Court in the Nevada Case, “We Can’t Roll the Dice on Religious Liberty: Nevada, the Supreme Court, and Churches.” The point there (and here) is consistent application. The same was true when we wrote about the District of Columbia lawsuit, “Let My People Meet: Capitol Hill Baptist, and Inconsistent Government Rules.” The subtitle there was important, “Real violations of religious liberty occur when the government singles out churches, not when everyone has to follow the same rules.”

This morning, John Inazu tweeted a thread about the ruling. I messaged John and asked if he might unpack those tweets in an article. He graciously put this together on Thanksgiving morning, and we wanted to share it with you. As John rightly puts it, “Keeping Home Depot open while limiting houses of worship might make sense. Keeping restaurants and bars open while restricting houses of worship at the level of NYC’s order is much harder to defend.” I share John’s concern both for the neutral application of the law and for those who shout religious liberty violation when there is none. (John and I discussed religious liberty concerns in depth on the Stetzer Leadership Podcast here.)

Considering the difference between the Nevada Ruling and this New York Ruling, I will again indicate my appreciation for Amy Coney Barrett’s voice and vote on religious liberty.

Last night, the Supreme Court issued injunctive relief to houses of worship challenging New York City’s COVID-19 restrictions on in-person gatherings, the first time it has granted such relief during the pandemic. I have mixed views about the decision and early reactions to it.

First, I don’t think this decision is as momentous as commentators are suggesting. It is fairly fact-specific injunctive relief, and the nature and scope of pandemic orders vary greatly around the country. It’s hard to generalize much from this decision, and I’m concerned that public messaging about it will fuel a broader culture wars narrative from religious leaders like John MacArthur who insist “there is no pandemic” and continue to hold services for 7,000 unmasked people. An injunction against a 25-person cap is not a green light to return to regular worship. Given the current state of the pandemic, it’s not even a yellow light.

The dire rates of transmission we’re seeing all around the country, the Thanksgiving holiday travel, and our growing awareness that indoor, in-person gatherings are a major cause of transmission all increase the likelihood that even more restrictions may be coming. That’s another reason it’s best to view this order as limited and fact-specific.

That said, I think the Court’s decision is correct and offers some important observations. One of the most important is that these shutdown orders cause irreparable harm because they restrict First Amendment freedoms—and that virtual worship is not a constitutionally sufficient alternative. In other words, worship is absolutely an “essential activity” and to say otherwise is constitutionally incorrect and politically unwise. The New York City order and others like it should not be classifying worship as non-essential. Of course worship is essential.

That doesn’t mean worship may not be restricted. Earlier this year, the Court denied injunctive relief to a challenge against California’s restrictions affecting houses of worship. Chief Justice Robert’s concurrence supporting California’s restrictions seemed largely correct to me. In many cases, limitations on houses of worship will be constitutionally permissible policy decisions.

The New York City order is an example of policy overreaching. The constitutionality of other orders will depend upon local context and the degree to which restricted activities share comparable characteristics. Justice Gorsuch’s concurrence in last night’s decision gets too cute, comparing worship services to bike shops and liquor stores:

[T]he Governor has chosen to impose no capacity restrictions on certain businesses he considers “essential.” And it turns out the businesses the Governor considers essential include hardware stores, acupuncturists, and liquor stores. Bicycle repair shops, certain signage companies, accountants, lawyers, and insurance agents are all essential too. So, at least according to the Governor, it may be unsafe to go to church, but it is always fine to pick up another bottle of wine, shop for a new bike, or spend the afternoon exploring your distal points and meridians.

Picking up a bottle of wine and attending a lengthy worship service are not comparable activities when we consider where people are located, how they’re moving, and what they’re doing. We would need to know a lot more before buying into Justice Gorsuch’s closer: “Who knew public health would so perfectly align with secular convenience?”

Justice Gorsuch rightly notes that we are past the pandemic’s early stages and we know much more about the virus today. But it’s not clear which way that cuts. On the one hand, many houses of worship are taking precautions that appear to be effective (as noted by the evidence presented in this case), and certainly better than activities like in-person dining. On the other hand, the pandemic is getting worse.

The elephant in the room is all of the latitude given restaurants and bars, whose gatherings seem far worse for the pandemic than limited-number, masked, indoor worship. As Amanda Mull observes in The Atlantic:

Why can’t a governor or mayor just be honest? There’s no help coming from the Trump administration, the local coffers are bare, and as a result, concessions are being made to business owners who want workers in restaurants and employees in offices in order to white-knuckle it for as long as possible and with as many jobs intact as possible, even if hospitals start to fill up again.

Of course, questions of law and governmental policy speak only to what houses of worship may do, not what they should do. At a time when much of the country is sick and suffering and much of the country is partying and dining, many houses of worship continue to comply voluntarily even when orders have exempted them. That’s a tangible sign of loving one’s neighbor, even at great cost.

John Inazu is the Sally D. Danforth Distinguished Professor of Law and Religion at Washington University in St. Louis. He is the author of Liberty’s Refuge: The Forgotten Freedom of Assembly (Yale University Press, 2012) and Confident Pluralism: Surviving and Thriving Through Deep Difference (University of Chicago Press, 2016), and co-editor (with Tim Keller) of Uncommon Ground: Living Faithfully in a World of Difference (Thomas Nelson, 2020).