How we can learn from the impact of the 2016 U.S. Presidential Election on politically divided relationships.
Olga Dietlin 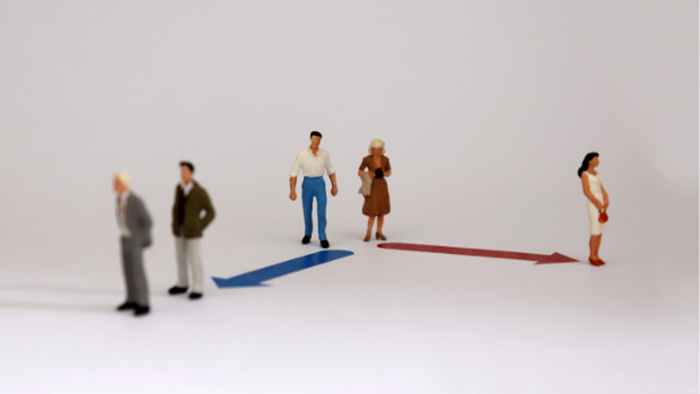 Wrapped in the fog of COVID-19 and election-induced fatigue, my emotions are clustered together: weariness, frustration, disappointment… I feel little from the other side of that valence chart, where we find excitement, enthusiasm, joy, and elation. The latter word reminds me of the interview with Eric, one of the participants in our study, which explored the impact of the 2016 Presidential Election on the politically divided relationships. The study's principal investigator, Dr. Hannah Bayne from the University of Florida, gathered a politically diverse team: two researchers identified as "liberal" and two as "conservative." Hannah came up with an idea partly to cope with her own relational discord following the 2016 Presidential Election. We interviewed parents and adult children, spouses, best friends.

Eric just told me a story about how he had snuck out of the house and rode his bike to the polling station. His wife did not want him to vote. She asked him to promise her that he would not vote for Trump. Voting for Trump in California, Eric reasoned with himself, would not make any difference anyway. Struggling to bridge the growing divide, Eric wanted to make peace with his wife. Then, on November 8, 2016, he woke up feeling uneasy about his predicament and, eventually, grew more determined: to be true to himself, he needed to vote. I sensed Eric's hesitation as he started to tell his story, so I shared that I had voted for Trump. The self-disclosure might have helped with our rapport then, but it has also probably instantly distanced you, CT reader, now. This is affective polarization at work. Unlike a disagreement based on policy issues, we can experience instant, pervasive disdain for those affiliated with the opposing party (Iyengar et al., 2019) or favoring a presidential candidate we find unworthy.

But back to the interview: In response to my question about the way he felt when he first learned about Trump's victory, Eric answered with a fleeting smile: "Elated." In a separate interview, his wife, Sabrina, recalling the stunning turn of the events, both in her home and on the TV screen, said she felt deceived, "was crying and very angry." A counselor in me emphasized with the couple. A researcher was curious: How could the Presidential Election lead to this profound relational crisis? And how have they coped with the dissonance, threatening to erode their unity?

Through these interviews, we learned about various ways the study's participants navigated political differences in their significant relationships. They reported that communicating respectfully and sustaining close and meaningful contact was difficult. Their strategies to support the relationship echoed the literature on couple relationships. Gottman and Gottman (2015), for example, found that the "masters" of couple relationships turned toward their significant person rather than turning away or turning against them. We utilized these phrases post hoc to categorize participant strategies .

In turning away responses, participants distanced themselves from their significant person. In some cases, this shift was short-term, while in others, this movement away became long-standing. Turning against approaches included "attempts at relational and political persuasion, ranging from efforts to modify the other's political perspective to making ultimatums about the relationship, rather than understanding their significant other's political position" (Bayne et al., 2020, p. 147), sometimes with aggression:

"I wanted to shake him and say 'Wake up! Look what's going on. You're part of this. You can't be content with this. You can't just wind up this toy and let it run across the room and not worry about what it's going to bang into." (Bayne et al., p. 147)

Studies of personal conflict in intimate adult relationships have found that viewing oneself as intellectually or morally superior or more informed is toxic to the relationship's health. No wonder our participants recognized these responses as unhelpful or even harmful.

Turning toward strategies helped to stabilize and sustain the relationship. The participants engaged in self-censoring by editing their verbal and non-verbal responses or considering how their reactions would influence the other person. The majority of participants shared extensively about their efforts to repair the ruptured relationship.

In addition to their focus on repairing the relationship, participants prioritized their relationships over a political disagreement. A conservative participant, for example, shared her conviction that "relationships are more important than whatever human being ends up being elected into office" (p. 148). A prevalent turning toward strategy involved finding ways to discuss political opinions and differences (rather than avoid all political discussions). Some participants designated a specific time to talk or created rules for a constructive exchange. Respectful acknowledgment of difference seemed to sustain their dialogue.

Humor was another important turning toward strategy. For some, communicating indirectly – via email, a letter, or phone – seemed to help control the intensity and impulsivity of response. Several participants dove into their faith as they coped with a ruptured relationship. A conservative participant stated:

As a Christian, I truly believe I will be in heaven one day, and then none of that is going to matter at all. Who gives a rip if you are a Republication or a Democrat or an Independent?. . . It's not going to matter. So I'm trying not to make it matter down here. (p. 148)

Turning elsewhere category included the participants' efforts to redirect their energy and persuasion to local or state politics or connecting with like-minded friends and family members. Some participants sought the help of a professional counselor to help them steer through the political difference at home.

Being a part of this research project has been a coping strategy of its own. Coincidentally, the team's politically diverse members continuously turned toward one another, prioritizing our project and our relationships over sharp political differences. We celebrated the births of our children, tenure, and joys of smaller proportions. We continue working together. No matter who will be in the Oval Office in 2021, we will continue to plow the muddy ground, moving toward a greater understanding. Researcher Liliana Mason (2018) wrote that "the passion and prejudice with which we approach politics is driven not only by what we think, but also powerfully by who we think we are" (p. 885). Let us hope that our ultimate, and not political identity, will help us embrace the posture of turning toward while looking up.