How do we break the stereotypes surrounding Christianity?
Sam Kim 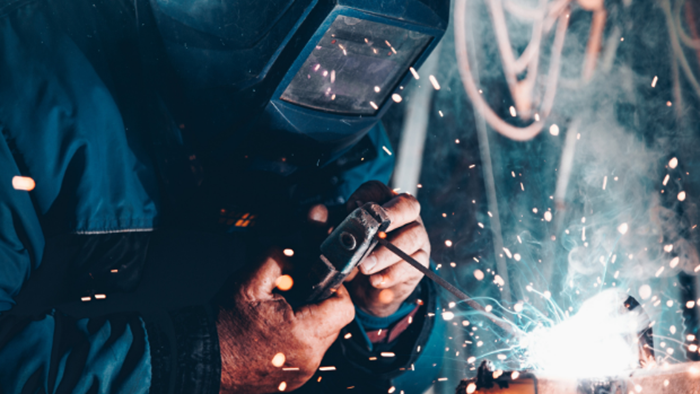 A Houston-based pediatrician and pastor grabbed national attention this past July, after the president retweeted her peddling the same COVID-19 conspiracies theories he himself has pushed before. In a video that has now been banned by most social media companies, Stella Immanuel touted hydroxychloroquine as a cure for COVID-19 and said that wearing face masks aren’t necessary to stop the spread. She garnered tens of millions of views online and is endangered many in our country to unnecessary harm.

As a current Yale Hastings Scholar and former recipient of an AAAS Fellowship in partnership with Yale Divinity and Yale Medicine exploring the growing polarization between faith and science today, I believe Christians perpetuating COVID-19 conspiracies will do irreparable harm to our gospel witness for generations.

Spreading conspiracy theories and fooling a disproportionate number of Christians during a global public health crisis will not only call into question our good judgement but only reinforce what many in broader culture already believe about Christianity today.

Dumb. Anti-science. Brain-washed. These three words describe what many urbanites feel about church and churchgoers. While they may never actually say so out loud, these words do reflect the views of many millennials and Gen Z living in secular global cities today.

The world has changed drastically in the last 50 years, and perhaps it is not surprising that along with the recent passing of Billy Graham, the era of biblical authority in America has also passed. In Graham’s era, not only did about 75 percent of the U.S. population attend church, but the majority also believed the Bible to be the authoritative word of God. If we want to reach the prevailing culture with the gospel today, we must work at developing a better framework for the secular mind. Thus, the primary work of evangelism to a post-Christian culture today is that of breaking the stereotypes surrounding Christianity. What then, should we do?

First, expect prejudice, but remember that good representations always prevail. In conversations with secular friends over recent years, I repeatedly encountered one stereotype: “I always thought Christians were generally dumb.” In my experience, the primary reason those who live in global cities dismiss Christianity altogether is because of this single generalization. I have experienced this attitude firsthand, as secular friends who visit our community are often astonished to meet so many thinking Christians: physicians in multiple specialties; engineers in fintech and biotech; visual effects artists working with a smash hit TV series, like Netflix’s Stranger and Things; or those studying at Columbia or NYU. Clearly Christians aren’t unintelligent, but the power of unchecked bias can overwhelm common sense.

Eliminating this stereotype requires something powerful. Romans 16:19 requires believers to be excellent in all that is good. This is why Christian representation in elite secular institutions is important for remaking the negative image of the church in large secular cities today. The very presence of Christians students at Columbia and NYU mitigates bias about young Christians. Christian physicians in multiple specialties flourishing in their work in the city reconstruct and re-present the value of faith in healthcare and in people’s personal lives. If we want to reach the center of the city, the pursuit of excellence for the glory of God must be adopted as a core missional strategy.

Second, we need to revisit and repaint the creation narrative. In conversations with secular friends who have come to Christ in our community, all shared their difficulties taking Christianity seriously at first because it seemed anti-science.

The greatest barrier was the way they understood the biblical creation narrative. One asked how a literal seven-day creation could be true, if the knowable universe is billions of years old. Another joked it was likely a more advanced civilization created the big bang than a creator.

Perhaps theories about ancient aliens and UFOs capture the imagination of our culture because our own communication of the metaphysical is too sterile. Genesis clearly tells us, “in the beginning, God created the heavens and the earth.” Perhaps we skim over cosmology and move too quickly to anthropology in our theology. If our narrative of creation cannot transcend that of SpaceX and Marvel and Star Wars, those stories will seem more attractive alternatives than the God of Abraham.

Interest in the paranormal increases as NASA continues to discover additional exoplanets, and in response new and more creative conspiracy theories will dominate the headlines and capture the hearts of a generation. St. Augustine named this deep longing we all feel for the transcendent a “Holy Haunting.” If we use this beautiful theological reality as our primary evangelistic lens, we’ll begin to recognize that the culture is actually giving us the key to its heart.

In the past, we were (and sometimes still are) haunted by the transcendence of sex. As G.K Chesterton once posited, “Every man knocking on a brothel is looking for God.” Similarly, everyone looking for aliens and UFOs is also looking for God. The scenery has changed, but not the desire.

This presents us with an amazing opportunity to share the gospel. How? We must recognize the culture’s obsession with the paranormal as a holy haunting, rather than a manifestation of the power of whacked-out conspiracy theories. We can only open the hearts of others to the gospel when we begin to value and respect their journeys.

Lastly, many seekers assumed that most Christians were culturally indoctrinated as a direct result of their positionality. To put it bluntly, many believed Christians were essentially brain washed zombies. I once pointed out during an outreach event in our community that there are more born-again Christians in the Chinese underground church than in the United States, despite the geographical and cultural position of the former. Perhaps for the very first-time many seekers were confronted that day with the startling possibility Christianity may actually be true. Peter 3:15 suggests we are always to be prepared to give an answer to everyone who asks us for the reason for the hope that we have, with gentleness and respect.

It is thus of paramount importance that the church creates an environment where seekers can enter into conversations about their doubts. The Alpha Course has been highly effective in mitigating these types of concerns. Ultimately, creating a safe space for seekers to discuss their doubts, objections and fears is essential for effectively engaging today’s culture with the gospel. If I’ve learned anything about effective gospel witness in a post-Christian culture is this: real faith isn’t opposed to doubt, but is actually part of the process. Conversely, perhaps the same axiom can be applied to Christians regarding conspiracy theories: a little doubt isn’t necessary a bad thing.