Justice without Jesus is just us—and it's not the answer.
Michael O. Emerson 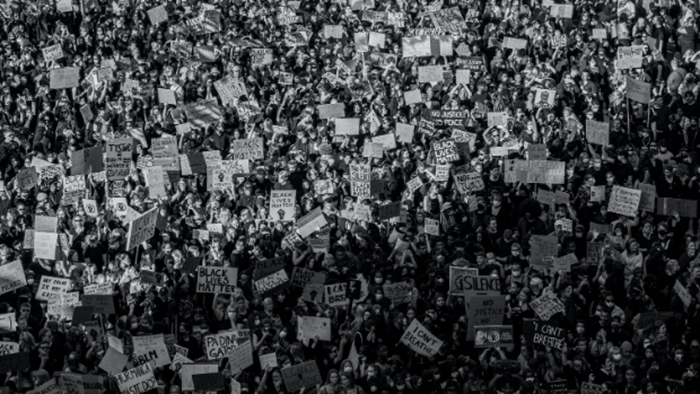 Image: Unsplash
Michael O. Emerson is Professor and Department Head of Sociology at the University of Illinois at Chicago. He is the author or co-author of 15 books, including Divided by Faith and Transcending Racial Barriers.

I know a white pastor who came to understand the depth of racial inequity and white dominance in our society. He also came to see how the Church at large has so often been either complicit or directly supportive of such dominance.

He no longer accepted living in such a way. He changed his faith to be more focused on justice. Disturbed that he had not been taught this in seminary, he came to question how we have interpreted the Bible. He came to question whether personal morality really mattered. As he moved more toward a focus on justice, I saw other changes—his language got saltier, laced with what the Bible calls unwholesome words. He felt it necessary language to confront injustice. His countenance changed. He became increasingly angry and outwardly bitter. The world was so broken, too many people did not see it, and it all combined to deepen his frustration.

His sermons changed, focusing less on Biblical exegesis and more on the principle and imperative of justice, at first linked to the Bible. But the Bible began feeling like it did not go far enough, so he drew on alternative sources. Justice must be achieved, even if it cost him his faith, which in the end, it did.

I know a young white professor, raised in a Christian home, committed to her faith in a very serious way. But through her education she increasingly came to see the gross inequities of our world.

Out of her Christian conviction she sought to study, learn, and produce new knowledge that would bring about racial justice. She grew increasingly frustrated with the church as she knew it. It seemed uninterested in racial justice. She questioned whether the Bible really can be interpreted as truth. If it could, why were the folks who say the Bible matters uninterested in huge parts of it, or willing to reinterpret it to fit the world they wanted?

She began distancing herself from the faith. Justice was too important. She moved away from Christian community, and toward those who view justice as central to what must be achieved. Her critique of racial inequality grew beyond race, to economics, and then to gender, and then even further. Moving into a different world, this married women recently decided she is not a woman, but identified as a they. “I will not live in the repressive gender binary system that is unjust, limiting, and harmful.” In this person’s current view, gender is an unjust system promulgated by the Bible, now seen as a mere tool of oppression.

Two people, two stories. They represent what I see repeatedly. Christians grow up in faith defined as an individual relationship with Christ. When they learn that God cares about justice, and when they see the whiteness and complicity of the faith they claim, they either become tied tenuously to that faith, mocking many aspects of it, or they leave it all together.

Based on these metaphors, as Rev. Daniel Hill describes in his new book, White Lies, when whites come to see the relationship between white supremacy and white Christianity, they are unable to imagine their decoupling, so they eventually say goodbye to Christ. They are too dedicated to justice to stay in the faith. And it is not just whites. People from all racial and ethnic backgrounds, seeing Christianity as the religion of the white oppressor, walk or stay away.

Several tragedies collide here. We have a massive swath of the church whose dedication to ignoring and minimizing injustice is straight up evil and causing severe damage. We have people encountering and being discipled in such churches that they are unable to see it ever changing, so they leave. In doing so they continue to be racialized and act out of a race-limited understanding. We have people who have made justice their God, yet another instance of the litany of humanity’s idol worship. We have people defining justice as they see fit rather than wrestling with what Biblical justice is. And, in the end, we have people abandoning Christ.

Ultimately, we have what my pastor Peter Hong calls “Justice without Jesus,” resulting in frustrated, embittered ex-Christians joining others bent on bringing justice to the world no matter the means. Only the end goal matters.

But when only the end goal matters, the means fail.

Jesus taught that the means—non-violence, loving our enemies—matters equally to the end goal. Nonviolence is essential because moral victory comes only when injustice is exposed for what it is, a demonic force, rather than opposing whichever group is in power. Think of it—is there any society any place where there are not dominant, oppressive groups, and where there are not marginalized groups? “For we wrestle not against flesh and blood, but against principalities, against powers, against the rulers of the darkness of this world, against spiritual wickedness in high places” (Eph 6:12).

Martin Luther King Jr., applying Christ’s teachings, knew this. That is why he stressed that any victory at the cost of another group is a battle won, but a war lost. This ushers in an endless cycle of conflict and hate. It is the Hatfields and the McCoys.

Justice is not about domination or identity politics or even getting what is fair. Justice is about realizing right relationships, making right what is broken between us—including fixing our systems. Jesus’ justice is shalom: peaceful, equitable community in communion with YHWH, directed and empowered by the Spirit of Christ, certain to come to pass by God's power and not our own.

In the final analysis, justice without Jesus is exactly that: just us. And that will never be enough.

The solution is not abandoning Christ. It is finding Christian communities that are not as captured by whiteness – such as healthy black, multiracial, and immigrant churches - and learning from them. As hip-hop artist Lecrae has said: "I'm glad Jesus ain't American, and that's the reason that I care again." The solution is reading books about biblical justice, such as Dennis Edwards Might from the Margins: The Gospel's Power to Turn the Tables on Injustice, or Tim Keller’s forthcoming article, “Justice in the Bible,” and applying those lessons. The solution is seeking examples and resources of faithful Christian activists, such as The Witness, Truth's Table, the Asian American Christian Collaborative, and the Christian Community Development Association.

So my plea: Go with the Biblical Jesus if you truly care about justice. Don’t veer to the left. Don’t veer to the right. Instead, as the Rev. Danny Martinez has said, let us engage in the politics of heaven: working for God’s Kingdom here on earth.

Edwards, Dennis L. 2020. Might from the Margins: The Gospel’s Power to Turn the Tables on Injustice. Harrisonburg, VA: Herald Press.

Lecrae. 2017. From the song: Can’t Stop Me Now. Album: All Things Work Together. Reach and Columbia Records.