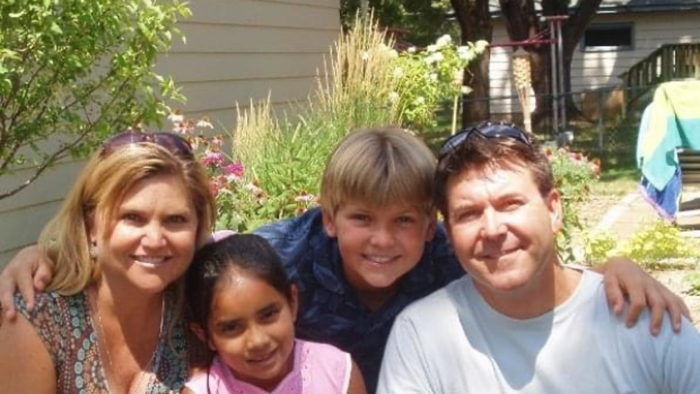 Over this past weekend, Dr. Ibram X. Kendi, author of How to Be an Antiracist, drew attention for his bold tweets in response to a since-deleted tweet of Supreme Court nominee Amy Coney Barrett’s sister holding two Black children. Amy Coney Barrett herself has adopted two children from Haiti. He stated, in multiple tweets:

Some White colonizers “adopted” Black children. They “civilized” these “savage” children in the “superior” ways of White people, while using them as props in their lifelong pictures of denial, while cutting the biological parents of these children out of the picture of humanity.

And whether this is Barrett or not is not the point. It if a belief too many White people have: if they have or adopt a child of color, then they can’t be racist.

After receiving pushback from other users on the platform, he further clarified his position:

I am nowhere near the first person to critique his comments, but I would like to re-examine them in the light of the wider relationship between evangelical Christians and adoption, as well as my own personal experience as a transracial adoptee.

Does adoption make you “non-racist”? The short answer is no.

Dr. Kendi’s remarks are not about evangelicals in particular, but it is not difficult to come to the conclusion that his critique may have something to do with a religious movement that has unfortunately become synonymous with “white in America.” Kendi was responding to Amy Coney Barrett’s family, a woman who seems to have become the Ruth Bader Ginsburg for conservatives since her nomination to the Supreme Court was announced.

Kendi isn’t the first public figure to make such condemning statement about the evangelical adoption movement. In 2013, The Exchange published an article in response to a NPR interview with Kathryn Joyce, author of The Child Catchers: Rescue, Trafficking, and the New Gospel of Adoption, which I encourage you to read. Evangelicals have been coming under fire for the adoption movement for quite a while.

Joyce claimed that the current evangelical adoption movement was an attempt to make evangelicals look better in the media. By and large, I have not found this to be true, but I would be remiss if I didn’t mention the story of family vloggers James and Myka Stauffer, who are Christians, who found themselves in the middle of a controversy this summer after “re-homing” an autistic child they adopted from China.

To give a brief synopsis, the Stauffers chose to adopt this child from China and then decided to re-home him once they realized they could not provide for his needs, despite being warned repeatedly of the high level of need this child required throughout the adoption process. Due to their occupation as family vloggers, they directly profited off of this young child’s presence in their videos. As crude as it sounds, they did gain positive PR from adopting a child with disabilities, but once the adoption became too difficult, the child was no longer a part of their family.

Unfortunately, there is a grain of truth to Joyce’s claims, as well as Kendi’s. But it is just that: a grain. Many white people believe that if they have adopted a child of color, then they are automatically not racist. It is similar to the "Some of my best friends are Black" defense. And just like that defense, it does not hold up. This is a conversation I’ve had with my own white family. Just because I am not white and a part of their family does not mean their implicit biases are any less real. How you view the nonwhite person in your family, that you might have raised, is bound to be a different valuation than the person of color you see on the street.

I acknowledge the truth in Kendi’s claim, and actually agree with the idea that white parents of kids of color cannot claim to be inherently “not racist” because of their adopted child.

However, I find nearly everything else about his tweets indefensible, particularly after reflecting on my own story of transracial adoption.

Please don’t dehumanize my experience to make a socio-political statement. 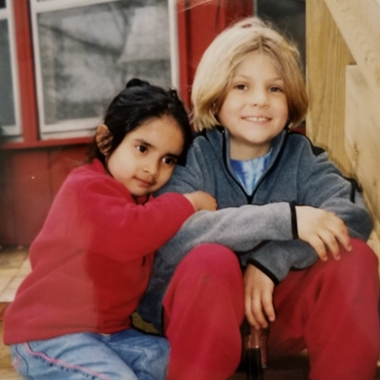 My brother and I.

In 2001, I was adopted at a young age from a Christian orphanage in Hyderabad, India. The family that adopted me—my family—lived in Minneapolis, Minnesota. As you might be able to guess, they are white. My adoptive mother traveled across the world, by herself, to make me a part of her family. I think that’s an act of love, that someone wanted me bad enough to seek me out. My adoptive father grew up in the foster care system in Minneapolis, Minnesota. My parents were not strangers to what it means to be an orphan. They already had one child, my older brother. I didn’t just happen to be a part of my family— I was chosen. 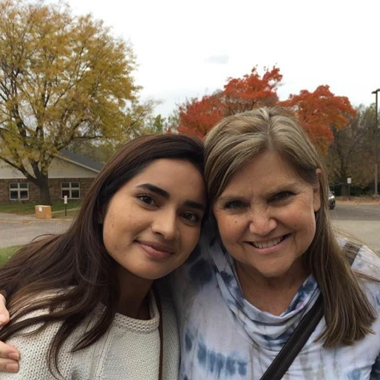 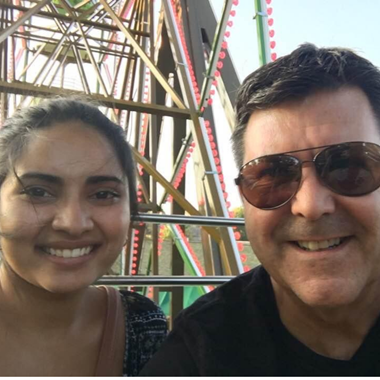 Growing up, I remember attending SILC (School of Indian Language and Culture) on Saturday mornings so that I could be around other people who looked like me, and be immersed in my own culture—there were no white children there. On one of my first days in the United States, my family brought me to the mall to get my ears pierced, as is customary for Indian babies. Hyderabad is known as the “City of Pearls,” so my adoptive mom brought home pearls that I still have today. Perhaps Kendi would see these acts as using me as a prop, but I see them as marks of unconditional love—an unconditional love that seeks to acknowledge my cultural identity in any way that it can.

Kendi also states that these “colonizers” are “cutting the biological parents of these children out of the picture of humanity.” I don’t know how else to respond to this but by saying this reality: They were already gone. If my biological parents had the capacity or desire to be in my life, I wouldn’t have been in an orphanage. That’s not my adoptive parents’ fault. It certainly isn’t my fault. That might not even be my birth parents’ fault, but rather the result of a system that failed all of us.

My story is not representative of the stories of all adoptees—but neither are Kendi’s accusatory statements. Kendi portrays transracial adoption as inherently evil, as just another part of the very real, and very sinful, system of racism that perpetrates all of our lives. Adoption, like many things, is not that simple, and the notion that it can be undermines my experience, my family, and my very existence. Am I any less brown because my family is white? I don’t think so.

Without transracial adoption, I can’t guarantee that I would be alive, much less alive, educated, and writing this very article.

Sitara Roden is a recent addition to The Exchange and serves as Managing Editor. Roden also serves as Promotions Strategist at the Wheaton College Billy Graham Center.