Thoughts on the kingdom of God and the common good.
Ed Stetzer and Josh Laxton 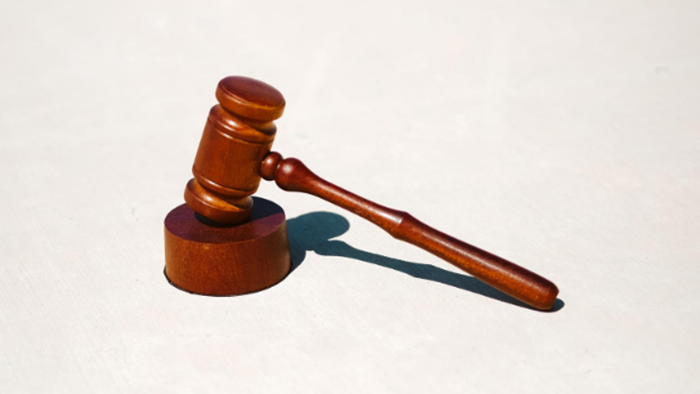 The phrase, “The Kingdom of God,” has been in the news recently given Amy Coney Barrett’s reported use of the phrase. She is, it appears, on President Trump’s short list of nominees to replace Ruth Bader Ginsburg who died last week.

The Kingdom of God was even trending on Twitter.

As one can imagine given our tense and toxic political environment, many Democrats (and a few Republicans) are unhappy about the prospect of President Trump nominating a Supreme Court Justice between now and the election on November 3rd. Many of them, including former Vice President and Democratic presidential nominee, Joe Biden, believe that President Trump should postpone the nomination until after the election.

Not only are many Democrats upset that President Trump may proceed with a nomination, some are uncomfortable with Amy Coney Barrett, the supposed front runner for the nomination.

Why would many Democrats be uncomfortable with Barrett? There are many reasons, I am sure. Aside from being mentored by Antonin Scalia and a proponent of originalism, statutory interpretation, and stare decisis, we also know (from a past hearing) that some are uncomfortable with her devout Roman Catholic beliefs. As I wrote during her last nomination hearing, for some Democratic senators, this dogma won’t hunt.

For Barrett', her faith clearly intersects with her vocation. While speaking to graduates of the Notre Dame Law School years ago, Professor Barrett addressed what it meant to be a “different kind of lawyer.” She stated, a “legal career is but a means to an end. . . and that end is building the kingdom of God."

There are many other reasons that people are uncomfortable with the timing and the potential nominee, but, based on the news and Twitter, the language of building the kingdom of God has made some people uncomfortable.

It should not—it is basic language used across different Christian traditions and denominations.

What is the Kingdom of God?

The “Kingdom of God”—or simply put, the rule and reign of God—is something that practically every Christian tradition embraces, albeit with a wide range of understanding and application.

For brevity and simplicity, I want to note four elements to what constitutes the Kingdom of God.

In the Kingdom of God, God—or YHWH—is King. And in a kingdom, everything revolves around the king; in Scripture, that means the glory of YHWH. As the Scriptures unfold, YHWH is revealed in the person of Jesus Christ. Now, Jesus more specifically, is the King in the Kingdom of God.

There is a territory over which the king reigns. In the Gospel of Matthew, the recurring phrase, “Kingdom of Heaven,” is used to describe what Jesus inaugurated in his coming. Elsewhere, it is referred to the “Kingdom of God.” In addition, Jesus, in his teaching on prayer, instructs his disciples at one point to pray, “Your kingdom come. Your will be done on earth as it is in heaven.”

Jesus gives more detail to, and is the personification of, the Old Testament teaching that God is bringing his rule to earth. In creation, God established earth as his domain over which he rules. Isaiah 66:1 states, “This is what the Lord says: ‘Heaven is my throne, and the earth is my footstool.” God created earth as a domain to extend his reign.

Third, the citizens of the kingdom.

A note that combines this element with the second element is that in creating Adam and Eve as his image bearers, God establishes the fact that earth is his. It was common in antiquity for earthly kings to erect images of themselves and place them in far flung corners of their kingdom signifying that domain is under their reign.

Throughout Scripture God seeks to be in personal communion and covenant with his people. Israel was to be God’s people, living in the Promised Land, to serve as a “kingdom of priests.”

In the New Testament, Jesus (both the better Adam and Israel) through his death, resurrection, ascension, and sending of the Spirit, gives birth to the church. The church isn’t the Kingdom, it is a representation (or reflection) of the fully coming Kingdom. Nevertheless, they are citizens of the already but not yet Kingdom. In Revelation we read, “Look, God’s dwelling is with humanity, and he will live with them. They will be his peoples, and God himself will be with them and will be their God” (Rev 21:3).

Fourth, the rule of life.

The king reigns through a set of laws and statues that govern the people of his land—for his glory. Also, these laws are meant to reflect the nature, character, and attributes of the king and his kingdom.

A Theological Understanding and Application of God’s Kingdom

Theological interpretations and applications of the Kingdom of God are vast, and this one brief article will hardly touch on them. In my book, Subversive Kingdom, I say much more.

One of the more common understandings of the Kingdom of God is the Two Kingdom view (which still has its nuances) originally articulated by Augustine in The City of God and later developed by reformers like Martin Luther.

Two Kingdoms adherents generally claim the Bible teaches that God rules all of creation in two distinct ways; one through the “common kingdom” in which all people operate by natural revelation, and the second through the “redemptive kingdom” in which Christians are ruled by special revelation. Two Kingdom adherents believe that Christians should not impose biblical standards on society but instead appeal to common understandings of the good, the true, and the beautiful shared by all people. Within the realm of the “redemptive kingdom,” they hold that believers are nurtured through the church by means of preaching, the sacraments, and participating in Christian community. (See Tim Keller, Center Church, 194–217).

The church as citizens of the “already but not yet” kingdom participates in the mission of God—to redeem a people for himself from every tribe, nation, and tongue. The church participates by sharing and showing the gospel of King Jesus, the Spirit of God works subversively through believers to expose the darkness, to convict sinners, to invite people into becoming a new creation in Christ, and to catch a glimpse of the future consummated Kingdom of God.

This understanding of the Kingdom of God doesn’t describe every tradition’s view—I don’t know if it represents the view of Amy Coney Barrett. However, I tend not to use the word “build” in this context, but I do know many who would eagerly support a Supreme Court nominee who sees their vocation as a platform to engage as a citizen of the Kingdom of God.

Many would celebrate such an appointment, while others—perhaps especially less religious and/or more secular people—would be concerned about a judge or justice using such language. It seems Washington Post writer Ron Charles is concerned as he tweeted, “Amy Coney Barrett, the judge at the top of Trump’s list to replace Ruth Bader Ginsburg, has said we should always remember that ‘a legal career is but a means to an end… and that end is building the Kingdom of God.'”

So, yes, there are political differences here for many reasons. My intent is not to address all of those in this short article. However, the concern about kingdom language is also worth exploring, as I’ve tried to do here. Yes, for some, “building the kingdom of God” would be seen as an obstacle. But as my good friend Karen Swallow Prior tweeted in response to Charles, “Better to appoint/elect people who want to make hell on earth, I guess?”

For me, teaching at a school with the motto, “for Christ and Kingdom,” this language is normal and widespread in the Christian church. If you want to oppose this nomination, I hope it is not because of this basic Christian terminology and emphasis.

My prayer echoes that of our King, “Your kingdom come. Your will be done on earth as it is in heaven.” If God chooses to answer such a prayer during this transition period between inauguration and consummation of the Kingdom of God, I know that life will be valued, morality grounded, equality advanced, justice served, religious freedom upheld, and God will be honored. And these are the things that at her very root, makes America great.