Real violations of religious liberty occur when the government singles out churches, not when everyone has to follow the same rules.
Ed Stetzer and Josh Laxton 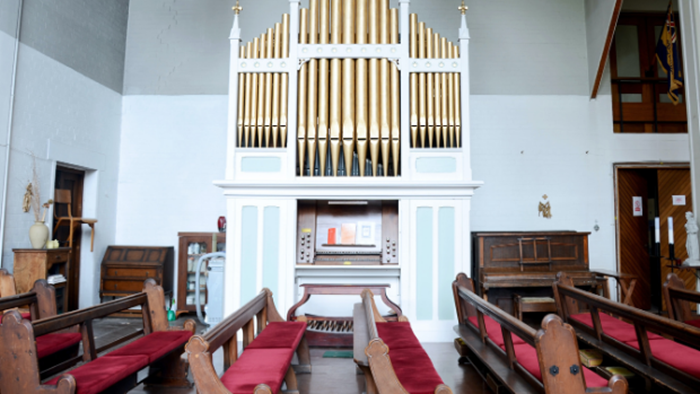 In recent news, Capitol Hill Baptist Church has filed a complaint against the mayor of Washington D.C. Muriel Bowser. The basic message of the complaint centers around “…the right to gather for corporate worship free from threat of governmental sanction.”

For those who may not be familiar, here are some of the applications of Mark Dever’s (and CHBC’s) ecclesiology:

Since mid-March, CHBC has not gathered as a corporate body. Interestingly, because of their close proximity, they have fled the city limits of D.C. and journeyed over into Virginia to hold outdoor services during the summer. Moreover, during the summer they filed an application with the Mayor’s Office seeking a waiver from the ban on large gatherings. When they heard nothing, they filed again.

Finally, earlier this month, they received a response: rejected.

For months, Dever and CHBC tried to go through the proper channels in order to plead their case to be able to gather corporately as a body. Having exhausted their channels, and not wanting to incur civil and administrative penalties, Dever, the leadership, and the church have chosen to take their case to court.

One would imagine that the complaint would be rooted in the First Amendment—the right to assemble. While this is true in part, the primary issue that CHBC has with Mayor Bowser is her inconsistency in upholding the First Amendment.

In other words, the Mayor has been “discriminatory” in the application of large gatherings. The complaint notes,

… on four occasions between June and August 2020, the District’s Metropolitan Police Department closed city streets to accommodate protests and marches of thousands to tens of thousands of people. And only three weeks ago, the mayor coordinated with organizers of the Commitment March on Washington to ‘re-imagine’ the five-hour event on the steps of the Lincoln Memorial for several thousand people in attendance to hear an array of speakers.

Back in July, I wrote an article, “We Can’t Roll the Dice on Religious Liberty,” where I noted that “churches are being treated differently than similar gatherings.” In the Nevada case the similar gatherings were casinos. In CHBC’s case, it is massive protests and rallies.

The issue at hand, particularly with the COVID-19 restrictions and limitations, is inconsistent governing by mayors, governors, and even (in the case of Nevada) the courts. It seems that they have no problem with large gatherings where people can gamble and protest, but they draw the line on people gathering to worship God.

This is the line that we have to draw.

There are some who yell “religious liberty” when rules are consistently applied. I don’t join in that chorus. I do speak up and out when churches are treated differently. And in these situations, that is clearly that case.

Actually, the issue isn’t necessarily with the First Amendment. It’s the inequity city, state, and judicial officials have towards houses of worship. I think for the most part, churches (like CHBC) could at least tolerate not meeting for corporate worship if Mayor Bowser was consistent in applying COVID-19 restrictions.

Churches want to love their neighbor, be peaceful citizens, and seek the well-being of the city and community where they reside—even if it has meant forsaking corporate gatherings for a season. But it is becoming clear—at least in some cases, like the one with CHBC—some authorities have treated churches differently. And if churches and church leaders aren’t willing to call out such inappropriate treatment—even by taking legal measures like CHBC—some may become emboldened by our silence to continue (or even increase) such treatment in the future.

The Constitution and the Authority of King Jesus

The First Amendment records, “Congress shall make no law respecting an establishment of religion, or prohibiting the free exercise thereof; or abridging the freedom of speech, or of the press; or the right of the people peaceably to assemble, and to petition the Government for a redress of grievances.”

When mayors, governors, and even courts, take aspects of this away from Christians, but not gamblers and protestors, then based upon the Constitution of the United States, churches can file a redress of grievances. In other words, we (even as believers) can leverage the privilege and rights of being a citizen by holding governing authorities accountable.

We actually see this very action modeled in scripture, as the greatest missionary in history leveraged his privilege and rights as a citizen of Rome by appealing to Caesar. If Paul leveraged the rights of his earthly citizenship, why can’t the church do the same in America?

We are blessed to live in a free nation that affords many liberties and opportunities. This certainly doesn’t mean America is perfect. Even the aim “to form a more perfect union” means that America still has flaws. As a result of living in a flawed land, there may be times where a free nation becomes too restrictive and inappropriately overreaches its constitutional authority even after a redress of grievances. Thus, if at any point we (believers and churches) are forced to choose between obedience to the state or Jesus—or at any point the state creates laws, mandates, or statutes that contradict the laws of Christ—our duty and obligation is to our King.

Mayor Bowser, when asked why she affirms mass protests while houses of worship remain closed, responded, “First Amendment protests and large gatherings are not the same” because “in the United States of America, people can protest.”

Well, the same amendment (the first) that says, “the right of the people peaceably to assemble” says “prohibiting the free exercise” of religion. Inconsistent application calls for a Christian response.

So, like in Nevada, Christians can (and must) speak out and push back on government overreach. I’m praying with my friend Mark and Capitol Hill as they made a God-honoring stand for religious liberty.