Generation Z is the secret to reviving the church and changing the world.
Greg Stier 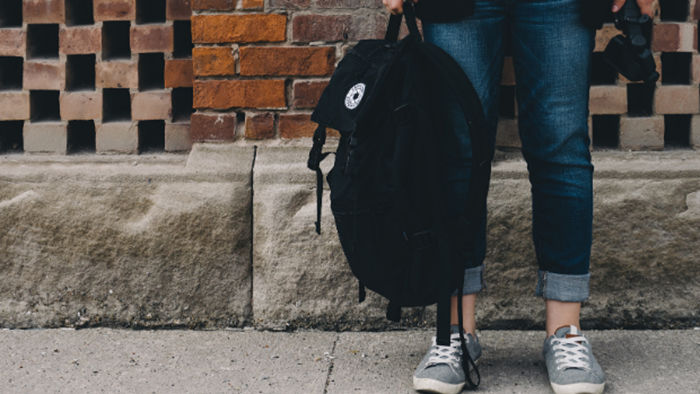 “I am Greta” is a documentary that made its premiere earlier this month at the Venice Film Festival. It chronicles the journey of teen climate activist, Greta Thunberg, and her unwavering commitment to do whatever it takes to save the planet. In 2019, Greta gained attention for her cause by sailing across the Atlantic to appear before the U.N. Conference on Climate Change in New York.

Then there’s Malala Yousafzai who, as a teenager, was shot and almost killed by the Taliban in Pakistan for her courageous commitment to see teen girls in Pakistan have access to free, quality education. She later won the Nobel Peace Prize for her unparalleled activism.

From stopping human trafficking to fighting for racial equity to ending poverty, more and more teenagers are embracing activism as a lifestyle. Hashtags like #BlackLivesMatter, #GunControl #EndItMovement (in reference to human trafficking), #AnimalRescue, #ClimateChange and #EndPoverty flood the social media feeds of many young people. Generation Z is dying to live for a mission that matters and a cause that counts.

Teenagers are idealists, not realists. That’s part of what makes them amazing. A utopian cause to rally around appeals to young hearts and minds in ways that adults are often cynical, hardened to or dismissive towards.

But activism done well can often make a significant difference in people’s point of views. And, more often than not, it’s been the young people who have been the tip of the spear for this brand of culture shifting activism.

So why hasn’t this same philosophy transferred to our churches? Why do so many church leaders view teenagers and youth ministry as a kind of necessary evil? Why are teenagers referred to by so many Christians as “the church of tomorrow” and not “the church of today”?

But there is hope. I’ve invested my life in mobilizing teenagers for the cause of Christ and am full of hope that this can shift. If believers are willing to take three decisive actions, we can mobilize Generation Z to revive the church and to change the world. Here’s how:

Every great spiritual awakening in the history of America has had teenagers on the leading edge. If you read the history of this sweeping spiritual movement that swept through the colonies it becomes clear that it was primarily a youth-led revival. The famous preacher Jonathan Edwards (the same one who preached the terrifyingly compelling sermon “Sinners in the hands of an angry God”), was considered by many to be the chief historian of the 1st Great Awakening. He wrote that this spiritual awakening,

“…has been chiefly amongst the young; and comparatively but few others have been made partakers of it. And indeed it has commonly been so, when God has begun any great work for the revival of his church; he has taken the young people, and has cast off the old and stiff-necked generation.”

Church history is an undeniable testament to the potential of young people who, through Christ, advanced the Gospel in powerful ways. From early Christian martyrs to great reformers to pioneering missionaries, young people have answered the call to live for Christ and his Cause.

In more recent history, The Jesus Movement of the sixties and seventies sparked a renewed focus on worship, evangelism and prayer among young people. This rapidly accelerating movement started in Northern California, but soon spread to Southern California and, eventually, across the United States. Youth ministry, contemporary Christian music and Calvary Chapel churches all erupted out of this movement that was fueled mostly by teenagers and twentysomethings.

Why has God often chosen teenagers to accomplish his divine purposes? Perhaps the answer lies in 1 Corinthians 1:26-29, “Brothers and sisters, think of what you were when you were called. Not many of you were wise by human standards; not many were influential; not many were of noble birth. But God chose the foolish things of the world to shame the wise; God chose the weak things of the world to shame the strong. God chose the lowly things of this world and the despised things—and the things that are not—to nullify the things that are, so that no one may boast before him.”

We must start taking teenagers seriously as a force for spiritual change.

When Jesus told his disciples in Matthew 28:19 to “go and make disciples of all nations” he was giving them, us and every believing teenager the greatest cause of all time. Christians often refer to this passage as “The Great Commission.” But this term has a certain musty odor to it that reeks of yesteryear.

Ask the average Christian teen what they think the term “Great Commission” means and you’ll get mostly blank stares in response. But present this great commission as the greatest cause any human could ever participate in and, suddenly, you have their attention. After all, that’s exactly what it is.

When our teenagers share the Gospel they are entering into an epic struggle with the Devil himself over the lives, souls and eternities of their unreached friends. They are sharing the cure to the pandemic of sin that has infected all of humanity. They are rescuing their classmates, teammates and friends from the hell they are headed to and the hell they are going through apart from Jesus Christ.

No cause is greater or more compelling.

Of course, this doesn’t mean that they have to forsake other good causes. The ripple effect of the Gospel is that it deals with issues of justice, poverty, equality, creation care and so much more.

We can challenge teenagers to stop human trafficking and to stop soul trafficking as well (because the greatest trafficker of all is Satan!) We can tell them to give the hungry both bread and the Bread of Life. We can ask them to give the thirsty water along with The Living Water. We can encourage them to build a home for the homeless on earth and one in heaven as well!

In Luke 19:8 when Zacchaeus heard the Gospel and put his faith in Jesus he said “Look, Lord! Here and now I give half of my possessions to the poor, and if I have cheated anybody out of anything, I will pay back four times the amount.” The salvation of Zacchaeus’ soul resulted in a heart to feed the poor and correct any injustice he had committed. That same Gospel will do the same thing in the hearts of our teenagers.

That’s why we must reframe the Great Commission as the greatest cause.

Teenagers come to Christ quicker and can spread the Gospel faster and farther than adults. Because Generation Z’ers are “digital natives” and have never known a time without technology, they are strategically poised to use their social media channels to advance causes they are passionate about to the countless other teenagers. This means they can use Instagram, Tik Tok and other social media outlets to spread the message of Jesus.

Additionally, teenagers can be inspired, equipped and mobilized to have Gospel conversations with their friends at school, on their sports teams and in their neighborhoods. By sharing the message of Jesus as a relationship and not a religion, Christian teenagers can help their unbelieving peers embrace the love of God for them.

I’ve seen this happen over the last three decades. In 1991, I launched Dare 2 Share, a ministry committed to energizing the Church to mobilize youth. And since then, there have been millions of teenaged Gospel Activists unleashed in powerful ways to reach their peers for Jesus. Teenagers are “activated” through a simple real-time experience, either at an event or through the curriculum. That single step of faith then leads to another, and then another. They quickly become on fire with the message and mission of Jesus. They begin to embrace the Christian faith and the Christian cause as their own.

On October 10, 2020 Dare 2 Share will present another catalytic activation event called Dare 2 Share Live. It is a multi-site nationwide simulcast and outreach event that will mobilize an army of Gospel Activists coast-to-coast. Thousands of teenagers inspired, equipped and deployed to share the Good News of Jesus with their peers, all on ONE DAY. Pray with me that God sparks a student led revival that day. And if you know any youth leaders, challenge them to get their teenagers to join in this simulcast (www.dare2sharelive.org).

Revived teenagers can be used by God to spark revival, not only in their communities, but in their churches as well. 3,000 years ago a teenaged shepherd boy named David killed a giant named Goliath with nothing but a sling and a stone. In so doing, he inspired an army of terrified adult soldiers to catapult out of their foxholes with a shout and chase the Philistines down. In the same way, a generation of teenagers, armed with nothing more than a dependence on God and the Gospel message, can lead the way our churches to be activated for the cause of Christ.

It’s time to mobilize teen Gospel activists to revive the church and change the world!

Join the conversation on Facebook
Tags:
None
Posted:
September 30, 2020