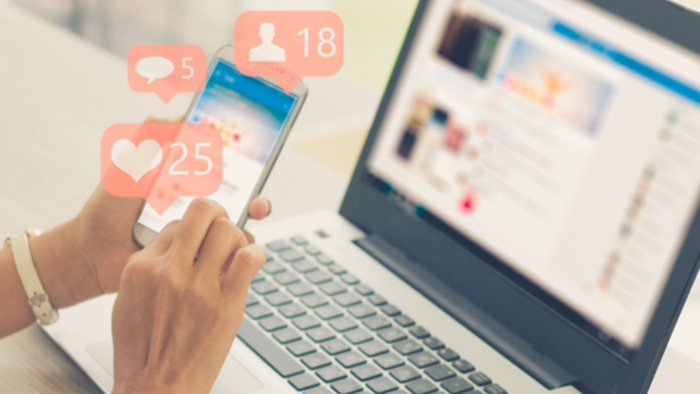 Few articles I’ve written have provoked the response as touching conspiracy theories in 2020. It is an odd mixture of those consumed by fury or derision at my apparent blindness and those derisive of my supposed attempt to generate clickbait.

This is part of the problem I tried to address in my latest article at USAToday on the growing influence of the conspiracy theory known as QAnon in evangelical churches.

In the article, I concluded that “we need pastors, leaders, and everyday Christians to address this conspiracy, and others like it, before others are fooled.” With this in mind, I wanted to address some pushback and offer some steps leaders can take.

The Problem of the Media

By far the most common criticism I get whenever I write about conspiracy theories is that Christians should be suspicious of mainstream media. Many have argued that they are often biased against Christians and conservatives, at times presenting distorted reporting.

I think this is fair criticism—to a point.

As I’ve argued many times, the state of reporting on religion—and particularly reporting on evangelicalism—is poor. Major outlets get obvious facts wrong that betray not only ignorance but laziness in not checking.

I also explained to Terry Mattingly that poor treatment from the mainstream media is, at least in part, to blame for why Christians don’t trust them—they have reasons not to.

It’s not hard to ask a pastor or seminary professor for help, but this is sometimes deemed not important. In the history of journalism, I’d wager that few terms have been as wrongly used as Calvinism. Yet the lesson is never learned.

More distressingly, some outlets seemingly take joy in magnifying outlier behavior as examples of evangelicals while ignoring the majority. This was evident in March, when despite the tens of thousands of churches that led the way on closing fast and focusing on serving their communities, media outlets focused on the few cases of attention seeking pastors. Or, more recently, with the misleading (and since changed) New York Times headline about churches being a major source of outbreaks.

In talking with other church leaders, it is beyond frustrating to serve faithfully only to see the loudest fringe voices receive the spotlight, or to see your community misrepresented. This wears on Christians and cultivates distrust of the media. After all, if they’re getting us wrong, what else are they misrepresenting?

Over time, this has eroded trust and obscured the work of quality religion journalists at just the time we need them most.

Despite these failings, Christians go too far when they dismiss all mainstream journalism.

This is why in USAToday, I was critical of the 46% of self-identified evangelicals and 52% of evangelicals by belief who "strongly believe the mainstream media produces fake news." While it can be tempting for evangelicals to use bias to dismiss criticism, “the fact that news agencies have biases is not synonymous with producing fake news.”

This mistake has only served to isolate us from criticism, whereby we invalidate any news article we find unfavorable.

In reality, there are good journalists in the mainstream media, particularly religion journalists, who strive to understand and report on evangelicalism in all fairness. I might not always agree with them, but I respect their integrity and desire to report honestly.

Instead, our goal should be a maturity to engage reporting with a critical eye rather than to shout bias upon seeing a logo.

We need to develop a track record of accepting hard truths that are well supported rather than if they support our political or cultural narrative. Most importantly, we need to resist our temptations to echo chambers—a temptation that is common to many other subcultures across the globe.

Stepping into our Technology Discipleship Gap

I voiced my frustration in Christians in the Age of Outrage that for how important online technology is to our world, pastors rarely engaged the topic. As a result, our dependence on technology far outpaces its prominence in our discipleship practices. Conspiracy theories like QAnon gaining traction in our churches is merely one more rotten fruit of thisgap in our discipleship.

In my USAToday piece, I attempted to step into this gap by challenging Christians to “address the QAnon’ers in our midst.” Many dismissed the problem as fearmongering while others believed I’d slandered QAnon.

But most Christians are looking for help and frustrated at the silence from their leaders. They’ve struggled with family members, friends, and even church staff or volunteers promoting conspiracies. Unsure how to respond, often it goes unchallenged and relationships slowly dissolve.

Pastors and church leaders need to see this as the discipleship failure it is. Our silence, casual dismissal, or even tacit approval of destructive online behavior is corrosive to the spiritual health of our churches.

So as pastors look to engage, let me offer three initial steps we can take to address the technology habits and relationships of our people.

1) Challenge the church to make Christ Lord of their social media.

Undoubtedly many in your congregation, organization, and family believe this is already true for them. In fact, they have proof!

Their social media profile says Christian and is accompanied by a bible verse. But in reality, the ways we describe ourselves on social media often say far less about our identity than the ways we interact and the people, ideas, and causes we choose to amplify.

Social media profiles can be misleading and even destructive if the heart behind them is not submitted to Christ.

2) Encourage the church to ask God for wisdom.

Never in my lifetime has the need for wisdom been as pressing as it is today. The confusion of the pandemic, the caustic spirit of our politics, and the unresolved pain of our racial history are only a few of the pressing demands we face.

With so much confusion, church leaders need to ask our people where they are looking for answers. I believe that any explanation for rise of conspiracy theories and politicization in the church should begin with these responses. When faced with uncertainty, many Christians have developed concerning habits of turning to cable news or even social media platforms like Facebook or Reddit when trying to make sense of the world.

Into these temptations, Pastors need remind us of the words of James: “If any of you lacks wisdom, let him ask God, who gives generously to all without reproach, and it will be given him.”

While truth is we all lack wisdom, the question remains: where are we turning? If you want to address the conspiracy theories in your church, recognize how their posts reflect a struggle for where to find wisdom and a corresponding set of habits that need to be rooted out.

3) Caution the church to hit pause.

One important lesson I’ve learned in watching Christians on social media is how the platform causes us to diminish the importance of being “quick to listen, slow to speak, slow to anger” (1:19).

It is stunning how Christians can just dismiss this warning from James as insignificant.

Encountering something they find offensive or wrong, many Christians are quick to jump into the fray. In reality, the majority of these instantaneous criticisms are a fraction as clever as we believe and exponentially more cruel, ignorant, and/or prideful. This is why James cautions us to be slow and to listen. A day, a week, a month; the length matters less than genuinely reflecting on why and how you are engaging.

It’s a good lesson to never send an angry email. Save it in your drafts and pray on it for at least 24 hours. My inbox is still filled with dozens of saved emails I wrote in anger but decided not to send.

In some cases, God resolved the situation. In others, He gave me peace despite a lack of resolution. In every instance, I realized that the email would only satisfy my rage.

Pastors should encourage a similar practice. When tempted to engage online in anger, hit pause. This is entirely inconsistent with the spirit of social media but entirely aligned with the Spirit of God.

In all three of these steps, the central need of the church is for its leaders for wisdom on how to live in our digital world. These are the pressing questions of our time and if the pulpit is silent they will go elsewhere.

The challenge for pastors is when will we begin to speak up.

The Exchange Team contributed to this article and updated it since posting.