The People of Praise, Charismatic Catholics, and Fringe Religious Groups

A brief introduction to the charismatic Catholics and People of Praise, in the news now due to Amy Coney Barrett's nomination.
Ed Stetzer 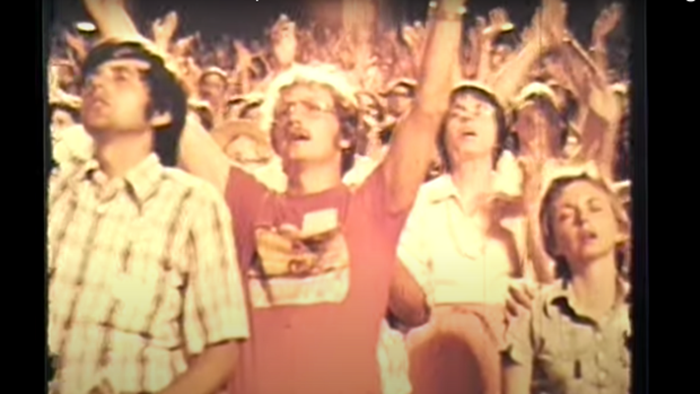 You may never have heard of it before the nomination of Amy Coney Barrett––who is said to be a part of the group––to the Supreme Court.

You will probably hear that they are a far-right fringe group, but they are actually part of the charismatic movement, and a bit of history may help us to understand them better.

The Pentecostal and Charismatic Movements

Charles Parham founded the tiny Bethel Bible School in the heartland of Topeka, Kansas, in 1900. While he invited "all Christians and ministers who were willing to forsake all, sell what they had, give it away, and enter the school for study and prayer," he surely had no idea that 120 years later to the month of its founding, the Pentecostal / charismatic / spirit-filled movement would have 600 million adherents and be arguably the strongest global expression of Christianity across the twentieth century.

Growing out of the larger eighteenth-century holiness tradition, that obscure beginning––including a watch night service December 31, 1900, where Agnes Ozman reportedly began speaking in Chinese–– was soon followed by manifestations in Houston, Texas, and the more publicized Azusa Street Revival in southern California. William Seymour and Azusa rightly are seen as the key gathering point and accelerator of the movement.

Soon, the movement spread across the nation and overseas. Denominations were formed (or reformed) over the decades: Church of God, Assemblies of God, Apostolic Faith, Church of God of Prophecy, and the International Church of the Foursquare Gospel. (Interestingly, the Church of God Cleveland predates Azusa and would later become a more traditional Pentecostal denomination.)

And, as will become important later, these Pentecostals were also evangelicals. In 1943, American Pentecostal churches were accepted as members of the National Association of Evangelicals.

In the mid-twentieth century a new movement arose called the charismatic movement. In this movement, such Pentecostal practices as speaking in tongues and the baptism of the Holy Spirit spread into mainline and other established but not-previously Pentecostal traditions.

I wrote a series explaining the rise of the charismatic movement, explaining:

In some ways, Jesus People flowed from the Pentecostal / charismatic movement, and both movements spilled over into an unlikely tradition: Catholicism.

While pastor Chuck Smith was seeing thousands baptized in the Pacific Ocean in the explosive growth of Calvary Chapel, a more modest beginning of the Catholic charismatic movement was happening back east.

An article in Time in 1971 on the Jesus People Movement distinguished three main streams of the youth revival: the Jesus People, who linked the counter-culture to conservative Christianity, the Straight People, composed of more traditional, interdenominational groups such as Campus Crusade for Christ and Inter-Varsity Christian Fellowship, and what they called the Catholic Pentecostals.[1]

One of the early chroniclers of the Jesus People Movement named the movement of Catholic Pentecostalism as "one of the strongest manifestations of the Jesus movement."[2]

The People of Praise emerged from this milieu.

The People of Praise

My family recently visited Pittsburgh and we drove by Duquesne University. Because I am, well, a church history nerd, I made the family stop and take this picture. It was here that the charismatic Catholic movement was born.

In 1967, the "Duquesne Weekend" came following a time of prayer at the Pittsburgh university. A group met for a three-day retreat, influenced by the Book of Acts and David Wilkerson's The Cross and the Switchblade. Several of the 25 in attendance reported that they experienced a powerful sense of God's presence. David Mangan, one of those attending, recalled, "I was completely overcome by the power of God."

That weekend spread to other students at Duquesne and, like much of the Jesus People Movement of which it was considered a part, it spread around the world.

Two young theology professors, William Storey and Ralph Kiefer, were involved in the early days of Duquesne. They had studied at Notre Dame and visited their alma mater soon after the Duquesne Weekend. The movement quickly spread to Notre Dame, and from there across the land to schools from the University of Michigan to Franciscan University in Ohio.

The People of Praise Begins

In 1971, 29 people in South Bend, Indiana, where Notre Dame is located, formed what they called the People of Praise.

On the organization’s website, the People of Praise state:

The People of Praise was very much involved in the growth of charismatic renewal in the Catholic Church. There, this renewal has touched millions, including more than 30 percent of U.S. Catholics, according to a recent survey by the Pew Forum on Religion and Public Life.

The website adds that the People of Praise "pray for a continued outpouring of the Holy Spirit in our time, so that all men and women might come to know, love and serve Jesus."

So, the People of Praise was birthed as a charismatic Catholic organization that's predominantly made up of Catholics and was birthed out of the Catholic charismatic movement at Duquesne University, Notre Dame, and at other places in the seventies. It's a faith-based community of people who work together, doing ministry in schools, among the poor, and are a tight knit, spiritual community.

Today, People of Praise functions more as a trans-denominational parachurch ministry seeking unity in the body of Christ:

We are Roman Catholics, Lutherans, Episcopalians, Methodists, Pentecostals, Presbyterians and other denominational and nondenominational Christians. Despite our differences, we are bound together by our Christian baptism. Despite our differences, we worship together. While remaining faithful members of our own churches, we have found a way to live our daily lives together.

It is worth noting that the movement of the 1970s is not the same as it is today. For example, the People of Praise (mostly charismatic Catholics) did move away from most of the movement. Pentecostals are still in traditional Pentecostal denominations like the Assemblies of God. Charismatics tended to leave mainline denominations and move toward independent charismatic churches. Finally, what are often called “third wave churches” (see my earlier series) became mainstreamed into non-denominational contemporary churches and in some denominations.

As the People of Praise website rightly points out, they were much more connected in 1977 when there was great enthusiasm in what most groups saw as a spirit-filled outpouring:

In 1977, the People of Praise ran a conference in Kansas City's Arrowhead Stadium attended by 45,000 people, perhaps the largest grass-roots ecumenical gathering since the Reformation, and the first occasion when classical Pentecostals, mainline Protestant neo-Pentecostals and Catholic Pentecostals (known as the “three streams” of Pentecostalism) had gathered en masse.

You can actually watch parts of that meeting here. The first few minutes give a feel for the meeting (and the ecumenical nature of the gathering). It is worth remembering that People of Praise was behind this gathering. Kevin Ranaghan, who was one of the founders of People of Praise, is the opening speaker on the video.

The People of Praise was much more influential in the 1970s, and was (in some ways) at the center of the nexus between the Jesus People Movement, the charismatic movement (mainline denominations, primarily), and the Catholic spirit-filled movement.

Over time, the charismatic Catholic movement declined in the United States and gave way as the rest of the movement became more evangelical (and less mainline), and Catholics were less charismatic in the decades that followed.

People of Praise Is Not a Fringe Group

Charismatic Catholics are, by definition, not evangelicals. (Evangelicalism is a movement within Protestantism.) However, they often are conversionary—calling on people to be, for example, born again.

The People of Praise site refers to evangelism, but it is not clear how they are using that term. (Catholics and Protestants do not always use the terms the same way.)

Of course, in limited space, I’m not trying to address every issue related to Amy Coney Barrett and People of Praise.

For example, I do not mention the reference to men as head of the home. This is standard language in many Christian traditions and is taken from the writing of the New Testament. I understand that it will offend some people, but Roman Catholics don’t ordain women as priests and such views should not be surprising to people familiar with religious terminology.

There has certainly been some focus on the practices of spiritual direction. This is a common practice in Catholic traditions (and in some evangelical traditions). In such settings, a spiritual director will often be engaged for advice and, yes, direction on certain issues. This has, indeed, been abused. The Shepherding Movement would be the extreme of such a movement (and Bob Mumford, a Shepherding Movement leader, was a speaker at the 1977 meeting mentioned earlier), but spiritual direction has a long and robust tradition in the Catholic Church.

Regardless of their differences and distinctions, charismatic Catholics are not a fringe cult. They have been around in their current form since the late seventies, and have had a significant impact around the world.

While many may not appreciate their practices or theology, trying to make them out as a fringe group means you’ll need to do the same with nuns, Pentecostals, and lots of other groups. The tongues-speaking, baptized in the Holy Spirit, Archbishop of Canterbury should make it clear that the charismatic movement is part of the mainstream today.

[1] Richard Ostling, Mayo Hohs, and Margaret Boeth, "The New Rebel Cry: Jesus Is Coming!" Time, 21 June 1971, 59, 62. The largest group according to this categorization was the straights.

The People of Praise, Charismatic Catholics, and Fringe Religious Groups

The People of Praise, Charismatic Catholics, and ...