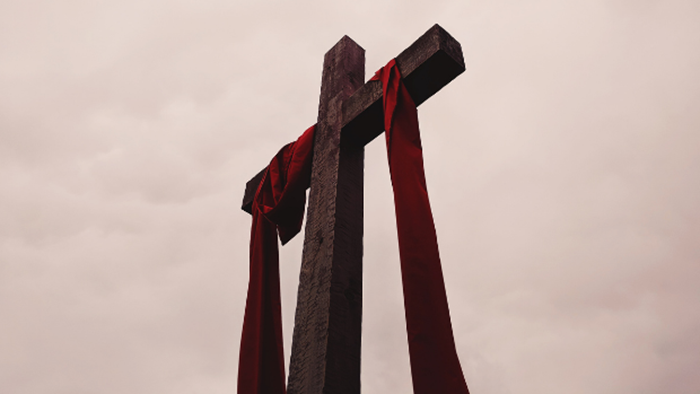 I’m glad to welcome N.T. Wright to The Exchange. It was just about a year ago that we cancelled a live event planned with him at the Wheaton College Billy Graham Center. Now, we are in our second Easter during the pandemic, the world has been changed, and Europe’s Covid numbers are trending in the wrong direction. So, in light of the pandemic, what sort of hope does Easter actually bring us? As we look toward a post-pandemic world, what does this mean for us now— and after the pandemic?

Professor Wright is one of a number of high-profile contributors who will feature in Season 3 of The Big Conversation, a series of video debates asking big questions about purpose, meaning, and science. Episode 1 on “Christianity or Atheism?” is available at https://www.thebigconversation.show/

I knew from an early age there was something wrong. I listened to Easter sermons from good evangelical preachers, and they seemed to be missing the point. I suspect the same problem is getting in the way now, as we try to draw from the Easter message the hope that the post-pandemic world will need so badly.

The sermons I heard tended to stress two points. First, belief in Jesus’ resurrection could be supported by personal testimony: “You ask me how I know he lives? He lives within my heart!” Second, Jesus’ resurrection proved (we were told) that there really is “life after death.”

Nothing wrong with these at one level. Personal experience of the presence and power of the living Jesus is a vital part of genuine Christian living. And, of course, God the creator hasn’t made us in his image just to tease us with this present tantalizing life. We are made for more.

But “he lives within my heart” is the truth of Pentecost, not of Easter Day.

Easter is about something that happened, launching a new world, prior to any transforming effects on believers. You can’t explain the rise of Christianity historically unless you say that Jesus’ tomb really was empty and that his followers really did meet him alive again. The stories are strange; they are not what people might have made up from what they believed ahead of time. Thus, for instance, the risen Jesus, though identified by the mark of the nails and the spear, seemed somehow different. He was not instantly recognized. Paul grasps the point: what has happened at Easter is the launch of new creation. Jesus’ resurrection body was the first example of a new order of being: a heaven-and-earth reality. That’s what the old prophets had promised; that’s what the New Testament reaffirms.

The point of new creation, after all, isn’t about ‘life after death’ in the normal sense. We are promised that when God creates the final new heavens and new earth all his people will be raised from the dead to share in it (after an interim period, about which the first Christians weren’t particularly interested). But the new creation launched at Easter was about the present this-worldly reality.

So here’s the difference.

If you promise the post-pandemic world a ‘spiritual’ experience of Jesus here and now, or a heavenly life after death, most people will shrug their shoulders. That’s not going to help rebuild the economy. It won’t provide jobs for the millions now out of work. It will be cold comfort for those who have lost loved ones. We would be at the same place as Martha when Jesus challenged her about the resurrection (John 11:23-25): Yes, she says, I know my brother will rise at the last day. Jesus’ response is what we need to hear right now: “I am the resurrection and the life!” Resurrection isn’t just a long-distance, far-off hope. (Nor is it about “going to heaven”!) It is a person. And it – he – has come forward from God’s ultimate future to burst into the present with new life and new hope. That was, and is, the message the world needs.

Ever since the eighteenth century, the Western world has done its best to squash the rumour of Jesus’ resurrection. That’s hardly surprising. The gospel stories are about the climax of world history and the birth of God’s new creation. But the so-called Enlightenment believed that history reached its climax, not with Jesus, but with the European and American culture of the time, and that its own science, philosophy and democracy had produced the real new world. There cannot, after all, be two climaxes to history.

The church, tragically, has gone along for the ride. We decided to leave the practical work of new creation to the “secular” authorities and content ourselves with – guess what – cultivating personal experience and other-worldly hope. As Nietzsche saw, the church has offered a form of Platonism with someone called “Jesus” loosely attached. That’s a comfortable place to be. No secular empires are challenged in the making of that movie.

But the church is supposed to be offering comfort to others, not seeking it for itself. The post-pandemic world needs the real Easter message: the message of a new creation which began when Jesus was raised from the dead. A new heaven-and-earth reality, energized by God’s powerful new breath surging through Jesus’ followers, turning them (to their own surprise, and in some cases alarm) into a multi-cultural, outward-facing community, determined to be the good news the world so obviously needed. Paul’s great vision in Ephesians was of God summing up everything in heaven and earth in the Messiah (1:10), a reality anticipated in the coming together of Jew and Gentile into a single family (2:11-22), sending a signal to the powers of the world that God is God and Jesus is Lord (3:1-13). When Paul said that we are “created in the Messiah for good works”, he didn’t mean “so that we could behave ourselves properly”, though that’s obviously implied too. “Good works” in Paul’s world meant people making a positive difference in their wider communities. The church has no business outsourcing its heaven-on-earth mission of hope to secular agencies. We should be upstaging them.

Fortunately, this is already happening all over the place. The Holy Spirit is often way ahead of the church’s teaching and preaching. In my country, Christian groups have led the way in initiatives like food banks. The use of Cathedrals as vaccination centres (not, of course, as an alternative to worship, but as its natural outflow) has sent a powerful signal: the church is there for the healing of the community. Again and again the church in practice has been what St Paul said it should be: people of prayer and hope at the places where the world is in pain.

But this cheerful, outward-facing life is easily blown off course, or diverted into the wrong channels. To avoid that, the real resurrection message needs to be grasped, preached and lived. The world changed when Jesus of Nazareth came out of the tomb on Easter morning. It takes precisely the same faith to believe that truth as it takes to roll up your sleeves and go to where help is most needed – from the soup kitchen in the below-the-tracks parish, all the way to the World Economic Forum.

NT Wright is the former Bishop of Durham and senior research fellow at Wycliffe Hall at the University of Oxford. Join him online for Unbelievable? the Conference on May 15, 2021.