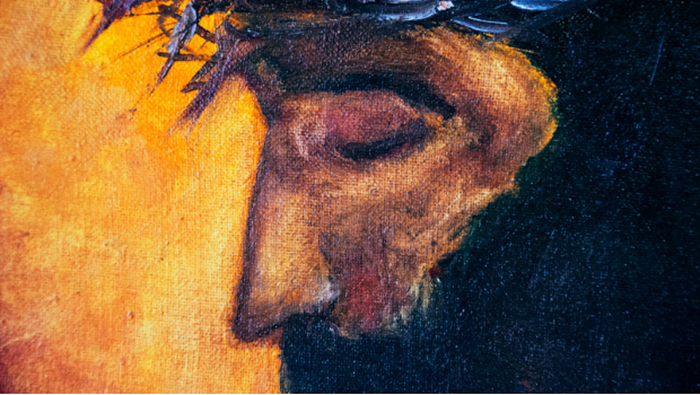 Image: Canva
Earlier this month, Christianity Today published an article from A. J. Swoboda and Nijay Gupta entitled, “Jesus Was the God-Man, Not the God-Superman.” (Note: Swoboda has a new book on doubt.) The article was widely debated and received significant pushback. As I read the twitter responses, some measured and some not, I thought it would be helpful to invite a charitable response that looked at the scriptural texts involved. So, I’ve invited Brandon Smith from Cedarville and Madison Pierce from TEDS to respond to that article.

In a recent article, A. J. Swodoba and Nijay K. Gupta argue that one (consistent) aspect of Jesus’s human experience was doubt. We are grateful for Ed Stetzer’s invitation to respond, and we want to honor Drs. Swoboda’s and Gupta’s concern for those who doubt. We deeply appreciate their pastoral posture.

We feel, however, that our brothers have come to the wrong conclusion(s) on these tough questions about Jesus’s humanity. Rather than cast aspersions or quibble with definitions, we hope to offer below an alternate perspective on some of the passages Drs. Swodoba and Gupta cited. First, however, we want to acknowledge a basic Christological foundation that might help us along the way.

(Note: space limits our response here, so we recommend listening to our longer conversation about Jesus’s humanity on a recent episode of the Church Grammar podcast, recorded before their article released.)

A Word about the Incarnation

The eternal Son of God—that person—put on flesh and dwelt among us (e.g., Matt. 1; John 1:14; Phil. 2:6–11). This has led theologians for centuries to talk about his impeccability—the idea that, because he is fully God, he is incapable of sinning. Since this is a basic affirmation of the unchanging perfection and holiness of God, this must always be true of the Son, even in the Incarnation. To be less than God is to not be God at all. So his divinity must inform whatever we say about his humanity—including temptation and doubt.

Certain texts seem to press against this basic biblical-theological-historical foundation. In what follows, we would like to offer an alternative reading of these texts in the spirit of charitable dialogue.

Though often lauded for its presentation of the exalted Christ, Hebrews offers some classic texts on the Incarnation. Jesus “shares” in the humanity of his siblings (2:14). Christ’s human experience goes beyond physical solidarity—his sharing “blood and flesh” (2:14)—to his emotional solidarity. He was “tempted in every way that we are, yet without sin,” and as a result, he can “empathize” (4:15). Yet Hebrews offers no clarity on what this experience looks like. Is this a comment on his full experience of humanity—birth to death? Or is Hebrews saying that Jesus had every experience that every person has had?

No. Jesus was finite and socially-constrained in his humanity. That doesn’t diminish the fact that Jesus is God with us in our suffering, but we cannot assume that taking on flesh requires the assumption of every aspect of humanity’s fallen heart, mind, or will.

Here Jesus shows the first clear stages of his intentional recapitulation of the human story by reliving and redeeming Adam and Eve’s temptation and Israel’s wilderness temptations. After his baptism, he is “led” (even “driven”) by the Spirit into the wilderness to be tempted, showing the intentionality with which he prepares for and even seeks out this encounter.

In fact, as Satan peppers him with diversions, Jesus’s resolve appears to completely outmatch Satan. This man is not like those doubting humans he’s known—he is the God-man, the very Son of God. In fact, his demons acknowledge and tremble at his power and authority over them in several places (cf. Matt. 8:29; cf. Mark 1:24, 5:7). Satan’s query—“if you are the Son of God”—has no effect on Jesus, especially on the heels of the Father’s affirmation of his sonship at his baptism.

After his last meal with his disciples, including the one who betrays him, Jesus doesn’t pick up a little sword; he goes out to pray. There we overhear him say, “Take this cup from me. Yet not what I will, but what you will” (Mark 14:36). Is this doubt? Does he think that God is unable to raise him or even that he will not? No. Jesus is not asking to avoid the Cross; he is asking the Father to remove the cup of wrath from him once he “drinks.”

Perhaps merely asking the question implies doubt, but throughout his life, Jesus expresses certainty about the resurrection (Matt. 12:39–40, 16:21; John 2:20–22, 11:25–26), and even says that he has the “authority to lay [his life] down and authority to take it up” (10:18). Soon after this prayer, he tells the crowd that his betrayal must come to pass, since it would fulfill the Scriptures (Matt. 26:55–56). He prays something that he expects—just as we pray for God to be present with us or to forgive us our sins—but in speaking this prayer, he models submission to the will of the Father in his humanity.

“My God, my God, why have you forsaken me?” These words quoted from Psalm 22:1 are jarring. Did Jesus believe that his Father really abandoned him, even for a moment? Moreover, could God ever abandon… God?

In Psalm 22, the psalmist cries out to God in anguish. But the story doesn’t end there. Later he says, “He did not hide his face from [the afflicted] but listened when he cried to him for help” (22:24). Jesus—and Mark and Matthew—surely knew the entire context of this Psalm. Jesus identifies with the afflicted servant who cries out and knows he will be heard. His cry is not a last-ditch hope of a doubting sufferer, but rather a cry driven by faith—even assuredness—that he would be answered. He knew his Father’s ear was turned toward him, as it always has been. Faced with the sure substitution for the sins of the world, Jesus experienced true pain and anguish, but the text and context give us no reason to assume his cry was one of doubt.

Defining “doubt“ would demand more space than we have here. But we think it is helpful to say that, generally, Jesus’s life and ministry was not marked by doubt. Instead, it was marked by perfect obedience and steady confidence in his identity and vocation. As we have sought to demonstrate, emphasizing these things is more faithful to the tough texts above. Doubt is not proper to humanity, and certainly not necessary in God’s mission to redeem humanity. The doubt brought about by Satan's temptation of our first parents blossomed into sin and death, but Christ’s full faithfulness secured our redemption. Our comfort in times of doubt rests on this truth.

We affirm Jesus’s full humanity, as well as the weaknesses and frailty that came with it. But we must remember: he is true God and true man. What does it mean to be God? To be sinless, to be fully faithful and authoritative, to radiate with unapproachable glory. What does it mean to be truly human as God created and intended? To be sinless, to be fully obedient, to glorify God unfailingly and without hesitation. God himself came to us because no other human in history could remain sinless. The God-man Jesus Christ is the walking, talking imago Dei, and we are transformed into his image (2 Cor. 3:18).

Brandon D. Smith (PhD, Ridley College, Melbourne) is Assistant Professor of Theology and New Testament at Cedarville University, a director for the Center for Baptist Renewal, and host of the Church Grammar podcast.

Join the conversation on Facebook
Tags:
None
Posted:
April 9, 2021