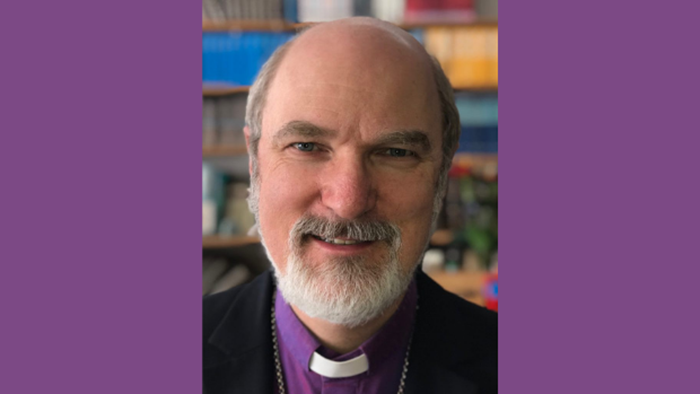 Someone in the line of the Huguenots—the French Protestants who had to flee from persecution in the 16th and 17th centuries—has shown up to remind us what today’s priorities for Christian witness should be.

I refer to Thomas Schirrmacher, who became Secretary General of the World Evangelical Alliance (WEA) on March 1. His family lineage dates back to the Huguenots.

Symbolically, Schirrmacher’s inauguration ceremony took place just down the road from Wittenberg, where five centuries ago Martin Luther pried open the controls exerted by the Catholic Church and triggered the Protestant Reformation, from which today’s evangelicals are descendants. Now Schirrmacher, a German like Luther and a theologian, is leading this worldwide community of evangelicals.

Raised in a home of university professors, Thomas grew up meeting Evangelical leaders who visited his home. He went on to study theology and cultural anthropology, accumulating multiple earned Ph.D. degrees and honorary doctorates and publishing prolifically.

Schirrmacher is not just a theologian and author; he is also experienced as a diplomat. He knows politics as well as he knows theology. He has met with many prominent Muslim leaders in the world and has built respectful relationships with the full range of Christian denominations and movements.

I came to appreciate Schirrmacher’s style 16 months ago, when I joined him to spend a day with leaders of Nahdlatul Ulama, an Indonesian-based Islamic movement that seeks to foster respect and understanding between Muslims and non-Muslims. As intense and articulate as he is, his framing of our conversation that day was first built around friendship and understanding. His grasp of cultural differences, even slight variations and nuances, started the day’s meetings off in a warm and gracious fashion even as we pressed each other on some difficult issues.

Why Global Leadership Matters to Evangelicals

This is the first time in its history that the World Evangelical Alliance has been led by a theologian. Many other esteemed theologians, such as John Stott and J. I. Packer, have made important contributions to the WEA, but none have felt called to devote so much of their lives to the organization as Schirrmacher has.

Schirrmacher has become Secretary General at a strategic time. The WEA’s governing body, the International Council, has adopted a plan called “Roadmap 2030” with four priorities for the coming decade: developing vibrant and effective national evangelical alliances; advocating strongly for those who are suffering; coordinating and affirming the many networks, denominations and missions that make up the global evangelical landscape; and nurturing strong and effective ministries in governance and leadership.

Today, the WEA has become a natural center for evangelicals—globally, regionally and nationally. It needs a great Christian mind at this crucial time to lead the largest network of evangelicals worldwide in fostering unity, preserving core Evangelical theology, speaking on behalf of its many communities, and strengthening the evangelical community in discipleship and witnessing for Christ.

He is uniquely qualified to guide the WEA as the evangelical community faces these challenges brought about by a changing religious landscape and an acceleration of this global movement.

First, the center of the global church is moving from established Catholic and Protestant structures to a Spirit-led horizon of Bible-centered movements. Historically, no religious community has experienced such amazing growth as evangelicals in the past six decades, from 90 million in 1960 to over 600 million today and still growing. In many places, including the global south, evangelical movements are experiencing growth that is not happening in the West. But they are also young and lacking guidance from a long theological or organizational tradition. The WEA has years of experience to assist church leaders in their ministry.

Second, this growth has opened up enormous opportunities for evangelicals to influence the world. But because of our decentralized nature, evangelicals have no center like the Vatican. We need a Spirit-guided way to come together in unity, communicate our identity, encourage fellowship, champion biblical theology, and catalyze effective, collaborative action. The WEA is the organization best positioned to help us find common ground.

Third, this past year was one of the bloodiest yet for Christian believers. On an average day, 8 Christians are killed, 23 are raped or sexually harassed, and 10 are unjustly arrested or imprisoned because of their faith. During 2020, there were more than 9,000 attacks on Christian churches in 51 countries, according to Open Doors. And Christians are not the only victims of persecution. In western China, hundreds of thousands of Muslims are held in gulag camps, and we have no idea how many have died. The WEA has built a strong presence at the United Nations in Geneva, the primary place in the world where human rights issues are addressed head-on.

Where countries are violating religious liberties, the WEA team carefully builds credibility by getting their facts straight and constructing persuasive arguments. The WEA is leveraging the critical mass of our global evangelical community to stand up effectively for Christians and others who face persecution because of their faith.

Although COVID-19 has seized much of our attention in the past year, other pressing issues also defy our ability to manage them alone: religious nationalism rearing its head in parts of the Western world and in Asia, religious persecution that violates our accepted norms of human rights, horrible instances of racial exclusion, and much more. Jesus’ call for unity wasn’t just a biblical idea about being nice to each other; it also called for practical outworkings that transform our ways of thinking and living. The WEA is doing many of these things in ways that no other entity can do.

Thomas Schirrmacher in becoming the WEA Secretary General is not only strategic in his planning and enthusiastic in executing those plans, but he has surrounded himself with able and experienced people who believe deeply in fostering unity and working towards spiritual well-being in the church globally.

Brian C. Stiller is global ambassador of the World Evangelical Alliance, the largest network of evangelicals worldwide. Prior to this appointment he served as president of Tyndale University (Toronto).