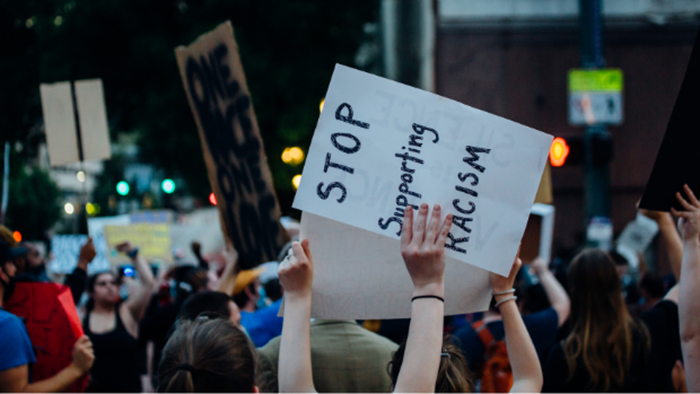 Fewer Americans believe our nation has made significant progress in race relations, and a majority say things grew worse under Donald Trump’s presidency.

A new study from Nashville-based Lifeway Research conducted prior to the 2020 election finds U.S. adults are less likely now than in 2014 to agree with the statement “We have come so far on racial relations.” Today, 46% say we have made worthwhile progress—28 points fewer than in 2014 when 74% said the same.

“With a change in methodology from telephone in 2014 to online, we cannot say definitively if this decreased optimism is an actual change in sentiment or increased forthrightness,” said Scott McConnell executive director of Lifeway Research. “Regardless, optimism on race relations is lower than we previously thought.”

Religiously unaffiliated Americans are the religious group least likely to agree with the statement (38%). Among Christians, those who attend at least monthly (57%) are more likely than those who attend less frequently (39%) to believe the nation has come a long way on race relations. Americans with evangelical beliefs are more likely to agree (58%) than those without such beliefs (43%).

When thinking about how to improve race relations, most Americans (57%) say religious leaders play a positive role. Around a quarter (24%) disagree, and 18% aren’t sure.

Among Christians, the more often they attend church services, the more likely they are to believe religious leaders play a positive role in race relations.

“Those who are around church the most see religious leaders’ contributions to race relations,” said McConnell. “However, there appears to be a need for both more positive contributions and for such stories to be shared, as more than a quarter of the non-religious and young adults don’t see it.”

Americans are divided over whether U.S. churches are too segregated. More than 2 in 5 (42%) believe that to be true, while 36% disagree and 22% aren’t sure.

Slightly more than a third of Protestants (37%) believe churches are too segregated, the lowest among religious groups. The religiously unaffiliated (48%), other religions (47%) and Catholics (45%) are all more likely to say congregations are too racially segregated.

A previous Lifeway Research study found evidence churches are becoming more diverse, though most are still mostly one ethnic group. In 2017, 81% of Protestant pastors said their church was predominantly one racial group, down from 86% in 2013.

A long way to go?

In the latest Lifeway Research survey, most Americans (58%) say race relations in the country grew more strained since the election of Trump as president, while 18% say things have stayed the same and 11% say relations have improved.

African Americans (72%) are most likely to say race relations grew more strained under President Trump, but majorities of Hispanics (61%) and whites (54%) also agree.

Currently, 71% of Americans agree with the statement: “We’ve got so far to go on racial relations,” while 21% disagree. The portion of those who believe we have much farther to go is down from 81% in 2014. Among African Americans, however, 81% still agree that the U.S. has a long way to go.

For 7 in 10 Americans (69%), racial diversity is good for the country. Around a quarter (23%) disagree. This is down from 2014 when 82% of Americans said they believed our nation’s racial diversity was beneficial. The percentage of white Americans who see diversity as good fell almost 20 points (85% in 2014 to 66% today).

Among those that identify as Christian, those who attend church less than once a month are the least likely to see racial diversity as good for the U.S. (63%).

“This seems to be an area where pastors are influencing those who are in the pews,” said McConnell. “In the 2017 Lifeway Research study, 93% of Protestant pastors said every church should strive to achieve racial diversity. Those that attend more frequently are more likely to see diversity as a benefit to our country.”

For more information, download the complete report or visit LifewayResearch.com.

The sample includes an over-sample of Americans with Evangelical Beliefs providing additional reliability for breakouts of this group. Totals for all Americans reduce these responses to their correct proportion through weighting. The completed sample is 1,200 surveys. The sample provides 95% confidence that the sampling error from the panel does not exceed plus or minus 3.2%. This margin of error accounts for the effect of weighting. Margins of error are higher in sub-groups. Comparisons are made to a Lifeway Research Sept. 19-28, 2014 phone surveys (random digit dial) of 1,000 Americans.