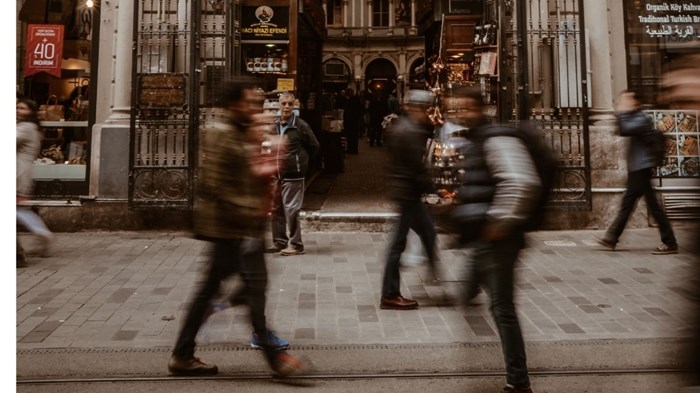 Image: By Ekrulila from Pexels via Canva

In his book, Movements that Change the World, Steve Addison notes five characteristics of a movement. They are white hot faith, commitment to a cause, contagious relationships, rapid mobilization, and adaptive methods. It definitely seems by reading the book of Acts, these five characteristics were present in the early church movement.

As Christianity continued to spread throughout the empire it increasingly became an exponential movement (see Rodney Stark’s, The Rise of Christianity) to the point the Roman Empire adopted it as its official religion. It really is remarkable that in three centuries Christianity went from a fringe movement to being the central religion of an empire.

Many scholars and historians have studied the movement of the church over the last 1700 years. While there have been pockets of movements throughout history as well as in different parts of the globe, it seems contemporary Christianity in the West finds herself struggling to be a formidable movement. At least in the West, Christianity has been, and continues to be, pushed to the margins of society and culture.

However, even in the margins of society, God can ignite movements on the fringes that impact the center of culture. The reality is, we are in desperate need of God doing that again. While we may be more aware of characteristics of movements, I want to share four ways to kill a movement, which I believe are reasons why Christianity struggles to see gospel movements in the West.

The church—whether big “C” or small “c”—has institutional qualities. When a church embraces a [flexible] ecclesiology, which includes leadership offices (certain roles and responsibilities) along with expectations for how believers live, they have assumed institutional characteristics.

What I’ve seen in many Western churches and denominations is how the movement, for whatever reason (either by intention or default) is seen to serve the institution rather than the institution serve the movement. As a missiologist, I would stand with those who have articulated that the church doesn’t have a mission, but that the mission has a church. As such, the church was birthed to service the movement of the gospel rather than micromanaging the gospel’s movement through rugged institutionalism.

In short, over-institutionalizing a movement eventually leads to the overwhelming feeling of maintaining an institution.

There are a few of ways this can play out, but it always involves elevation.

First, the movement can elevate a leader. There’s no doubt God uses leaders, but the moment a movement props up a leader as essential to the movement is when a movement dies.

Third, the movement can elevate the results. The minute a movement begins to be enamored with the results and not the God of the results, is when it disconnects itself from the source of movement.

Idolization, in short, leads to fossilization.

One of the ways to kill a healthy organism is to poison it. The church is an organism with institutional qualities that services the movement of the gospel. To do this effectively, the church (or local churches) will need to remain healthy.

According to the New Testament, there are a couple of things that can contaminate churches that restrict the movement of the gospel.

First, disunity derails mission. A fractured church—big “C” or small “C—is a frail church. A frail church focuses more on their frailty than they do their vitality. As a result, they focus on managing their aches and pains rather than focusing on advancing the gospel to meet the aches and pains of humanity.

Second, bad theology corrupts good mission. Good theology begins with the glory of God and should then lead a church to be Christ-centered (or gospel/Word-centered), Spirit-empowered (or Spirit-dependent), family-oriented (or community-oriented), and mission-driven. For example, William Carey encountered bad theology when a church leader responded to him, “Young man, sit down! You are an enthusiast. When God pleases to convert the heathen, he’ll do it without consulting you or me.”

For a movement to start and be sustained, it will need to have a unity of vision and values between its members as well as a cultivation of good sound biblical theology that fuels its mission. But fractured unity and fast-food theologizing is sure to contaminate any movement.

One of the characteristics of churches in the West over the last few decades is adopting and implementing various models of ministry and mission that have worked in one locale into one’s own context.

It has been interesting to say the least to read the various titles of books over the last two decades that spell out the various kinds (or models) of churches that have had some success.

While there are principles we can learn from movements, we must not humanize the movement of God as something that you can bottle up and sell to other contexts. In other words, a movement of God isn’t something that can be marketed or sold. It is what it is—a move of the Spirit of God on the people of God in a certain time and space.

Simon the Sorcerer (Acts 8:1–25) was someone who wanted to buy the power of the Spirit. Simon had offered money to the apostles and said, “Give me also this ability so that everyone on whom I lay my hands may receive the Holy Spirit” (Acts 8:19).

The minute you think you can explain the move of God is the minute you have killed the mood of God. God doesn’t want to share his glory with any other person or thing. Therefore to humanize or monetize a movement is to deprive it of the Spirit’s oxygen that actually gives it life.

In closing, our world is in desperate need of movements of the gospel. I truly believe the church is the vehicle by which God advances the good news of King Jesus. Like many, I’m praying for gospel movements in our communities, cities, states, and nations. So, when we do see God move, whether they be micro or macro movements of the gospel, let us be vigilant to avoid acting or responding in ways that are detrimental to the move of God.

Join the conversation on Facebook
Tags:
None
Posted:
February 24, 2021