Leadership Lessons from a Pandemic: The Moment We're In and the Mission We're On

The second installment of Ed's series on wisdom gleaned from COVID-19.
Ed Stetzer 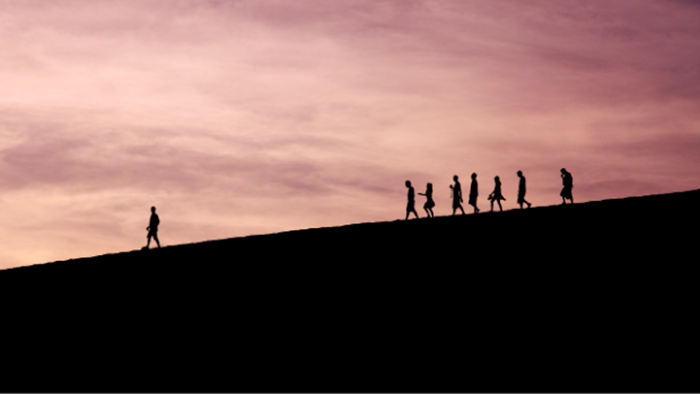 Image: Jehyun Sung/Unsplash
The first reported cases of the novel coronavirus came on January 21, 2020. Almost exactly one year later, on January 19, the United States recorded a total of 400,000 deaths from Covid-19. We can see light at the end of the tunnel of this once-in-a-century global pandemic, but we are not there yet. This is part 2 in a 3-Part series of articles on leadership lessons gleaned from the ongoing pandemic. Part 1 is here.

In Part 1 we looked at the different categories of people in terms of their views of the pandemic and how to communicate with them. In this article I want to focus on the lesson of leading your church in a given moment to stay focused on the mission to our world, rather than turning more inward.

For over 15 years we’ve seen books and blogs call the church to be missional in their communities. Last March, the pandemic accomplished in three weeks what none of these resources could: propel the church out of buildings and into the mission field.

In the first century persecution thrust the early church across the Roman Empire to share Christ (see Acts 8:1-4 and 11:19-26). In 2020, a pandemic forced the church out of the routine of weekly services to face a world in need. While some churches focused most of their energies on figuring out how to meet together again as the top priority, many churches stepped up, looked outward, and stood in the gap to minister to their communities in ways that are God-honoring and surprising.

In the midst of this the uncertain moment we can't escape the desire to create predictions or answer questions about the future. Some people predicted the pandemic would spell the end of the large church or the end of the megachurch. Others say no, things will merely retract back to normal when the crisis finally passes.

I want to look at two lessons we can learn from the pandemic in terms of our outward call to love and reach the world: The moment we're in has provided unique opportunities for God's people to join him in the mission we're on.

The Moment We're In

We’ve witnessed things in this season that we haven't seen since World War II or the Great Depression. One example is in the sports world. March Madness got cancelled, which for college basketball fans was very maddening indeed. Fall sports were cancelled by the Ivy League, while other conferences made dramatic shifts in football scheduling. The Alabama Crimson Tide won the national championship, so at least some things are normal. Still, a host of bowl games were cancelled. The Masters Tournament was played in November!

We can’t deny the far-reaching challenges brought by our current moment. One of the questions we should ask of the moment we're in is: What are the things we need to learn to help us to be more effective long term in the mission we're on?

I don’t think this is the end of the large church. Before the Black Death they built cathedrals. They continued to meet in the cathedrals during the Black Plague, and they met in them after it was over. There's a resiliency to institutional structures that we've seen over two millennia.

During the Black Death, people that close contact with other people was a way the disease spread. They didn't know the exponential explosion might happen, which is what we've seen as well in places where there are large public gatherings. I'm of the view that we'll return to some sense of normalcy once vaccines have been disseminated and herd immunity is built up. We can be thankful that day is coming closer.

The Mission We're On

The moment we're in should inform us on the mission we're on both now and later. I think this is an opportunity for us to seize. And, by "seize" I don't mean doing something irresponsible or inappropriate. When we do go back to our understanding of “normal,” how can we as missiologists, pastors, and leaders help to perpetuate some of the new structures, the new paradigms of mission that people are exploring and engaging now in a very powerful way?

How can we help the church to not snap back like a rubber band, but instead create a new normal on the other side or even, to some degree inside the emergency that we're in? We hope to see God's people faithfully and fruitfully engaging in God's mission now that the church has left the building. So many churches turned their energy from preparing for weekly services and all the volunteers involved in the weekly gathering to look outward, engaging the community with volunteers caring for the poor, the sick, and the marginalized.

I hope we can raise a voice that says this moment we are in has some long-term opportunities and consequences. For example, how many people who didn't think they were church planters are right now leading a small group in their community for their church that met via Zoom? After leading well, pastors and leaders might recognize that they meet the 1 Timothy 3 qualifications for a pastor. We could see many church planters bursting out with new churches because people were given a greater sense of leadership. This may be the kind of church multiplication movement for which we have prayed and which we have sought.

Or, might there be a pushing of God's mission to the edges, to the periphery, one that we've all hoped and thought and prayed for now is taking place and could we help to accelerate it? In change theory, Kotter and others describe how when change comes, you get to a new normal. Then, you freeze that in place for a while. After a season something comes along and there's another new normal that you once again freeze in place.

What if we can say, "We get that summer of 2020 was not the new normal. But let's get to the place where we freeze a new normal with a much higher percentage of God's people engaged in mission distributed to the periphery in church planting and more."

It would be like our God to take our difficult moment of winter and turn it into a beautiful springtime of mission.

Leadership Lessons from a Pandemic: The Moment We're In and the Mission We're On

Leadership Lessons from a Pandemic: The Moment ...