The Equality Act is the most significant threat to religious liberty in a generation.
Ed Stetzer 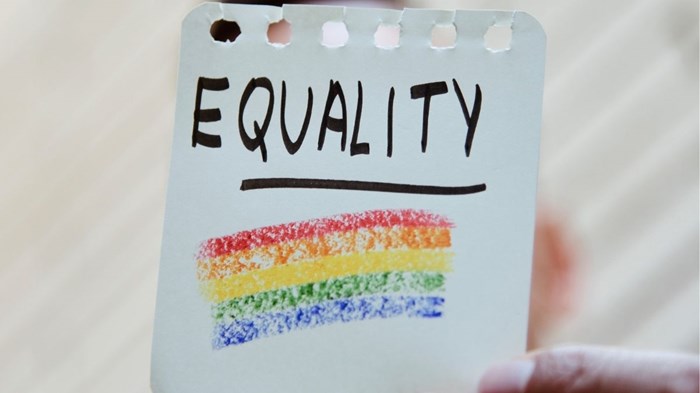 Image: By Juan Moyano via Canva

Just how far remains to be seen.

In all likelihood, based on a briefing I received yesterday, this won’t pass the Senate. However, since it will be global news today, it is still important now that we articulate our concerns.

The Equality Act will, eventually, pass. The question is what the final version will be.

I’ve spoken to members of Congress in the House and Senate, and to senior leaders in the Biden administration. Many (not all) assure me that there will be accommodations for the sincerely held religious beliefs of evangelicals, but also for Catholics, Mormons, Muslims, and people of no faith for that matter.

However, that’s not the rhetoric we are hearing and seeing today, in the halls of Congress and online. And, honestly, I think there is some naivety from some that their more progressive colleagues will actually want to find a compromise.

In October 2019 following the CNN Equality Town Hall meeting I tweeted this:

2019: We want the tax-exempt status of the churches, charities, and colleges revoked for your failure to change your views on gay marriage.

As I said in an article then, in the span of one decade the goal posts have been changed from "we just want equality" to "affirm the new orthodoxy on same sex marriage––or lose tax exempt status."

Let me be clear, I am not talking about churches losing tax exempt status, though that is exactly what some are requesting (and I was responding to Beto O’Rourke’s comment in that tweet).

Yet, it is important to note, stripping churches of their tax exempt status would not make it through Congress now or anytime in the near future. However, the Equality Act would indeed impact religious liberty and Christian mission at multiple points.

The Equality Act would have a significant impact on evangelical practice and mission in multiple contexts.

An article by the National Association of Evangelicals (NAE) stated in May 2019, "If the measure became law, many religious schools and charities would have to change their faith-based policies and practices, or face sanctions that could force them to close their doors."

At the time, NAE president Leith Anderson wrote a letter to congress arguing the following are likely outcomes if this becomes law:

Houses of worship and other religious spaces will be turned into places of “public accommodation”; Federal funds will be denied to thousands of houses of worship, schools and charities that currently receive them; Religious adoption and foster care providers would be devastated, harming innocent children and families; Many privately funded shelters for the homeless and victims of domestic violence would be rendered illegal, ripping a hole in the social safety net; Core rights would be stripped from religious colleges and universities; Houses of worship, religious charities, and religious individuals will lose the protection of the Religious Freedom Restoration Act; and Religious individuals would be forced to take part in weddings and funerals that violate their religious beliefs.

As I wrote after the Town Hall meeting:

The Equality Act would in essence say that our beliefs are unacceptable and that we must change.

Not Only Evangelicals Are Impacted

But evangelicals––though making up a significant percentage of the United States citizenry––are not the only group concerned about the Equality Act.

In an opinion at NBC News Rabbi Avi Shafran stated the obvious that "no religious American of goodwill wants to see gay or transgender people threatened in any way." However, he added:

"But millions of religious Americans of goodwill have deep, faith-based convictions about marriage and sexual identity, including, for example, that marriage is a holy commitment made by a man and woman to each other before God and that the Creator bestowed DNA and morphology as the only arbiters of gender identity. By vilifying those ideas, the Equality Act would vilify all who hold them to be true."

He commented that although the act on the surface will expand the 1964 Civil Rights Act to further forbid discrimination based on gender identity and sexual orientation, the Equality Act will go beyond it:

"Indeed, contrary to how it is often portrayed, the Equality Act wouldn't simply amend the Civil Rights Act to prohibit discrimination on the basis of sexual orientation or gender identity. The Equality Act would go a step further — and herein lies the radical rub — by cutting off avenues of appeal for any penalties imposed under the act.

Specifically, it would override the 1993 Religious Freedom Restoration Act, which gives people a way to challenge government requirements that they feel impinge on their religious rights."

President Biden, along with a Democratic controlled House of Representatives and with the narrowest of majorities in the Senate, could sign this into law. The issue at stake is this question: Can people dissent from the new majority view of marriage? What will be the penalty for those who based on religious conviction disagree with redefining marriage?

"The Equality Act also clarifies that the Religious Freedom Restoration Act (RFRA) cannot be used in civil rights contexts, prohibiting religious liberty — which is a core American value — from being used as a license to discriminate."

We should without any ambiguity or hesitancy affirm that all people––including those in the LBGTQ+ community––should be treated with respect and dignity. Their civil rights matter. But the Equality Act will swing the pendulum too far, creating a new discrimination toward those of religious conviction that go against the cultural flow we now see.

The Council for Christian Colleges and Universities (CCCU) explains this radical pendulum swing:

"The Equality Act fails to provide essential religious liberty protections that would allow a diverse group of social service and civic institutions to continue to thrive. In particular, as it relates to the sector of faith-based higher education that has religious convictions around marriage, human sexuality and gender, including CCCU institutions, these laws would conflict in ways that would put at risk their ability to hire and operate in accordance with their religious missions and would restrict student choice in an unprecedented way by preventing middle and low income students from being able to take their federal student aid to these institutions. Faith-based higher education has always been an essential element of the diversity of the higher education system in the United States—many of the first colleges and universities in the United States were religious—and it is essential that any protections for LGBT persons be paired with the essential religious freedoms that maximize freedom for all."

University of Virginia law professor Douglas Laycock spoke about this unbalanced impact of the Equality Act as well: "It protects the rights of one side, but attempts to destroy the rights of the other side," he said. "We ought to protect the liberty of both sides to live their own lives by their own identities and their own values."

Actions have consequences. The apparent consequences of the Equality Act becoming law are deeply concerning to many people of faith; the unintended consequences could be even worse.

Join the conversation on Facebook
Tags:
None
Posted:
February 25, 2021