Can You Be Both a Micro Church and a Large Church at the Same Time?

Rethinking the downward structure of church in a global pandemic.
Ed Stetzer 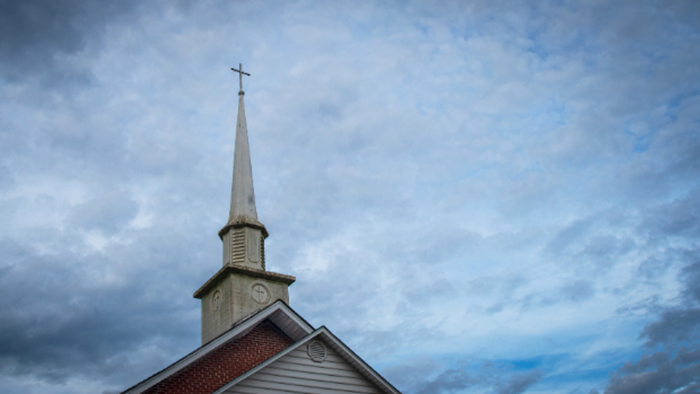 Can a church be both a micro church and a large church at the same time? If a few years ago you were to ask Tony and Felicity Dale, or read Felicity’s book Simply Church, or Neil Cole, author of Organic Church, or Wolfgang Simson and his book Houses that Change the World, they would’ve probably answered no.

However, while they’re all micro church advocates, they would probably acknowledge that the gravitational pull is still toward the large church.

Years ago, I facilitated a gathering of both megachurches and micro churches in Austin, Texas. Felicity Dale made it clear to everyone, “I'm not in competition.” Hill Country Bible Church, a local megachurch in Austin, was represented by its senior pastor, Tim Hawks. Tim and Felicity were really engaging as they dialogued. Felicity admitted (my paraphrase), “Our singing is really bad. There are 15 of us gathering in a room and we're really passionate about this, but then when I go to Tim’s church it's like literally being transported to heaven. The band's playing and people are really singing.”

Reflecting back, the merit of their interaction and the dynamics of their conversation raises an intriguing question that could unlock a great potential for the future of the church: Can micro and large coexist?

The rest of this article explores what used to be a dichotomized way of thinking about micro and mega, and the opportunity now—largely due to the pandemic—for bringing these church expressions closer together.

Downward Pressure and the Micro Church

Over the years, I’ve talked about what frustrates some of my micro (house, simple, and organic) church friends. There are 34 Western industrialized democracies in the world and there are no micro church movements similar to the ones we see in Africa, Asia, or Latin America among any of the non-majority world peoples. I've done the research and can attest to their frustration.

For many years, I was the missiologist for the largest Protestant denomination in America. I flew around the country looking for movements that people would refer to me or that I would read about in books. None of them were verifiable by actual research. There are no identifiable largescale micro church movements in the West, especially ones that meet the definition of a Church Planting Movement given by the missiologist David Garrison.

What are we to make of this?

One of the greatest common factors that make micro church movements possible in majority world situations—and perhaps, even a necessity—is downward pressure. In countries such as China and Cuba, the downward pressure has come from government suppression on all kinds of religions but especially Christianity. In other parts of the world, such as India, Bangladesh or Kenya, the downward pressure is more economics and social class. These are things that we haven’t explicitly experienced in modern Western democracies.

At least not until the coronavirus crisis and the lockdowns which began in the Spring of 2020.

Downward Pressure in a Pandemic

In Western societies that have touted religious tolerance and the freedom of assembly, what kind of downward pressure could cause someone to reconsider walking into a Hill Country Bible Church with all of its “heavenly worship” and amazing teaching? What is it that would create a downward pressure which pushes people to the periphery of church life in practice, and which opens up the possibility for a micro church movement dynamic?

If it’s ever going to happen, then it’s got to be as major as a global pandemic.

Now, we have seen dozens of global pandemics happen throughout the history of the church. When the Black Death swept through Europe, Christians met in cathedrals before, they met in cathedrals during, and they met in cathedrals after. They knew that being near each other spread the disease, and made concessions to minimize close contact. Like us, they had to pause and pivot. But they continued meeting in large gatherings and in large buildings. Such was also the case with the 1918 Flu Pandemic.

So, what is it about the coronavirus crisis in our time that could be different?

I don’t think it’s found in the circumstances as much as it is in the pervasive thinking that the church, especially in America, needs change. I think after decades of prayer and years of talking about missional innovation, some will actually seize this moment to do something about it. A large part of me feels that most churches will revert to what’s been their norm. I think the best predictor of future behavior is past behavior. But I also think that many will experiment with new ideas and approaches to church. I hope they will because I believe God is at work, particularly in the margins and in hard times.

I'm of the view that we are in the midst of a very bad, broken situation and are facing the greatest global crisis in our lifetime. But we could, in God's goodness and pushed by the pandemic with downward pressure, mobilize lay people as functional lay pastors, empowered for more decentralized ministries such as starting and leading micro churches.

This has happened before in history. In the 1700s, John Wesley in England and Theodore Frelinghuysen utilized lay preachers in their ministries in a season of great revival. Wesley’s use of them helped build a leadership structure in the Methodist church which was exploding with growth during that time. Frelinghuysen used lay preachers in his ministry among the Dutch Reformed in the colony of New Jersey. The practice became established among the Dutch Reformed in the colonies.

I believe that existing churches that are taking steps to train and equip lay people to serve as lay pastors and local missionaries will re-emerge in the post-pandemic situation with more workers for the harvest. Some could even find their church structure becoming more decentralized in their ministry, and functioning more as a network or family of smaller churches. For years, the cell church and small groups movement told us that life and mission happened best in small groups. Some churches have been putting this idea to the test since the beginning of the pandemic.

This was the dynamic I saw in the conversation between Felicity Dale and Tim Hawks, and this is a dynamic I am seeing now that I hope will remain even after the pandemic.

My colleague Daniel Yang is involved in starting a church of missional communities in Chicagoland called The Prodigal Network. Their leadership team is covocational focused on evangelism, discipleship, and developing leaders. The people that gather together in their living rooms and community spaces, who see each other day by day, and ask one another, “How are you doing spiritually? How are you growing? How are you using your gifts?” are far more likely to have a high percentage of members engaged in discipleship and ministry than if they were to come into a room where all are lined up in rows facing forward, like shelves at Walmart. They recognize the power of the small unit of church in their missional communities but are also leveraging the advantage of the big by networking their groups together.

Which brings us back to our question: Can we take advantage of the best of both micro and large? Right now, I think it’s possible and some are doing it aided by the downward pressure of the pandemic. But the bigger question is, can what they are discovering be sustained, and will others follow suit? Will the gravitational pull that draws people toward the larger church, and its dynamic worship and teaching like at a Hill Country Bible Church, be too strong?

This is a great time to have a greater sense of micro church engagement and involvement. I am glad we’re seeing some of it happen, and I hope and pray that we’ll see more. But the question remains whether we can create and maintain these sprouting micro movements once the downward pressure lets up.

For the sake of reaching all kinds of people, I hope we can.

Can You Be Both a Micro Church and a Large Church at the Same Time?

Can You Be Both a Micro Church and a Large Church ...