Donald Trump, character, and the consequences of conspiracies.
Ed Stetzer 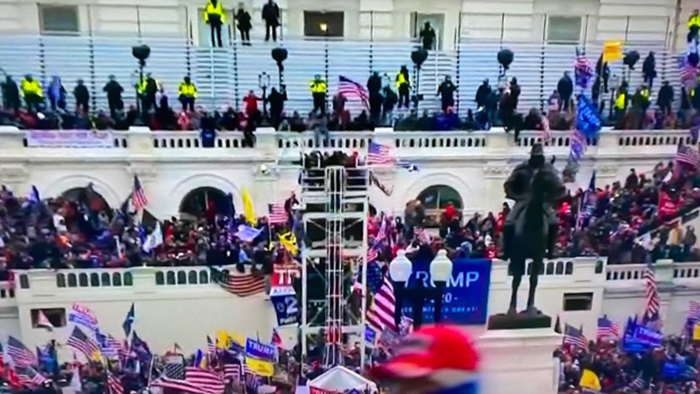 “Do not be deceived: God is not mocked, for whatever one sows, that will he also reap,” reads Galatians 6:7 (ESV).

This season of political sowing has brought the harvest we see at the Capitol today.

Parents teach their children that actions have consequences. Unfortunately, we have plenty of examples these days of people who never seemed to learn this lesson. And, most disturbingly, when these examples are those entrusted with power, the consequences are far reaching.

When a person has the most powerful job in the world, the consequences can last for generations.

This day will be remembered for years to come.

President Trump’s ongoing claims of massive fraud and his unwillingness to concede the 2020 election have had consequences. Trump told us that it would.

The president himself said:

And because of what you’ve done to the president, a lot of people aren’t going out to vote and a lot of Republicans are going to vote negative because they hate what you did to the president.

Trump’s actions have reaped the harvest before us.

The Georgia Senate races have been called for the Democratic candidates, which will have significant implications for religious liberty and the pro-life cause—both deeply important to me and many other evangelicals.

Trump made sure he was the issue on the ballot this week, and people voted accordingly, the ramifications of which will impact the very evangelicals that supported him for years to come.

Yes, many evangelicals reluctantly voted for Trump, acknowledging concerns about character, but aligning with his policies. However, the fruit is showing today, and evangelicals who have complicity must also condemn this illegality.

When peaceful protests, at times, turned into riots in the wake of the death of George Floyd many people (including Trump supporters en masse) condemned them out of hand. Now, Trump faithful are storming the Capitol.

What we see on our screen today is not a peaceful protest. Only in this case, the impact of the unrest in Washington, DC, has led to the evacuation of both the House and the Senate.

In the summer of 2020, after significant and important peaceful protests following the killing of Floyd, cars burned and cities were pillaged and looted throughout the US. Many of us joined in those peaceful protests to call for both racial justice and an end to the riots and violence.

Today, evangelicals must call this out for what it is, as they were eager to do last summer. This is an unprecedented breach of the Capitol by a lawless mob, involving many people incited by conspiracy theories—many of those theories circulated among certain (and even well-known) evangelical Christians.

The Defining Moments of Trumpism

Over the last few months there have been several defining moments that explain why President Trump lost the election, Republicans lost the Georgia Senate runoff, and how now Trump’s refusal to concede has inflamed some of his faithful to charge the Capitol in images that will be seared in the memory of American history.

These actions that will be remembered for decades.

When Donald Trump emerged on the political scene, many saw him as a breath of fresh air. Far from put off by his image as a fighter, voters were drawn to him because of his willingness to hit back. Yet this tendency won him just as many opponents as fans, particularly when he crossed lines into bullying, demeaning, and racist tropes.

Unleashing four years of personal assaults, Trump then amplified a wide range of conspiracies. It was, sadly, an embrace of tribal politics rather than an attempt to overcome it.

More than just sinking his campaign, this tactic betrayed a willingness to muddy the waters of truth in service to himself.

In the wake of the election, Trump has made repeated and unsupported claims of massive voter fraud.

To be clear, I support any politician and their campaign going through legal channels to challenge and present evidence of voter fraud and voting inconsistencies—but he had his day in court. His legal challenges did not prevail, often dismissed by judges he appointed.

On Sunday it was made known that Trump spoke by phone with Georgia Secretary of State Brad Raffensperger (R), asking him to “find” enough votes to help him win, indication those votes rightly belonged to him. This only served to motivate Democrats and raise concerns among many Republicans.

The way Trump has conducted himself cost Republicans the Senate this week. When you fill people’s minds with falsities of election fraud it, not so shockingly, depresses the vote.

In the coming months, I believe many more will see these things more clearly, as we sort through the damage done.

More than the political situation, I fear an enduring damage to our witness as (white) evangelicals have been so closely aligned with this president.

But there is also an evangelical reckoning to be had.

For now, we know three things.

And, so do conspiracy theories.