An interview with Downing on her new book about the life of Dorothy L. Sayers.
Ed Stetzer 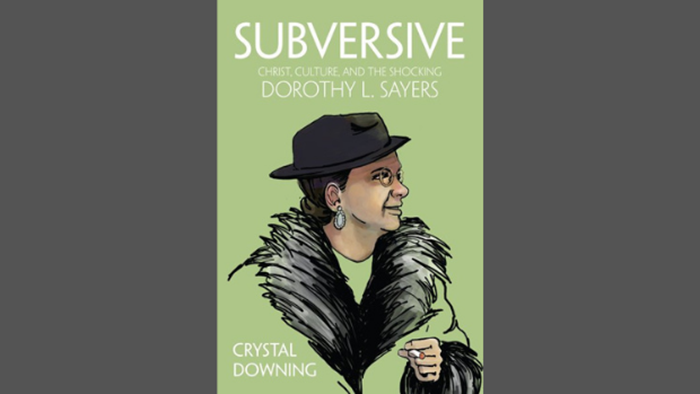 Image: Broadleaf Books
Today I welcome Crystal L. Downing, PhD on The Exchange to discuss her recent release Subversive: Christ, Culture, and the Shocking Dorothy L. Sayers. Downing is the Co-Director of the Marion E. Wade Center and co-holder of the Marion E. Wade Chair in Christian Thought at Wheaton College: a position she shares with her husband, David C. Downing. Downing is also a professor of english at Wheaton College, IL.

Ed Stetzer: Sayers’ name will not be as familiar to our audiences, but her influence will be. Tell us more about why people should know and engage her work?

Crystal L. Downing: C. S. Lewis identified Dorothy L. Sayers (1893 – 1957) as an important influence on his spiritual life, largely due to The Man Born to Be King, her series of BBC radio plays about Jesus. After Sayers sent him a published copy in 1943, Lewis developed a lively correspondence with her, reading through her plays for his Lenten devotions every year until he died. Stretching Lewis to think in new ways, Sayers can do the same for us, exposing what she calls an “idolatry” of language among Christians, as when she was attacked for not using King James English in the radio plays. Inundating Sayers with hate mail, Christians set up a nationwide censorship campaign, demanding the plays be taken off the air. Ironically, scores of skeptics who usually avoided religious programming listened to the broadcasts due to the controversy. And what they heard was the Gospel message in language that made sense to them. Sayers received thousands of letters reporting how the radio plays had led people to take the Gospel message seriously for the first time in their lives.

Ed: She did not publicly identify with Christianity for a long time. Why?

Downing: The daughter of a clergyman, Sayers never renounced her faith. Instead she compartmentalized it, largely due to the way she saw Christians using Jesus as a protector of the status quo. In her twenties, she published a verse drama exposing how believers, rather than proclaiming “For me to live is Christ,” act as though “For me to live is my party's political platform,” using Christ to prop it up. Her title, “The Mocking of Christ,” is as revelatory as her epigraph: “So man made God in his own image.”

Ed: How do her earlier writings (detective novels, for example) relate to her later works?

Downing: Sayers started writing detective fiction primarily to make money, inventing a decidedly non-Christian sleuth named Lord Peter Wimsey. After her novels became bestsellers, Sayers felt free to address more subtle issues in her fiction, such as “the integrity of work.” Her life changed in 1936 when, at age 43, she was asked to write a play for performance in Canterbury Cathedral. Feeling the need to assess how “the integrity of work” relates to Christian faith, Sayers finally embraced the Trinity as the primary guide for her life and her work.

Ed: The promotion for the book says, "Thanks to her unmatched wisdom, prophetic tone, and insistent strength, Dorothy Sayers is a voice that we cannot afford to ignore.” Why?

Downing: Young people today seem to be leaving the church in droves, some downright contemptuous of evangelicals. I wrote Subversive in response, believing that Sayers can shock the disenchanted, and those who love them, into seeing the truth of Christ in new ways. For example, in the plays valued by Lewis, Sayers has the penitent thief on the cross ask Jesus to “remember” him only because he feels sorry for this “loony” who thinks “he’s Goddamighty.” But when Jesus mentions seeing him in Paradise, the thief suddenly realizes that Jesus isindeed God Almighty, and he confesses his unworthiness. Sayers thus establishes that it is Jesus who saves the thief, not his belief. This helps her subvert notions that all religions lead to the same God: a subversion that informs much of my book. As far as Sayers was concerned, the truth of salvation through Christ does not change, and for that very reason our language about it and application of it must change as culture changes.

Ed: Your book makes the case that her approach may be an example for us to follow in these polarized times. Please unpack that more.

Downing: The Incarnation guided Sayers's engagement with culture. Doctrine that Jesus was both fully God and fully man was established in defiance of Christians who promoted either/or rather than both/and thought, as when Docetists preached that Christ was not fully human and Arians argued that Christ was not fully God. Sayers suggests that anyone who endorses the Incarnation and who desires to become more Christlike should therefore want to resist polarizing either/or rhetoric, often articulated with certitude as “either you support my denominational/political position or you are not a true Christian.”

In her radio plays she relates such thinking to Judas. Praised by Jesus for embracing His mission, Judas regarded the Triumphal Entry as politically incorrect for such a mission and therefore betrayed Jesus. In other words, Judas trusted his certitude more than he trusted Jesus. Though the word does not appear in English translations of the Bible, certitude seems to fuel political rhetoric today as much as when Christians wrote Prime Minister Winston Churchill protesting Sayers's colloquial radio plays.

She can guide Christians in the 21st century to be people of faith rather than certitude, followers of a both/and Christ who came to earth not to protect traditional practices, but to reconcile us to our Creator. And because we are created in the Creator's image (Gen 1:27), Sayers calls us to fulfill the imago Dei by becoming creators as well, developing new language that draws people to Christ rather than practicing an idolatry that drives them away.