The Biden administration support of religious school exemptions is making news, but the Equality Act is still a major concern.
Ed Stetzer 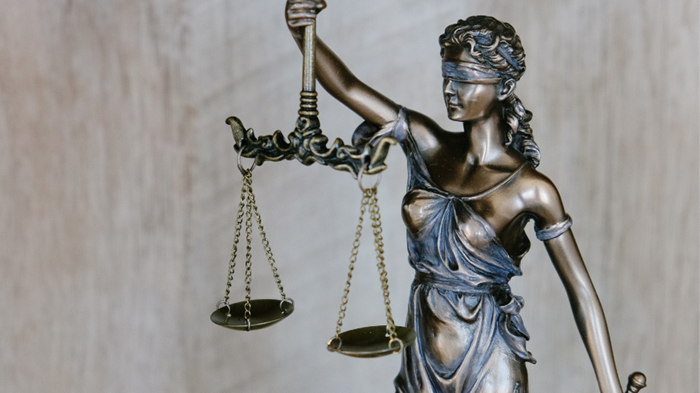 In a court filing Tuesday, June 8th, the Department of Justice (DOJ) said it intends to “vigorously” defend the religious exemption for religious schools allowing them to practice according to their belief.

This was a surprise to many, but it may be an encouraging one.

The court filing came as a response to religious schools and organizations feeling that their “interests will not be adequately protected” by the present administration. The DOJ hopes to assuage some of those concerns by affirming that their “ultimate objective is to defend the statutory exemption and its current application.”

Taking this in the best light, we can commend the current administration for making this nod in the direction of religious liberty. At a time in our society where many demean political compromise as betrayal and heresy, the commitment to listen to one another and find common ground is our only pathway out from our culture war nightmare.

As such, I’ve reached out and shared my thanks to the White House and hope others will as well. This could be a step in the right direction, considering the Obama Adminstration simply refused to enforce to Defence of Marriage Act. I sincerely hope that this is an indication that President Joe Biden will advocate for the concerns of religious schools.

Yet, there is more to the story to be considered.

As I always do, I try to support good things from whatever administration is serving. Yet, we also need to realize this is a complex situation with many nuances. This has been a trending topic on Twitter, with many strong opinions noted, particularly during Pride Month. (The Biden administration has been strongly criticized by LGBTQ+ advocates.)

Yet, some (such as Slate Magazine) report that this is not what it seems at first glance. Slate reports that the DOJ is "also trying to prevent a Christian organization from taking over the defense and mounting extreme arguments that could lead to a devastating subversion of civil rights law.” If it is true that the DOJ is taking the case to then weaken the religious liberty position, this would be a deeply unjust circumvention of our judicial system and similar to the very loophole partisanship Democrats railed against for the past four years. But assuming this defense was offered in good faith, this article will address the concerns many Christians and other people of faith see in the current form of and rhetoric around the Equality Act.

So, regardless of whether this is a sign of things to come or a strategic move of another sort, we should remember that “The Equality Act” is still coming. The Equality Act would amend the Civil Rights Act of 1964 to prohibit discrimination on the basis of sexual orientation and gender identity in employment, housing, public accommodations, public education, federal funding, the credit system, and jury duty.

The Equality Act will eventually pass in some form, and the DOJ could just as easily say (when it does) that they will defend the Equality Act—vigorously. However, we can support this news, and press toward a full resolution that recognizes the dignity and civil rights of LGBTQ+ persons and protects the religious liberty rights of schools—but also all people with sincerely held religious beliefs that conflict with what is now the overwhelming view of Americans.

The Implications of the Equality Act

First, many Christians affirm the biblical teaching that marriage is designed and created for one man and one woman, and any sexual activity outside of that covenant marriage is wrong. Second, we should also believe that members of the LGBTQ+ community are people made in the image of God, deserving dignity and respect that the church has historically failed to protect. Their civil rights should be a matter of importance for Christians.

Despite prevailing cultural narratives, these two truths can coexist.

The latest attempt to paint these truths as irreconcilable has been pushed forward through The Equality Act, new legislation that, contrary to its name, does not promote equality. It will create new discrimination toward those of religious conviction that goes against the current cultural stream. It targets anyone who believes that human sexuality is guided and shaped by the teaching of our faith. But it not only targets historic Christianity but also other religious institutions that hold to a traditional view of human sexuality.

A statement from the ACLU said this on the issue:

"The Equality Act… clarifies that the Religious Freedom Restoration Act (RFRA) cannot be used in civil rights contexts, prohibiting religious liberty… from being used as a license to discriminate."

What is particularly dangerous about rhetoric that taints religious liberty as a “license to discriminate” is its complete dismissal of historic Christian doctrine on sexuality, gender, and marriage to merely a matter of cultural prejudice. The Equality Act would, in essence, say that our beliefs are unacceptable in society, they must change, and we will face consequences for our unwillingness to do so.

In contrast, historic Christian teaching on marriage offers a robust vision of sexuality and gender rooted in human flourishing and kingdom mission. Far from motivated by discrimination, Christian communities, such as where I serve at Wheaton College, institute covenants that address sexuality precisely because we believe it has direct relevance to our spiritual life.

What we are seeing is rather than engage Christian teaching regarding sexuality, it is far easier to diminish individuals as bigoted.

This strikes at the heart of what the Equality Act fails to grasp about religious belief: it is a lived reality.

Several advocates for The Equality Act claim that the proposal allows both sexual freedom and religious freedom to coexist. People who make these arguments have a shallow understanding of faith. Under this law, religious faith is limited to a narrow, personal, and privatized understanding of faith. This kind of faith is not lived, this kind of faith is only felt. This is antithetical to most faiths, actually, but especially Christians who are called to “be doers of the word and not hearers only.” (James 1:22)

The Council for Christian Colleges and Universities, the “Christian organization” mentioned in the Slate artice explains some of the problems with the Equality Act:

"The Equality Act fails to provide essential religious liberty protections that would allow a diverse group of social service and civic institutions to continue to thrive. In particular, as it relates to the sector of faith-based higher education that has religious convictions around marriage, human sexuality and gender, including CCCU institutions, these laws would conflict in ways that would put at risk their ability to hire and operate in accordance with their religious missions and would restrict student choice in an unprecedented way by preventing middle and low income students from being able to take their federal student aid to these institutions. Faith-based higher education has always been an essential element of the diversity of the higher education system in the United States—many of the first colleges and universities in the United States were religious—and it is essential that any protections for LGBT persons be paired with the essential religious freedoms that maximize freedom for all."

What Needs to Happen?

First, we should without any ambiguity or hesitancy affirm that all people made in the image of God––including those in the LBGTQ+ community––should be treated with respect and dignity. This is not a political or optical maneuver. That is part of living out the Christian faith. Without affirming their sin, we must affirm their worth as image-bearers.

We can be concerned about civil rights and about religious liberty, and this DOJ decision could be a postive step, but we will need more information (and subsequent) action to be sure.

Ed Stetzer is professor and dean at Wheaton College, where he also serves as executive director of the Wheaton College Billy Graham Center. The Exchange Team and Dan Allen contributed to this article and has updated the article since posting.