Acknowledging the example of African American Christians to steward liberation for the church’s mission.
Sherelle Ducksworth 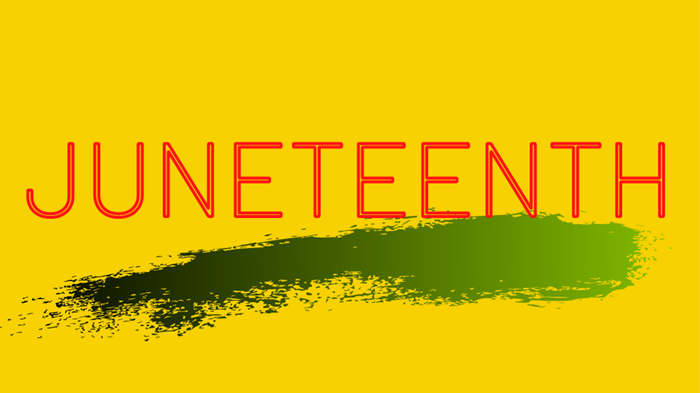 Holidays and missions are two things Christians and churches celebrate. We stand proudly on Memorial Day as we remember the sacrifice of soldiers. We listen to sermons on gratitude and praise God for His blessings on Thanksgiving. We watch videos about the legacy and impact of Lottie Moon and praise God for the fruitfulness of those on the mission field.

By now, many of us have heard of the holiday Juneteenth, though many Christians still don’t celebrate the day or recognize the fruitful mission work birthed out of the freedom of African American slaves. Though the liberation of the enslaved people is the only reason we need to celebrate Juneteenth, there is much to commemorate. I propose that we should also commemorate this day to recognize the missional fervor displayed by freed African Americans and the way they stewarded their freedom to continue a Christian legacy of fulfilling the Church’s mission.

In the midst of the Civil War, President Lincoln enacted the Emancipation Proclamation on January 1, 1863, which declared enslaved people in the Confederate states as free. Tragically, cities like Galveston, Texas utilized legal barriers to withhold the news of freedom from enslaved people. However, on June 19, 1865, the day is known today as Juneteenth, two months after the ending of the Civil War on April 9th, General Gordon Grainger brought the news of freedom to the enslaved people in Galveston. For years, freed black men and women and black enslaved people fought vigorously for the liberation of black people, and finally, they were free. To be clear, many social, economic, and legal barriers would come during Reconstruction and eventually Jim Crow that suppressed the full freedom of African Americans but to the slave on Juneteenth, freedom seemed promising.

Nevertheless, one of the most remarkable things about Juneteenth is the missional zeal displayed by African Americans after they were liberated. Thus, Juneteenth demonstrates how important physical freedom is for missions.

A revisionist history tends to speak of the growth of African American church and missions between the 1700’s to the 1900’s as a product of the Great Awakenings, Quakers, and the evangelism by slave masters. However, the liberation of enslaved people brought a significant growth in conversions, church planting and domestic and international missions among African Americans.

It is undeniable that African Americans were involved on the mission field prior to Juneteenth. Missionaries such as Lott Carey, who helped establish the Richmond African Baptist Missionary Society in 1815 and Daniel Coker who organized the first AME church in Sierra Leone in 1820 were prominent black missionaries before Juneteenth. However, Juneteenth enabled African Americans to act on their convictions to serve God by carrying out the Great Commission both domestically and internationally.[1] To enslaved people, Juneteenth removed barriers to the mission field and as a result they moved with fervor to proclaim the gospel of the God of liberation and justice.

The international mission work among black Americans increased dramatically after the Civil War, which ended 2 months before Juneteenth, with the number of free blacks between the ages 24 and 35 increasing from 86,000 to 665,000.[2] Many newly freed slaves were mobilized to take the Gospel to Africa and to black people throughout America, particularly in the South. Among those missionaries were black Baptists, Methodists, Presbyterians, and Pentecostals.

Between 1880 to 1883 the Baptist Foreign Mission Convention laid the foundations for future missionary endeavors and the movement for African missions gained momentum.[3] From 1892 and 1900, the AME church planted a number of churches in South Africa. Similarly, “by the beginning of the 20th century, the AMEZ church had developed within its church a widespread interest in missionary expansion in Africa.[4]

African American missionaries also traveled to places such as Canada and the Caribbean islands.[5] For example, the women’s missionary organizations such as the Woman’s Parent Mite Missionary Society in South Bend, Indiana began their mission work in places such as Haiti, Jamaica, and Sierra Leone in 1898.[6] Missionaries like the reverend George Liele, a freed slave and missionary to Jamaica, and reverend Prince Williams, a freed slave from South Carolina and missionary to the Bahama Islands, both seized the opportunity to take the Gospel to the islands.

After Juneteenth African Americans utilized their freedom to establish religious independence and create churches for black men and women. Historian Joe M. Richardson explains the zeal among newly freed slaves claiming, “long desiring religious freedom and repelled by discrimination in white churches, blacks after emancipation quickly began to renounce their old religious connections and form churches of their own.”[7] As a result, black churches sprang up quickly and frequently. Historian Paul Harvey notes, “After the war, independent churches and denominational organizations sprang up quickly in black communities, including thousands of small local congregations and major national organizations.”[8] African American church membership grew from 2.6 million to 3.6 million between 1890 and 1906, most belonging to newly formed black churches.

By 1906, the National Baptist Convention, a nationwide organization of black Baptists that had been created in 1895, claimed more than two million attendants, which was 61 % of all black churchgoers.[9] Beginning in 1896, Charles Harrison Mason, a COGIC preacher, began drawing large crowds to his holiness services and eventually worked with Charles P. Jones, and W.S. Pleasant to create the COGIC denomination, which embodied an intense desire for the mission field.[10]

Why do we commemorate?

Enslaved people marched out of slavery with feet walking towards their people, mouths proclaiming the Gospel, hands committed to working towards physical liberation, and eyes towards the coming Kingdom. Convinced that their God was a God of liberation and eager to spread their Christian faith, African Americans spread the Gospel and caused significant growth in black churches in America and missionary work domestically and abroad. So, we commemorate Juneteenth because we rejoice in the liberation of black enslaved people and acknowledge the example set before us by African American Christians to steward our liberation to fulfill the Church’s mission. 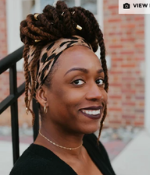 Sherelle Ducksworth is a native of Clarksdale, Mississippi and currently serves as a sociology instructor at Louisburg College in Louisburg, North Carolina. She earned an AA degree in general education from Coahoma Community college, her B.A. degree in sociology from Mississippi Valley State University, her M.S. degree in sociology with a concentration on social stratification from Mississippi State University, her M.A. in theology from Mid-America Baptist Theological Seminary and is currently working on a Ph.D. in systematic theology at Southeastern Baptist Theological Seminary. She and her husband Aaron currently live in Wake Forest, North Carolina, and attend Christ Our King Community Church in Raleigh, North Carolina.