Missions energy and focus is moving from the missions agency to the local (and ofter larger) church.
Ed Stetzer 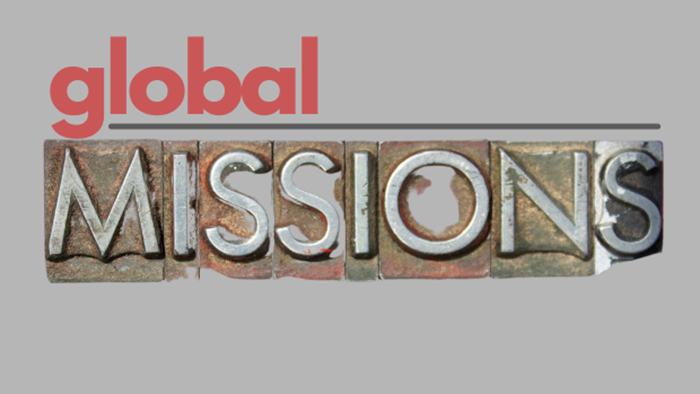 Image: Canva
Last year, I spoke at Missio Nexus, the fellowship and training group, on a clear shift in global missions. It’s a shift from missions agencies to local (often larger churches) leading in missions. This does not mean that missions agencies don’t matter— they have actually engaged that shift by resourcing local churches. The next few articles are taking from that talk at Missio Nexus.

The way by which evangelical churches—especially in the United States and Canada—participate in global missions has undergone subtle, but significant shifts over the last few decades. I refer to this shift in missional engagement as being “from agency to church.” By “agency” I refer to the prominent role of missions agencies like YWAM or Pioneers as well as large missionary-sending denominations like the Assemblies of God or the Southern Baptist Convention. Missional engagement has taken place throughout the world primarily through these missional agencies and denominations, but this is beginning to change.

In this short series, I am not encouraging disengaging from such agencies. Actually, I have consulted with several such agencies on how they can engage the substantial trend of local churches doing their own mission sending.

Mission agencies and denominations have long functioned as centers, both of missionary sending as well as missiological strategy and training. Agencies generally have well-established inroads in nations all around the world, with robust strategies and training to match them. Additionally, agencies often have established indigenous missions boards in local contexts around the world that partner with Western counterparts. This gives agencies a unique capacity to understand the needs and cultural mores of the context and therefore allows missionaries from the West to respond to the needs of the context with less collateral damage than a missionary who enters the culture without the insight of indigenous cultural informants.

Missions agencies and denominations have generally been funded through micro-donations from Western patrons and affiliate churches. For example, many Assemblies of God missionaries have been funded by a multitude of AG churches and individuals giving smaller recurring donations. This model creates opportunities for smaller churches to participate in missions by funding the missions strategy at smaller levels but in partnership with others.

With every strength, there are generally weaknesses to a model or method. Under the agency model, while smaller churches can engage in missions abroad, their missions strategy is largely outsourced to agencies rather than led and engaged by churches and congregations. When we reflect on the relationship between the local church and cross-cultural missions under the agency model we see how agencies and denominations have functioned largely as outsourcing agents to missions. Thus, the local church acts as the funder of missions strategy, but not an active participant in missions strategy. While the agency model does enable some churches the ability to engage in missions work through funding with little other involvement, it also possesses the negative impact of disempowering other churches, who do possess the means to engage in cross-cultural missions work by outsourcing its missions work.

Church Shift Number One: From Small Church to Large Church

Megachurches have been around for decades, and the number of megachurches in the United States continues to grow, despite the challenges brought on by the COVID-19 pandemic. The rise of the megachurch in the last several decades has meant that many local churches, because of their size, capacity, and funding, have become their own agency for global missions with the missions pastor as the leader. Megachurches are developing their own people to send. They are funding global workers at much higher levels. They are developing their own international connections, partners, and projects. They are taking on many of the roles that were typically done by mission agencies. Whereas smaller churches tend to view missions agencies or their denomination’s missions department as a missions-focused extension of themselves, larger churches see missions agencies and even denominations as potential missions partners. Megachurches want to engage in global missions on their own terms and work together with mission agencies to support and partner with their workers and projects.

This shift presents some opportunities. Some have explained that such missions appears to cut out the “middleman.” Technology and globalization have made it easier for churches to form partnerships that simply run cross-culturally, church-to-church. This is certainly simpler than a church-to-agency-to-indigenous agency-to church planter on the ground partnership.

While it’s true that the shift from agency to church does effectively streamline the missions process, there are still some deleterious effects from this change. There is increased potential to lose the missiological sophistication that established agencies bring to global missions in church-to-church partnerships without agency or denominational involvement. Agencies and denominations alike have functioned as a reservoir of knowledge and experience and have functioned as a key broker of information between missiologists in academia and boots-on-the-ground ministry. While missions agencies and denominations are informed by the missiological work being done in the academic world, they are also doing the informing for the missiologists about what is taking place in the field. Agencies and denominations can provide a treasure trove of history, expertise, and training. While there are notable exceptions, church-to-church partnerships have usually not taken advantage of that treasure.

As a result, we risk creating unintentional damage in cross-cultural contexts by ignoring economic and cultural differences that we do not understand, creating systems of dependency that agencies and denominations have fought hard to avoid over the years. Mission agencies and denominations have generally possessed a higher level of sophistication due to a century of mistakes and learning throughout the missionary movement of the 1900s. Many churches are now making the same mistakes as they engage in missions without this accumulated knowledge.

The need for missiological training

As local church missions pastors are playing crucial roles in this new paradigm of church-led mission, there is a crucial need in North American evangelical churches for training and diversity in the missions pastor role. Missions pastor roles today require a higher level of sophistication and thus require missiological and cross-cultural training and experience to be effective. Additionally, most missions pastors around the country are middle-aged white men. Diversifying this role with well-qualified pastors who are female or from other ethnic backgrounds and cultures would dramatically reduce the tendency toward Western dependency and paternalism.

In previous generations missionaries committed to a certain context for life, setting sail to the other side of the world and figuratively burning their boats or bringing their caskets with them. Few still follow this lifelong missionary model in a single location even though it is still necessary and important. Many changes have been brought on by the ease of global travel and communication which has changed the field workers' and churches' engagement in global missions. Today, missionary assignments, projects, partnerships, and travel are increasingly short-term instead of long-term. Many churches have shifted their focus from sending long-term workers to developing international partnerships and sending short-term teams for one to two weeks.

The challenge of partnerships

The newest edition of the Missions Handbook reports interesting data related to this topic. The number of long-term field workers (those serving four years or more) from North America (the US and Canada) has decreased by approximately 3-4 percent since 2010. Additionally, an increasingly important segment is mid-term field workers who serve overseas for 1-4 years. The number of mid-term workers decreases by 3 percent since 2010. Since the 1970s there have been exponential increases in short-term missions. This category of short-term workers serving more than two weeks but less than one year shows a significant decrease. The decrease is not just relative to 2008 but is significantly lower than the numbers recorded in 1996, twenty years ago. Since its peak in 2001, this category has been in steady decline.

This data does not report the number of people going on even shorter-term mission trips sponsored by churches for two weeks or less to work typically with church partners. Many churches heavily focus on engaging their congregation in global missions through the use of these short-term trips even though the immediate and long-term benefits of these trips are often questionable. Additionally, many churches are focusing on developing international partnerships with churches and organizations around the world and use short-term teams as the primary vehicle for engagement rather than on sending and supporting long-term workers. This is especially true for churches that have a shallow understanding and investment in global missions with untrained missions leaders.

Nevertheless, cultivating a long-term covenantal partnership with international partners is an encouraging shift in global missions which indicate that the North American church is learning to act with humility and mutuality as it engages in the Great Commission alongside friends in other parts of the world who often have the cultural expertise, connections, and resources to reach their own region better than Americans. As the shift from agency to church continues, large churches taking up this missional task can lean into the practice of deeply-rooted relationships with indigenous churches and organizations that foster relationships, between the leaders of those churches and the congregations as well.

The practice of global missions continues to change as the world has changed. The shifts that we see from agencies and the primary vehicle for missions to churches, from small church involvement to large church leadership, and from long-term sending of field workers to short-term sending of teams brings both positive and negative impact to global missions. We must continue to examine these shifts and practices so that the North American church can participate with the global church in the Great Commission in both healthy and strategic ways.

This article was compiled and edited by Heather Matthews, M.A., Coordinator of Partnerships and Academic Advising at Wheaton College Graduate School and Todd Korpi.