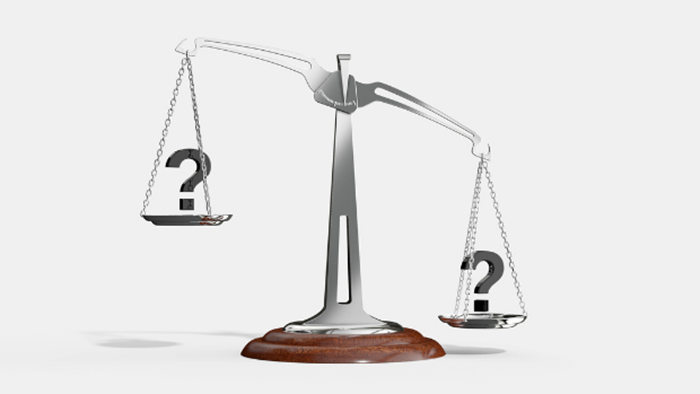 Image: Canva
I’ve written before on the Equality Act. As one who believes that all people are worthy of dignity and respect, I believe that we need to advocate for the civil rights of everyone— religious and irreligious, all races and creeds, and (as I wrote in my article) the rights of people who identify as LGBTQ+. Yet, I believe that the Equality Act fails do to this very thing. And, today, I’ve asked my old friend David Dockery to explain why.

H. R. 5, known as “The Equality Act,” was introduced in the United States Senate Judiciary Committee last week. The legislation would amend the Civil Rights Act of 1964 to prohibit discrimination on the basis of sexual orientation and gender identity in employment, housing, public accommodations, public education, federal funding, the credit system, and jury duty. H. R. 5 seeks to create a new protected class for people experiencing same-sex attraction or gender discordance from discrimination of any kind. At the heart of this effort is an attempt to dismiss ontological sexual differences as unimportant by redefining gender as only a matter of social construct.

The Equality Act, which has an appealing name, does not actually support equality for everyone. To the contrary, it targets people of faith for whom human sexuality is not merely a matter of personal opinion. Several advocates for The Equality Act claim that the proposal allows both sexual freedom and religious freedom to coexist, doing so by understanding faith primarily, if not entirely, as a private expression in one’s heart. Under this law, religious faith is limited to a narrow, personal, subjective, and privatized understanding of faith. For years, the brilliant sociologist Peter Berger insightfully and prophetically reminded us of the trends in our culture not only toward secularization and pluralization, but toward the privatization of faith.

Fellow citizens who hold positions of religious faith, however, understand that one’s faith is both objective and subjective, vertical and horizontal, as well as personal and communal. Faith possesses certain public dimensions that should not be outlawed simply because of changes in a public opinion poll. Human dignity must remain vital for every person since all humans are created in the image of God. Thus, all persons, regardless of their religious beliefs, should be treated with compassion and respect without regard to race, ethnicity, religion, or biological sex.

Unjust discrimination or harassment must never be tolerated in a pluralistic society and the desire to protect people from such unwelcomed actions is commendable. Where genuine unjust discrimination and harassment exists, all Americans, regardless of religious identity, should work together in a pluralistic society to seek to address such actions. As a nation founded with a commitment to principled pluralism, we want to honor every person’s right to gainful employment and to basic goods and services needed to live and flourish. People of faith want to work with others, demonstrating neighbor love, to ensure that these basic rights are protected and that nondiscrimination principles are protected. We want to see this take place, however, without confusing ontological differences between male and female.

When sexual freedom conflicts with religious freedom, The Equality Act devalues religious freedom, stating that “The Religious Freedom Restoration Act of 1993,” which was sponsored in the House of Representatives by then Congressman Chuck Schumer and in the Senate by Senator Ted Kennedy, and passed almost unanimously by Congress before being signed into law by President Bill Clinton, “shall not provide a claim concerning, or a defense to a claim under, a covered title, or provide a basis for challenging the application or enforcement of a covered title.” This language removes traditional religious freedom protections that have characterized Constitutional discussions since the days of the Bill of Rights. Appearing to target those who might disagree with the ideas put forth in the legislation, it effectively brings an end to the kind of dialogue that has long been important for a pluralistic society.

The Equality Act would become the first major piece of legislation in the history of the United States to exclude protections for religious freedom. The bill does not even recognize the sacred rights of religious congregations, communities, or denominations. In fact, it would discriminate against people of faith by adversely affecting religious schools, benevolence organizations, women’s sports, sex specific facilities, and conscience rights. If religious freedom entails the ability of people on their own to reach conclusions about their religious beliefs and to live out those beliefs in the community, the marketplace, and the public square in an unhindered way, then the so-called Equality Act will violate the religious freedom of millions of people in this country.

H. R. 5, which was passed in the House of Representatives this past month, and which President Biden has promised to sign into law, reveals the divisions in American culture. President Biden commented that “every person should be treated with dignity and respect, and this bill represents a critical step toward ensuring that America lives up to our foundational values of equality and freedom for all.”

Yet, this legislation has been called the most invasive threat to religious liberty ever proposed in America because of its intent to mandate understandings of sexual orientation and gender identity as expectations for all aspects of society. Anyone who maintains a traditional understanding of human sexuality, gender identity, and marriage will no longer be allowed to disagree out of good will and commitment to one’s beliefs but will treated as one guilty of discrimination. The bill also addresses abortion by including the language of “pregnancy, childbirth, or a related medical condition” as that which is forbidden by law. By including this language in the discussions of sexuality, anyone who refuses to perform an abortion would be guilty of sexual discrimination

As others have observed, The Equality Act, which reaches far beyond its basic goals, fails to differentiate between views that are morally repugnant from those that are culturally disfavored. It should be recognized that this would not just affect one particular religious group. This legislation moves against people represented across the entire landscape of the United States, all of whom cherish historical protections for the diversity of religious convictions.

Beliefs regarding sexual ethics held by Muslims, Jews, Roman Catholics, and Evangelical Protestants are supported by centuries of tradition, reason, and natural law, as well as by teachings viewed as special revelation by these various faith communities. The proposed legislation pushes against these perspectives and seeks to contain them in certain legal spaces deemed appropriate by public law. By doing so, it delegitimizes diverse points of view held by people of good will. Looking ahead, these perspectives will be viewed to represent malevolent ill will, labeled as a form of discrimination similar to racism.

Religious communities have also maintained an anthropological understanding that the human person is a unity of body and soul, a whole person. They have maintained that a person’s identity is not separable from one’s body. Sexual difference is a sacred dimension of human life and the beautiful complementarity between male and female should be celebrated. The Equality Act would thus burden people who have religious-based questions about the gender ideology movement.

If passed by the U. S. Senate, this legislation would create a hostility toward religious ethics in the court of public opinion resulting in the narrowing of opportunities for people of faith to serve in the areas of education, social work, counseling, healthcare, as well as other spheres. Extending beyond the impact of the Obergefell (2015) and Bostock (2020) Supreme Court decision, the missional, legal, financial, and cultural impact of The Equality Act on religious schools, non-profits, and benevolence organizations would be immediate and wide ranging.

Raising the LGBTQ community to a protected class at the federal level would greatly affect hiring rights, behavioral expectations, federal funding, and accreditation. Moreover, it would change the way that graduates of religious colleges are viewed when it comes to graduate school opportunities, job placement, and internships, making it more difficult for these schools to carry out their mission in a faithful manner, limiting their ability to serve society at large. Frankly, the bill is so pervasive, almost nothing would escape its sweeping influence, having implications for private businesses and individuals as well.

The Equality Act expands the meaning of public accommodations in ways that would violate the privacy of women and men, forcing a gender ideology not only on schools, but healthcare organizations and those who provide benevolence and charitable services. Some entities that would not normally be classified by law as public institutions will be considered such by H. R. 5. As a result of this legislation, if a Jewish synagogue, for example, rents its banquet hall for certain events, then they would be mandated to host events that they may consider immoral in their facility.

The Equality Act is anything but a step toward ensuring that America lives up to its foundational values of equality and freedom for all. With no ability to appeal to the Religious Freedom Restoration Act, the protection of conscience and religious liberty will be lost. People of faith, while recognizing that they now live as a cultural and cognitive minority, will need to work together, exemplifying conviction as well as civility and kindness, to support religious freedom issues as a first priority, recognizing the broad implications for many areas of private and public life in what Charles Taylor has rightly called “our secular age.”

David S. Dockery serves as president of the International Alliance for Christian Education and as distinguished professor of theology at Southwestern Seminary.