Untangling the multiple layers of today’s tragedy.
Ed Stetzer and The Exchange Team 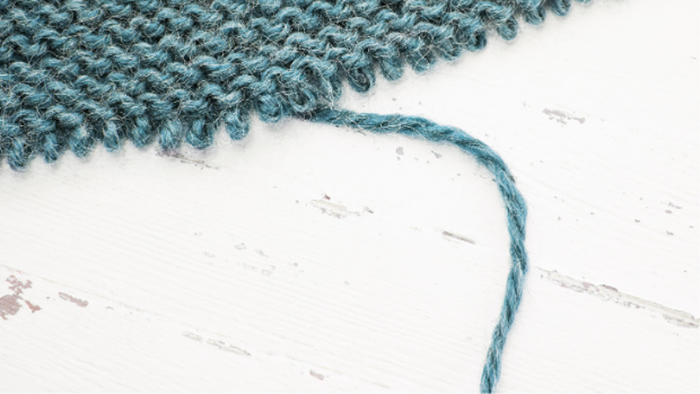 Tragedy is before us, but so is a time for thoughtful reflection.

A 21 year old man from Woodstock, Georgia, has reportedly shot eight people, including seven women, at Atlanta-area massage parlors. The Atlanta Journal Constitution is reporting that seven of the victims were Asian Americans. As of this writing, authorities are investigating whether to charge him with a hate crime.

This space is not a news space, but rather a commentary space. And moments like this can be a challenge.

Some will quickly say, “Nothing to see here. This is not connected to us.” Still others will see this as an indictment of Christians everywhere.

I think there is a better way.

So, I’m not here to speculate on what we do not know, but I am taking a moment of reflection regarding what we do—and I hope you will join me.

But, the victims matter. The murderer will not be mentioned here, but here are some of the name of the ones we know have died:

Yes, they are Asian names. And, yes, they are connected to massage parlors. The murderer claims he had a sex addiction and shockingly said acted to “eliminate” temptation. And, as is now widely reported, he goes to a Southern Baptist church that has been connected with Founders Ministries, now best known for its anti-Critical Race Theory efforts.

All of these should factor in our reflections.

It probably needs also to be said that when millions of us heard about murders at an Atlanta massage parlor, the predatory actions of Ravi Zacharaias came to mind.

So, let’s be honest: race, sex, and religion are all at work here, and that’s a hard topic to discuss.

But here we are.

In this brief article, I hope to help us think about several things. First, the place of religion in this story. Second, I want to talk about the place of racialization and racism in this situation.

Now, I know how it works.

Already people are looking for talking points online to show this was not racially motivated, or it was mental illness and not religion, or whatever else. But, people are dead. Women. Asians. All because the man who killed them decided to eliminate temptation.

There is a conversation that needs to be had, and it is complex. One short article cannot even address all the issues to consider, but we can start.

When asked why he wanted to murder eight women, the young man replied that they were a temptation that he wanted to “eliminate.”

To many this language seems odd-- and it should. Yet for many Christians, we know this idea is well worn in our common language and is perhaps drawn from Jesus’s words in the Sermon on the Mount. In Matthew 5, Jesus teaches, “If your right eye causes you to sin, tear it out and throw it away.”

For Christians, Jesus' words are an encouragement to take decisive action against sin in our lives. Yet central to Christian faith is the truth that you can never “eliminate” sin by sinning. What this man did was evil, wicked, and filled with sin.

It has been said that this man had a history of struggling with sexual addiction. According to his parents in a 2019 police report, he was “not suicidal, did not take any medication, and had no mental illnesses.” From all the information we have on him today, he didn’t see himself as the problem, he saw women as the problem.

And he took action to eliminate what he perceived as the problem.

And, that’s not just a problem in this situation.

Over the past few years, women theologians, historians, and church leaders have authored books on the intersection of women and North American Protestantism. Disturbingly, most identified common themes were the corrosive elements of Protestant theology of sexuality and gender. While claiming orthodoxy and resisting the tide of the sexual revolution, church leaders remained ignorant of how their rhetoric laid a foundation for misogyny and violence.

In one example, Rachel Joy Welcher outlines how many popular books on sexuality “use wartime imagery to communicate practical strategies Christian men can employ to fight sexual lust…. Depicting purity as an all-encompassing pursuit which involves one’s motivations, mind, and heart.”

As Welcher concludes, this constant stream of portraying women as dangerous sources of lust that need to be avoided inevitably shaped the way young Christian men perceived and acted towards women. In trying to guard men against the evil of pornography, church leaders failed to construct a positive theology of sexuality and gender.

Victim advocate Rachael Denhollander drew attention to this in response to the tragedy:

The man who murdered women in a massage parlor yesterday says he was "eliminating temptation" because he had a sex addiction.

He was a baptized member of an SBC church.

Brothers. Pastors. Seminary heads. How you teach sexuality matters. It can be life and death…

As church leaders, we must reckon with our role in shaping the culture that gave rise to these events.

Evil knows no denomination, but denominations need to look at their fruits. I’m a member of a church affiliated with SBC and I’ve engaged Founder’s Ministries over the years.

I have learned (and am continuing to grow) through conversation, reflection, and listening in those places and beyond. There exists an urgent need for all church leaders to examine how we teach biblical truths about men, women, and the imago dei.

It is hard work that requires clarity, repentance, and the grace of others. 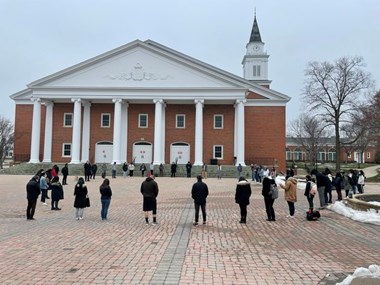 Daniel Yang, part of our team here at the Wheaton College Billy Graham Center, has also discussed Asian-American discrimination. I am thankful for Wheaton College students and faculty, who gathered today at noon with Ray Chang, Ministry Associate and President of the Asian American Christian Collaborative, for 8 minutes of silence to honor the victims. During the pandemic, we sought to address this issue early on, having Russel Jeung on the Stetzer Leadership Podcast.

As we listen to the cries of so many Asian-Americans today, it would be shameful not to acknolwedge their pain and to see this as the racially connected violence that it is.

All of the locations have been described in news reports as asian massage parlors. And, Daniel Yang asked, “[W]ill anyone point out that the Western sexual fetish for Asian women is racist?” So, yes, of course this is connected to race.

Too frequently we brush off the discrimination faced by our Asian American brothers and sisters because it does not fit into our narratives around race. Asian Americans bring a complex and rich tradition and experience to the church that is frequently underrepresented in broader conversations. It is grievous that it takes a tragedy on this scale to wake us up to their concerns or to highlight their voices in our midst.

There are so many threads to this knot that need to be slowly untangled. There are elements related to pornography, sex trafficking, religion, evangelicalism, Southern Baptists, and many others just outside our periphery.

But neither the complexity of this event nor the tribalism of our cultural discourse must not allow us to avoid self-reflection and scrutiny.

We must confront the reality that something is horribly wrong in our midst when a person kills to “eliminate” temptation. As we wait for more information from law enforcement, we must work to care for those who have been hurt and listen to the words of our brothers and sisters in faith regarding their own fears and concerns.

So, let’s pray for the victims' families that the Lord may grant them peace in the midst of such tragedy. Let’s stand up and alongside our Asian brothers and sisters.

And in the coming months, let’s continue the hard and painful work of confronting twisted and unhealthy theology that maligns and distorts the image of God in women (and men).

Ed Stetzer is professor and dean at Wheaton College, where he also serves as executive director of the Wheaton College Billy Graham Center. The Exchange team, including Sitara Roden, Andrew MacDonald, Josh Laxton, and Andy Cook contributed to this article. This article involves an evolving situation and will be updated accordingly.