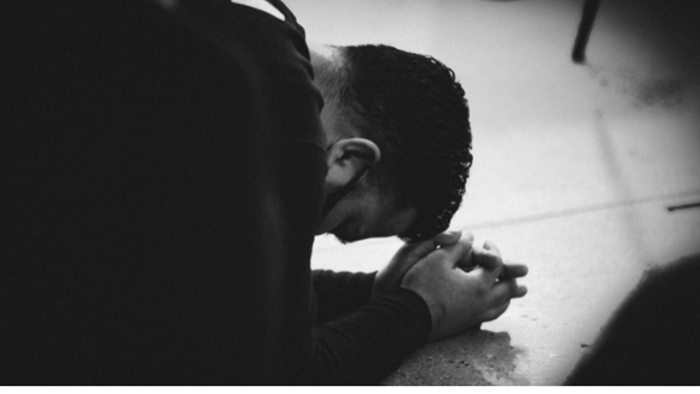 The Pattern of Church Discipline

One of the most misunderstood, abused, and even unused passages in the New Testament is Matthew 18:15–20. This passage isn't about confronting people who irritate you, or who don't do what you want, or who may have done or said something that offended you. This passage is about a brother or sister who sins against another. This sin could be of omission or commission. Nevertheless, it is about confronting those who engage in wrongdoing—those who live contrary to our all-perfect and all-holy God.

Suppose there is noticeable, identifiable, and public sin. In this case, a brother or sister is to go to the individual and point out the fault—where their life isn't following Christ. Jesus then says, "If they listen to you, you have won them over." However, if they ignore your rebuke, "take one or two others along," establishing the testimony of two or three witnesses" (18:16).

Again, suppose the person, in persistent sin, doesn't listen to the two or three believer’s admonishment to repent of their sin and thus has a hardened heart. In this case, the small confronting body is to share it with the larger body, the church. If the public acknowledgment of this person's sin doesn't soften their heart, lead to confession, and repentance. In this case, the church is to treat such a person as an unbeliever.

Church discipline— "the process of correcting sin in the life of the congregation and its members"[1] happens after two private acts and one public act of rebuke have failed. In other words, church discipline is the last resort for someone unwilling to confess and repent of identifiable and public sinful behavior defaming to Jesus, denouncing of the gospel’s work, and destructive to the witness of his body.

The Practice of Church Discipline

How do you know when to practice church discipline? Like we said earlier, believers are positionally perfect in the eyes of God as a result of Christ's finished work on the cross and his resurrection (1 Cor 6:11; Rom 5:9; Phil 3:9). At the same time, we still wrestle with our sinful nature. Therefore, if we still wrestle with our sin nature, and no one is perfect, when is it appropriate to implement the pattern of Matthew 18?

There are three occasions where the implementation of Matthew 18 pattern and process are essential.

First, where sins of scandalous or catastrophic behavior are revealed.

Sins of catastrophic behavior are those actions like incest—sleeping with your father's wife (1 Corinthians 5). Paul wanted the church to deal with such behavior immediately. Other catastrophic behaviors to the faith could be adultery, abuse, embezzlement, or denial of primary Christian doctrine. In other words, any sinful behavior which brings scandal or is catastrophic to the glory and fame of Jesus would require immediate implementation of the church discipline process.

Second, where sins of critical behavior are observed frequently.

These sins aren't catastrophic but are crucial—especially if done repeatedly. Such behavior might include outbursts of anger, gossip, slander, racism, and division. It may also include failing to take care of the family by working—as Paul says, "Anyone who does not provide for their relatives, and especially for their own household, has denied the faith and is worse than an unbeliever" (1 Timothy 5:8).

Third, where sins of carnal behavior are experienced consistently.

Here we are thinking about the small ordinary things over time that may reflect whether or not a person knows and follows Jesus. For instance, failing to participate in corporate worship, giving, or serving the body for a long time may indicate something is wrong at the heart level (1 Jn 2:19). As a result, church leaders may want to reach out to such believers and inquire about where they are in life. In essence, this is just good shepherding. Shepherding well, may lead to confronting consistent patterns that are incongruent with pursuing Christ. In unrepentant and extreme cases, this might include purging people from the church membership rolls. [2]

Jonathan Leeman offers an overview of the progression in the pattern we see in Matthew 18:

“The process should involve as few people as possible.

This principle clearly emerges from Matthew 18:15–17. If a one-on-one encounter yields repentance, good. If it takes two or three more, then leave it at that. A matter should only be taken to the whole church when all other avenues have been exhausted.

Individuals should receive the benefit of the doubt.

As we have already observed, Jesus prescribes something like a careful judicial process in Matthew 18:16 “that every charge may be established by the evidence of two or three witnesses.” Charges must be established. Evidence must be presented. Witnesses must be involved. Christians should move slowly and carefully, and churches should approach discipline cases with something like the courtroom principle of “innocent until proven guilty.”

Church leaders should lead the process.

Sin is deceitful and complex. It’s easy to be deceived. Jude, therefore, writes, “have mercy on those who doubt; save others by snatching them out of the fire; to others show mercy with fear, hating even the garment stained by the flesh” (Jude 22–23). Once a matter of discipline moves beyond the first step or two, church elders should lead the process. The Holy Spirit has given them oversight over the whole congregation (Acts 20:28). Therefore, they should ordinarily be the ones determining whether a matter should go to the whole congregation.

Church discipline should involve the whole church. Different denominational traditions have different ways of involving the entire congregation in the process of formal discipline. But no matter the denomination, leaders should look for ways to “tell it to the church” (Matt. 18:17). Discipline, particularly in its final stages, is a deeply significant event in the life of a body, which, by virtue of our shared union in Christ, every part surely does own. Pastorally, it’s a significant event that every part surely should own.”[3]

It is worth noting that neither Leeman nor we are encouraging following these standard processes for alleged criminal behavior, particularly where others are at risk. For example, in a sexual abuse case, church leadership should call the police, who should handle the investigation. There may be church discipline in that case as well, but the first step is to call the police.

Church Discipline Does a Body Good

God calls his people to be holy as he is holy (Lev 19:2; 1 Peter 1:16). Church discipline is never to be entered into lightly but soberly. With humility, for apart from the grace of God, we are all in danger of straying from the holy God we love.

How can the people of God be consecrated and set apart from the world when some act contrary to Christ? The simple answer is, they cannot. Thus, in cases of scandalous or catastrophic sin or where sin is frequently repeated, churches will need to embrace church discipline. Doing so will promote a healthier (and holier) body that images the light of Jesus in a dark world.

Auburn Powell and Mark Gossage contributed to this series.