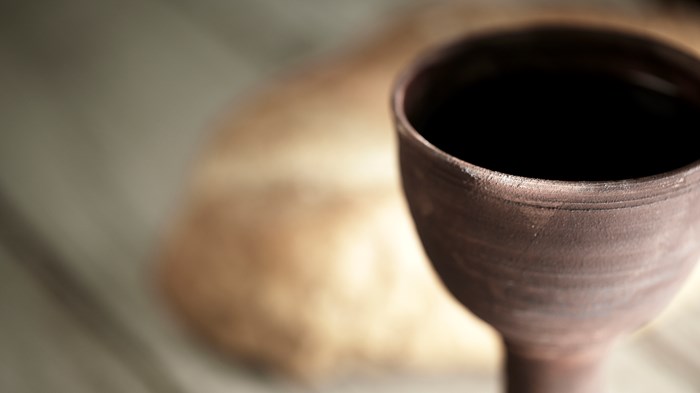 Amid the bustle of Palm Sunday, Good Friday, and Easter, Maundy Thursday is easy to overlook. Few calendars label it, and some churches don't observe it at all, though it may be the oldest of the Holy Week observances. It's worth asking why, and how, generations of Christians have revered this day.

"Maundy" comes, possibly by way of one or more European languages, from the Latin "mandatum," meaning "command." The reference is John 13:34: "A new command I give you: Love one another. As I have loved you, so you must love one another." Jesus spoke those words at the Last Supper, which took place the Thursday before Easter.

Protestant churches that do observe Maundy Thursday may offer a dramatic re-enactment of the Last Supper or another special Communion service. Foot-washing services and adapted Passover Seders are also fairly popular, especially in Anglican, Lutheran, and other liturgical Protestant churches. Not surprisingly, Protestants generally stick close to biblical texts when constructing a special service. Catholic and Orthodox traditions add a few other elements to the observance.

In the Middle Ages, Maundy Thursday was sometimes called Shere Thursday, "shere" meaning "pure" or "guilt-free." ("Shere" also had something to do with shearing, as it was customary for medieval men to cut their hair and beards on this day.) Medieval Christians achieved purity by performing penance throughout Lent. The Catholic church recognized the achievement by formally reconciling penitents and, in some areas, giving them a green branch. New converts who had prepared their hearts, and memorized their creed, during Lent were purified through baptism at the Thursday service.

Because of the Maundy Thursday connection with baptism, it has long been Catholic custom to consecrate the year's supply of holy oils for baptism, anointing the sick, and Confirmation on this day. Orthodox clergy take time during the liturgy to prepare the "Amnos," the Communion elements that will be given to the sick throughout the year.

A few European countries have added cultural observances to the list of church traditions. In England, the monarch distributes small purses of Maundy Money to elderly residents of the town selected for each year's service. The practice dates back to 1210, when King John gave garments, knives, food, and other gifts to poor men on Maundy Thursday in accordance with Christ's mandate to love others. Germans, who call the day "GrÜndonnerstag" ("Green Thursday"), eat green vegetables, especially spinach. The association with green may come from the gift of green branches to penitents or from a confusion of the old German words meaning "green" (grun) and "to weep" (greinen).

It's common to hear from the pulpit that no one can fully appreciate the joy of Easter Sunday without experiencing the darkness of Good Friday. But the disciples would have been bewildered by both without the lesson of Holy Thursday. The day they received the command to love, had their feet washed by a king, and first understood the link between the Passover sacrifice, Christ, and the bread of life, shouldn't be missed by any of us, even if the calendar shows a blank square.