When and why the date for Easter is different from year to year.
Steve L. Ware

Why the changing date of Easter?

The question of the proper date for Easter—the most important festival on the Christian calendar—is another of those fascinating and complicated odysseys in the history of Christianity. It begins at the Council of Nicea in 325, where, after settling the Arian controversy, bishops debated the correct formula for determining the date of Easter. The Eastern bishops (those from Eastern Europe and western Asia) preferred scheduling Easter in conjunction with the Jewish Passover celebration, because the Gospels place the death and resurrection of Jesus during that time. Also, since most Eastern Christians had come from Jewish roots, this practice gave them continuity with past traditions. The Western bishops, however, disagreed with the Eastern practice, because few Jews lived in their regions. They favored a date in conjunction with the solar beginning of spring, which was the time of many pagan celebrations. 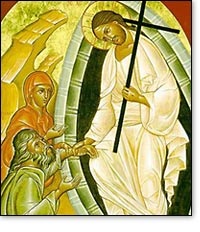 The Nicene Council itself did not resolve the matter, other than stipulating that Easter should be celebrated on a Sunday. Shortly after the council, however, Emperor Constantine sent a letter to all Christian leaders not present at council encouraging a uniform celebration of Easter that ignored the Jewish calendar, since Jews had largely rejected Christ. No formula for determing the date of Easter was universally accepted in the West until, under the influence of the Venerable Bede (c.673-735), the method of Dionysius Exiguus (c.500-550) was widely adopted. This system scheduled Easter on the first Sunday after the first full moon after the spring equinox.

Linking the schedule of Easter to the beginning of spring didn't completely solve the problem, however, because the Julian calendar, in use from the Roman era until the late sixteenth century, had a small flaw: its solar year of 365 and one-fourth days was 11 minutes, 17 and one-half seconds too long. This seemingly tiny error adds up to slightly more than three days in the span of 400 years. That is why, despite learned astronomers' best calculations, the church found its Easter calendar in need of adjustment on a regular basis. That is also why, when the calendar was reformed under the approval of Pope Gregory XIII in October 1582, it was necessary to eliminate ten entire days to correct the error (the day after October 4 was declared to be October 15).

Even with the Gregorian Reform, the date for Easter can vary widely, since it is still partly dependent on lunar cycles. The advantage of the Gregorian Reform, especially after it was adopted in England in 1752, was that it facilitated an accurate and uniform celebration of Easter across the entire West. Occasionally, the Western celebration of Easter even coincides with the Eastern Orthodox date. (Their Easter is still calculated by the Julian calendar, and their calculation of the paschal full moon is five days later than the astronomical full moon—thus the Eastern and Western dates can vary by as much as five weeks.)

Since the date of Easter also affects a great number of secular affairs in many nations around the world, some people have suggested that Easter be given a fixed date, or at least that the range of possible dates be narrowed. Perhaps because we have finally come to terms with a relatively accurate calendar and a reliable method for determining the date for this all-important festival, no large ecclesiastical body has taken the lead on this reform (though the Vatican and the Church of England have looked into it).

For a more detailed explanation of the wandering date of Easter, click here.