To find the answer, we must look to the Councils of Jamnia...
Elesha Coffman 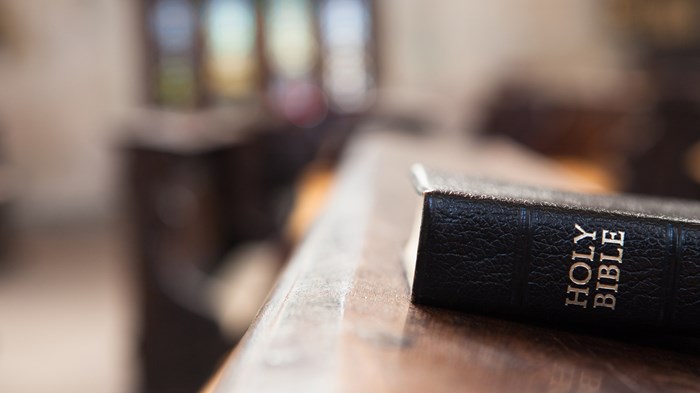 The Protestant Bible, of which the NIV is one version, is seven books shorter than the Bible used by Roman Catholics. But Protestants didn't just take out books; they used a different standard of what should be in the Bible.

The Hebrew Bible has 24 books. This list, or "canon," was affirmed at the Councils of Jamnia in A.D. 90 and 118. The Protestant Old Testament includes exactly the same information, but organized into 39 books. For example, the Hebrew Bible has one book of Samuel, while the Protestant Bible has I and II Samuel—same book, but divided into two parts.

In addition to these 39 books, the Catholic Old Testament includes Tobit, Judith, Wisdom of Solomon, Ecclesiasticus (Sirach), Baruch (includes the Letters of Jeremiah), I and II Maccabees, and additions to Daniel and Esther. These books were included in the Septuagint, a Greek translation of a different Hebrew canon. Early church fathers, who relied on the Septuagint (they could read Greek, but not Hebrew), sometimes quoted these books as Scripture. The status of the books continued to be debated throughout the Middle Ages.

At the time of the Reformation, Protestants decided that, because the additional books weren't in the Hebrew Bible, they shouldn't be in the Christian Bible, either (though they were included in early editions of the King James Bible). Catholics, at the Council of Trent (1546), decided to keep the "deutero-canonical" books.

Incidentally, Protestants and Catholics use the same New Testament, the content of which was defined by Athanasius in 367.

For more on this topic, see Christian History Issue 43: How We Got Our Bible.