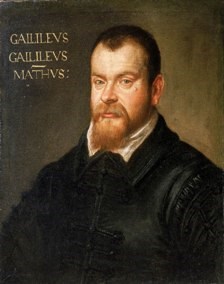 I've got to admit: Google's Galileo logo on Tuesday was pretty cool. The site explained that it celebrating the "400th Anniversary of Galileo's First Telescope."

Well, that's accurate in its generality if not in the specifics. On August 25, 1609, Galileo first demonstrated his "spyglass" to officials in Venice. He apparently created it sometime earlier.

Yes, that's an annoying nitpick that completely misses the point of the celebration. Let's call Google close enough. But far less accurate are many of the other big "facts" that went through people's minds when they heard of the anniversary this week.

No. Others had figured out that if you put two lenses together you could see distant objects. Dutch lensmaker Hans Lipperhey applied for a patent in 1608. Galileo's was better. But it wasn't his first. As he later wrote:

About ten months ago a report reached my ears that a certain Fleming had constructed a spyglass by means of which visible objects, though very distant from the eye of the observer, were distinctly seen as if nearby. [The report] caused me to apply myself wholeheartedly to inquire into the means by which I might arrive at the invention of a similar instrument. This I did shortly afterwards, my basis being the theory of refraction. First I prepared a tube of lead, at the ends of which I fitted two glass lenses, both plane on one side while on the other side was one spherically convex and the other concave. Then placing my eye near the concave lens I perceived objects satisfactorily large and near, for they appeared three times closer and nine times larger than when seen with the naked eye alone. Next I constructed another one, more accurate, which represented objects as enlarged ...

Six Wrong Things You Thought When You Heard ...