With diversity up and the economy down, these Sabbatarian statutes could be coming off the books. 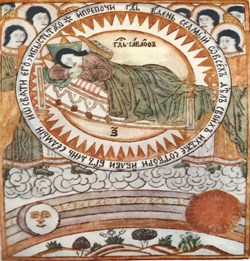 "Blue laws" do not appear in the indices of any of the American church history survey texts on my shelf (I looked), but in many parts of the country these quirky codes are some of the most enduring reminders of a bygone era. You can't buy a car at a dealership on Sunday in Colorado, Illinois, Indiana, Iowa, Louisiana, Maine, Michigan, Minnesota, Missouri, Oklahoma, North Dakota, Pennsylvania, or Wisconsin. Rules governing purchases of alcohol on the Lord's Day are far more complicated. On Sundays, you can't buy alcohol between 4 and 8 a.m. in New York (but if you want to get blasted before the late church service, go right ahead), between 2 and 10 a.m. in Arizona, before noon in Michigan, or at any time in several states. In some places, you can buy beer or wine, but not liquor, on Sundays, and in others, you can buy warm drinks but not cold. And, of course, almost no one gets mail on Sunday - unless you live in Seventh-day Adventist enclave Loma Linda, California, where you can't get mail on Saturday instead.

All of this could be changing soon, with potentially considerable consequences.

Though the etymology is murky, the "blue" in "blue laws" seems to refer not to blue paper or blue-bound law books but to a pejorative descriptor for Puritans, as in bluenose and blueblood. Puritans do not entirely deserve their reputation as killjoys, but they did take their Sabbath seriously, restricting trade, travel, entertainment, and sex, among other things. They did not, however, originally forbid drinking on Sunday. Those laws came later, after alcoholic beverages grew more potent and water supplies were purified.

Health and holiness were never the only reasons behind Sabbath laws. True, 19th-century revivals often spurred campaigns against such impieties as Sabbath-breaking and drunkenness, but cultural protectionism lay behind some blue law crusades as well. Jews and Seventh-day Adventists, especially in the West, sometimes found themselves targeted by efforts to halt business on a day they did not recognize as the Sabbath, while Roman Catholic immigrants felt particularly acute Protestant hostility on Sundays. For many immigrant laborers, Sunday was their only day off. Already frustrated by restrictions on alcohol (a classic attack on "rum, Romanism, and rebellion"), immigrant workers were disproportionately burdened by Sabbath-day store closings and public transportation stoppages.

Blue law backers shifted over time. After New England religion lost much of its hard-edged holiness, blue laws remained in place to promote general sobriety and, at least as important, the social status quo. It is important to remember that, generally speaking, the same people who fought for abolition went on to champion woman suffrage and Prohibition, all ideas considered "progressive" in their day. By the 1920s, though, liberal and conservative Protestants began to split on this and so many other issues. A 1920 New York Times article highlighted the opposition of the Rev. Dr. William T. Manning, rector of Trinity [Episcopal] Church, to a coalition that sought to make "church the only place to go and home the only place to stay" on Sunday. Rev. Manning proclaimed that a return to the Puritan-style Sabbath would "injure religion" and protested that "God is near in joys also." From that decade forward, morality legislation became increasingly identified, sometimes aptly and sometimes opportunistically, with the born-again wing of American Christianity.

Much of the fervor behind Sabbath-keeping has dissipated. Now that so many people worship different gods, or no god at all, hitting the grocery store - or the bar - on Sunday raises far fewer eyebrows than it might have years ago. (I still do not recommend that you mow your lawn on Sunday morning in my small Indiana hometown. You will get looks.) More important, in this economy, cash-strapped states crave revenues raised on products like beer and cars. And so, from South Carolina to Minnesota, Connecticut to Texas, lawmakers are working to scratch blue laws and open for business on Sunday.

Regarding the bottom line, in places like as Connecticut, where residents have regularly crossed borders to make Sunday purchases under less restrictive laws, the local economy stands to gain. Otherwise, it seems likely that many consumers will merely spread their (decreasing) purchases over seven days instead of six. Some store owners might even decide that it isn't cost-effective to open on Sundays, considering the extra staffing required.

Regarding culture, the impact of vanishing blue laws could be larger. A study in New Mexico in 2006 found a sharp increase in drunken driving on Sundays after that state dropped its Sunday ban on packaged alcohol sales. A broader study published by MIT and Notre Dame economists in 2008 found that the repeal of blue laws led to decreased church attendance, decreased donations to churches, and increased alcohol and drug use among religious individuals. These wide-ranging effects cannot easily be pinpointed to specific causes, but one of the latter study's authors, Daniel Hungerman, suggested to Christianity Today that blue laws might have been fulfilling their original intent, to keep people pious.

Whatever the outcome of contemporary legal wrangling, we have surely wandered far from the picture presented by Alice Morse Earle in her 1909 book The Sabbath in Puritan New England: "Sweet to the Pilgrims and to their descendants was the hush of their calm Saturday night, and their still, tranquil Sabbath, - sign and token to them, not only of the weekly rest ordained in the creation, but of the eternal rest to come."