Christian tradition finds meaning in each of these mysterious monikers.
Chad Ashby

They’re the three men in glittering velvet robes and fake beards in the living nativity at church. Sometimes they tow a live camel. Bearing gifts, they traversed afar, following yonder star through the back of the sanctuary in the grand crescendo of our beloved annual Christmas pageant. I’m speaking, of course, of the Magi. Or is it wise men? Wait, kings?

Perhaps if Luke the historian had written about them in his Christmas account, we might have had precise details. But Matthew’s account is vague, shrouded in mystery: “Now after Jesus was born in Bethlehem of Judea in the days of Herod the king, behold, wise men from the east came to Jerusalem…” (Matt. 2:1).

Intrigue swirls around these festooned foreigners. Where did they come from? With a wink Matthew writes, “the East.” Indeed, his description is so utterly “specific” that church traditions in dozens of countries claim to be their country of origin. And who were they? Technically speaking, Matthew calls them magi—but what are magi? Are they kings? Wise men? Sorcerers? Astrologers?

Christians have been trying to nail down their identity for millennia. As early as A.D. 200, Tertullian was laying out arguments that the Magi, while astrologers by trade, were considered kings. To the contrary, John Calvin felt strongly about anyone who would label them “three kings”: “Beyond all doubt, they have been stupefied by a righteous judgment of God, that all might laugh at [their] gross ignorance.” Adding a further wrinkle, first-century naturalist Pliny the Elder wrote several chapters about the Magi wherein they sound more like something from a Harry Potter novel. He details their skill in magic ... 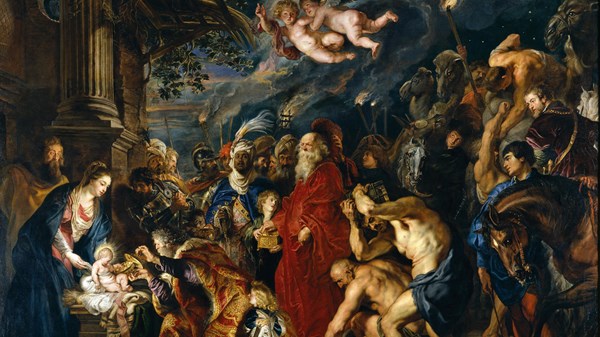