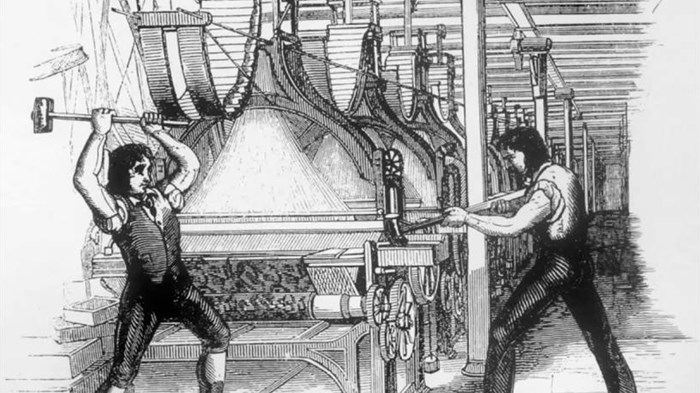 “What experience and history teach is this — that nations and governments have never learned anything from history, or acted upon any lessons they might have drawn from it.” —Georg Hegel

In the developed world, we have become accustomed to “high tech” being part of our lives. What would happen, however, if it became the whole of our lives? What might happen if this next phase of technology is not handled well? If I let my imagination run a little freely, this might be a near-future “top of the news” story:

As Americans woke and turned on their video walls to watch the news, the scenes from the previous night were of men in dark coveralls, attacking long distance semi- trailer trucks.

The target of their anger was a fleet of “robo-trucks” the latest commercial product from a revitalized American Motors. The trucks were owned by Transat –Trans American Stateline Automated Trucking Company, the first major automated trucking company operating in America. This exciting and low-cost technology, which allows autonomous hybrid hydrogen/electric-powered, high-capacity trucks to be controlled along the freeway by one operator in a central location, has rapidly transformed the transportation and logistics industries.

The President and Congress condemned the attacks as “techno terrorism,” but an anonymous video claiming credit for the attacks argues laborers displaced by robots have no recourse. The federal government has been looking into programs to create new kinds of jobs or offer a social wage to those displaced, but early estimates suggest it may be years before effective policies are in place.

This future scenario is, of course, fictitious, but it is also ...